You are here: Home / Books / Book Reviews / Looking for La La by Ellie Campbell | Book Review
Thanks for sharing! 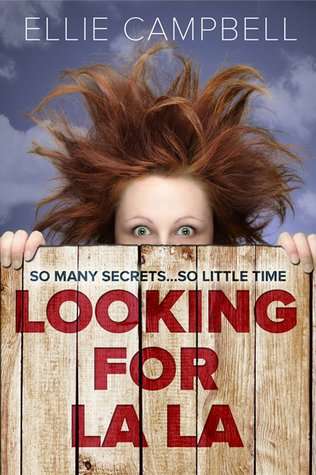 In a recent survey 65% of mothers admitted feeling undervalued, over-criticised and constantly tired.

Cathy is no exception. Her dull, uneventful days as a stay at home, mother of two, are radically transformed however with the arrival of a heavily lipsticked postcard addressed to husband, Declan. Who is the mysterious La La? Could Declan really be having an affair? And is Cathy actually being stalked?

Whatever – it will definitely prove riveting gossip for the Tuesday Twice Monthlies, Cathy’s ‘Mothers Restaurant Research’ group where scandal flows as recklessly as the wine. But what starts as a light-hearted investigation with best friend Raz, soon turns into something much more sinister.

With a possible murderer on the scene, a sexy admirer igniting long-forgotten sparks, and all her friends hiding secrets, it’s not only Cathy’s marriage that’s in jeopardy. Add in the scheming antics of Declan’s new assistant, the stress of organising the school Save The Toilet’s dance and the stage is set for a dangerous showdown and some very unsettling, possibly deadly, revelations.

Thanks to the authors of Looking for La La I had the chance to read and review this hilarious book based on this true story that Lorraine (half of Ellie Campbell) shared with me!

What do you do if you’re a frazzled thirty-something, not-yet-back-in-the-workforce mother, who discovers someone is mailing love postcards to her husband? Well in my sister Pam’s case we used it as inspiration to write Looking for La La, taking a humorous look into the ups and downs of marriage and motherhood, the fragility of trust and the importance of having great female friends with whom you can drown your woes over a glass of wine. Oh yes, and there’s a possible stalker and a murderer too.
Never let it be said our imaginations don’t run wild.  Pam never did discover who sent the postcards (and her husband insists he has no idea) but they’re still happily married so whether it was a silly prank or meant to stir up trouble, we feel we ought to thank the mysterious La La – if she/he ever confesses.

My Review of Looking for La La

If you love to read British Chick-Lit, then Looking for La La is one you need to put on the top of your to read list! It is filled with great characters and hilarious, yet believable scenes.

What would you do if someone started mailing postcard love letters to your husband? Would you laugh it off, or would you go looking for the sender? I’m not sure what I’d do, but my life certainly isn’t as exciting as Cathy’s! I’m sure all of what she goes through in the story would send me over the edge! I don’t want to spoil anything for you, but trust me, this girl is on a roller coaster of ups and downs and upside downs! Who can she trust? Her husband? Best friend? Girlfriends? They are all hiding things from Cathy but is one of them La La?

I love the characters in Looking for La La. I can totally relate to Cathy. She’s scared to go back into the world of the working woman after being home with her kids for so long, and she’s feeling unappreciated for all she does at home. She’s emotional. We’ve all been there, done that!

Cathy’s friends are an eclectic mix that at times make you wonder how they ever became friends. Their conversations are hilarious! The secondary characters are all very well developed and not just thrown in. Even the ones that only appear for a couple of pages are great.

The circumstances Cathy finds herself in are unbelievable yet believable at the same time. I know that makes no sense, but you gotta believe me. The girl gets in some serious predicaments that we could all get into if we were in Cathy’s shoes. Who of us hasn’t put off planning a major event til the last possible moment? And haven’t we all thought that someone was following us around at one point or another….that car looks REALLY familiar…..

The book has some really funny scenes, but this one has got to be my favorite:

No drip. Meg Ryan married Dennis Quaid until she ran off with Russell Crowe before he ditched her for Nicole Kidman, when Tom ditched her. This is way before Nicole married rock star Keith, I might add. Alec Baldwin’s wife is, or rather was, Kim Basinger. They’re divorced now. Fought over Ireland.

No, their daughter, Ireland.

I highly recommend Looking for La La if you need a good laugh! And the ending is great and funny and makes you feel good 🙂

There is a bit of language in the book (like PG-13 rating), so if that bothers you, you may want to pass. 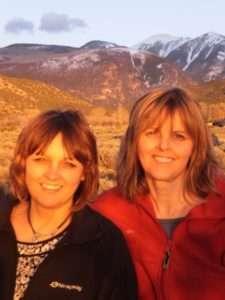 Ellie Campbell is the author name for two sisters, Lorraine Campbell and Pam Burks, who write together collaborating by phone and email from Surrey, UK and Colorado, USA.

More of my reviews of Ellie Campbell books

To Catch a Creeper