You are here: Home / Books / Endless by Amanda Gray | Young Adult Book Review
Thanks for sharing! 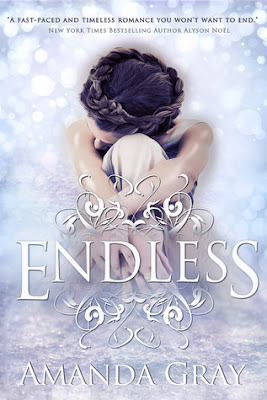 IN A RACE AGAINST TIME, HOW DO YOU KEEP THOSE YOU LOVE SAFE?

Jenny Kramer knows she isn’t normal. After all, not everybody can see the past lives of people around them. When she befriends Ben Daulton, resident new boy, the pair stumbles on an old music box with instructions for “mesmerization” and discover they may have more in common than they thought.

Using the instructions in the music box, Ben and Jenny share a dream that transports them to Romanov Russia and leads them to believe they have been there together before. But they weren’t alone. Nikolai, the mysterious young man Jenny has been seeing in her own dreams was there, too. When Nikolai appears next door, Jenny is forced to acknowledge that he has traveled through time and space to find her. Doing so means he has defied the laws of time, and the Order, an ominous organization tasked with keeping people in the correct time, is determined to send him back. While Ben, Jenny and Nikolai race against the clock — and the Order — the trio discovers a link that joins them in life — and beyond death.

My Review of Endless

I really enjoyed Endless. I read it very quickly because it kept my attention, and the story was really interesting. I’ve seen other people’s complaints about some parts moving too quickly and though I can see their point, I still feel like there is enough detail and explanation to counterbalance that aspect in the story.

Endless is a fantasy, but more than a fantasy it is a book about time travel. I think this is where some of the complaints come in to play. You see Jenny’s love interest is one she has known for a long time….but in a different timeline. So though the romance between Jenny and Nikolai may seem to move unbelievably fast, it really doesn’t. Once Jenny remembers who she was in the past, you can see how the love she felt for Nikolai would never come to an end.

The setting of this novel and how the different scenes are described are wonderful. How cool would it be to explore the attic of a house you inherited? The treasures you’d find there may be worth much more than you could imagine. More than what money could buy.  The bookstore is of course near and dear to me, since I love reading and would love to own a place like that! The fact that they go to NYC is another plus. And the monastery was very cool.

The characters are well-developed, though I hope to gain even more insight into Jenny’s character in the next book. I want to know more about her ability to see the past. I really liked Ben and was a little bummed out that he couldn’t have been Nikolai, but I think the following book(s) will bring him some love and happiness. Also, I am hoping that more of Jenny and Nikolai’s past relationship will be explored as that would help establish their deep love for one another. Morgan is a great character, and I hope her friendship with Jenny’s mom will be explored further.

The ending of the book is very good. It sets it up perfectly for a sequel, and I can’t wait to read it!  I recommend this to anyone who wants a quick YA read.

Amanda Gray believes in magic and fantasy and possibilities. She is a team of two bestselling authors who live only miles apart but have never met in person. They talk on the phone and are the best of friends. Between them have written more than a dozen novels and novellas and have had their work appear on television.
Thanks for sharing!
« My Sister’s Reaper Book Review | Reaper’s Rite Book 1
Almost Always by Bobbi Reed Book Review | Infertility and Mother’s Love »