You are here: Home / Books / The Best Quotes About Tea
Thanks for sharing!

Oh, how I love tea. A delicious cup of tea, a good book, a cat or dog on my lap, and a soft blanket makes for a perfect afternoon. According to The Story of Tea: A Cultural History and Drinking Guide, tea likely originated in the Yunnan region during the Shang dynasty as a medicinal drink. And, if you watch television, you know how those Brits love their tea. (Okay, I know you don’t have to watch television to know that.) Furthermore, if you know your history, you know we Americans like to dump tea into harbors. And, wouldn’t you know it, people love to talk about tea! I’ve compiled some of the best quotes about tea for you to read while you’re drinking tea or dumping it into a harbor.

The Best Quotes About Tea 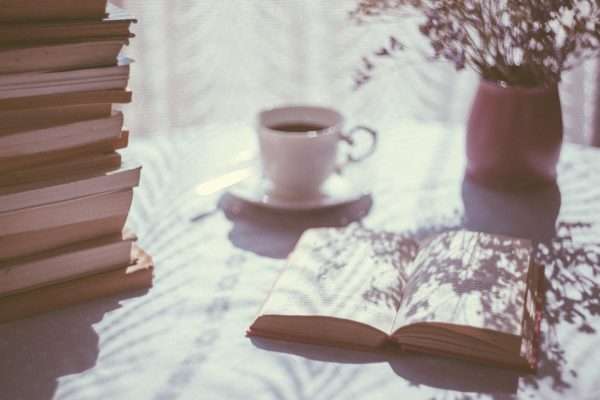 Possibly the most familiar quote about tea is this one from C.S. Lewis:

“You can never get a cup of tea large enough or a book long enough to suit me.”
― C.S. Lewis

C.S. Lewis liked to talk about tea a lot, I guess.

“Tea should be taken in solitude.” – C.S. Lewis, Surprised by Joy

One of my favorite quotes about tea is from Alice in Wonderland. I’m a big Alice fan.

“Take some more tea,” the March Hare said to Alice, very earnestly.
“I’ve had nothing yet,” Alice replied in an offended tone, “so I can’t take more.”
“You mean you can’t take less,” said the Hatter: “it’s very easy to take more than nothing.”
“Nobody asked your opinion,” said Alice.”
― Lewis Carroll, Alice in Wonderland

This would annoy me too if I were his daughter:

“According to my daughters, my most irritating habit is asking for cups of tea.”
― Neil Gaiman

See what I mean about the British?

“A traditional Englishman drinks tea to the point where his blood has long-since been replaced with an infusion of Ceylon, Assam, and Darjeeling.”
― Fennel Hudson, A Meaningful Life – Fennel’s Journal – No. 1

“There’s a reason we English are ruled more by tea than by Buckingham Palace or His Majesty’s Government: Apart from the soul, the brewing of tea is the only thing that sets us apart from the great apes – or so the Vicar had remarked to Father.”
― Alan Bradley, The Sweetness at the Bottom of the Pie

Sometimes we tea drinkers just feel the need to be dramatic as represented by these quotes about tea.

“But indeed I would rather have nothing but tea.” – Jane Austen, Mansfield Park

“Thank God for tea! What would the world do without tea? How did it exist? I am glad I was not born before tea.”
– Reverend Sydney Smith 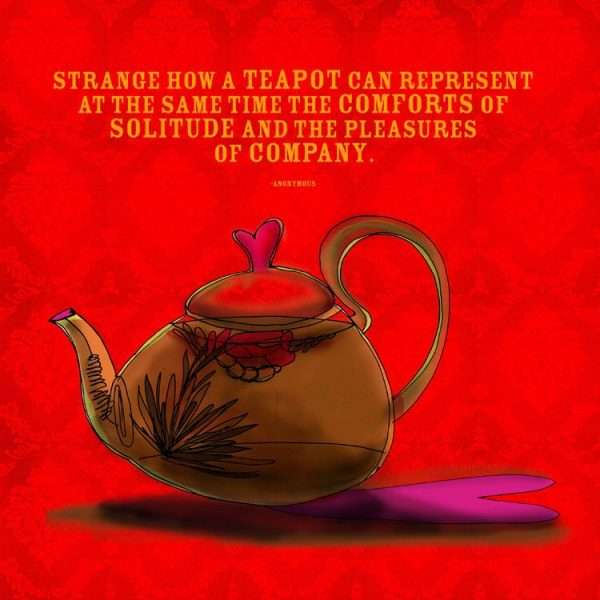 “Tea does our fancy aid, Repress those vapours which the head invade
And keeps that palace of the soul serene.”– Edmund Waller, “Of Tea”

“Strange how a teapot can represent at the same time the comforts of solitude and the pleasures of company.” – Unknown

“Tea tempers the spirits and harmonizes the mind, dispels lassitude and relieves fatigue, awakens thought and prevents drowsiness, lightens or refreshes the body, and clears the perceptive faculties.” – Confucius

“Tea is drunk to forget the din of the world.”— T’ien Yi-heng

“One sip of this will bathe the drooping spirits in delight, beyond the bliss of dreams.” — John Milton

There are many more quotes about tea that are probably just as wonderful as these; however, I need to have a cup of tea now. Pip, pip cheerio. 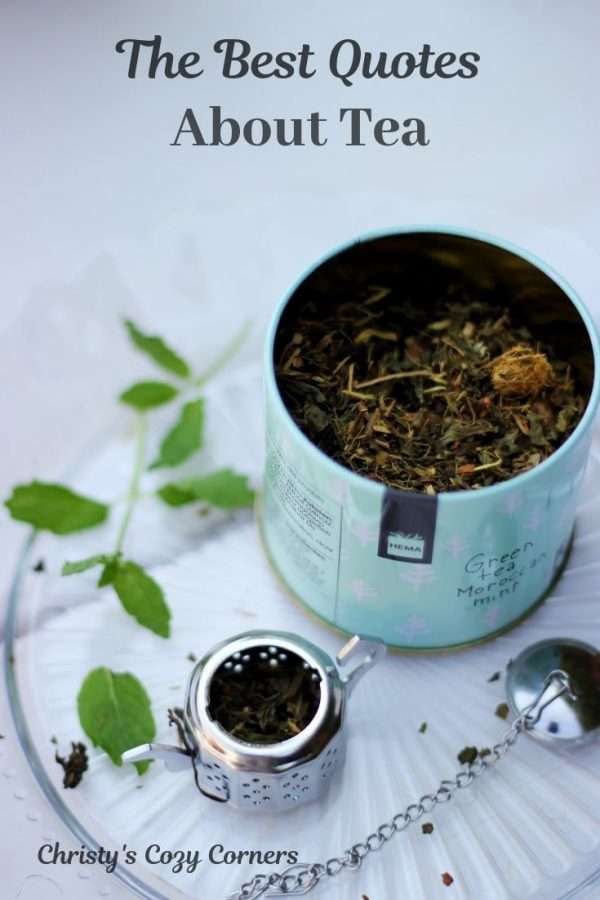 Thanks for sharing!
« Book Review ElsBeth and the Castle Ghosties, Book 3 of the Cape Cod Witch Series
To Catch a Creeper by Ellie Campbell | Book Review »