You are here: Home / Books / Book Reviews / Book Review ElsBeth and the Castle Ghosties, Book 3 of the Cape Cod Witch Series
Thanks for sharing!

ElsBeth and the Castle Ghosties 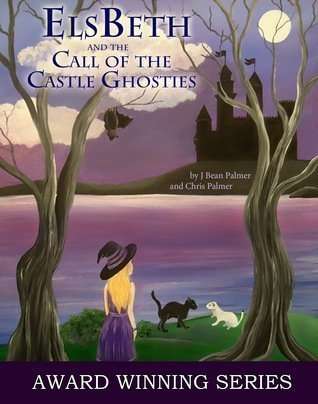 When their wild and free ancestral lands are threatened, three ancient ghosts need one of their clan from the living world. They call the Thistle heir from across the sea to the old country.

Almost-ten-year-old ElsBeth Amelia Thistle, the youngest witch on Cape Cod, has her own need to unearth the family mysteries and to begin in earnest her chosen calling to protect the natural world.

ElsBeth uses the best she knows of science and magic (not so very different from each other, after all). But even with help from a curious cast of magical creatures she befriends, and her spirited classmates who’ve been swept along, ElsBeth is in way over her magic level.  And she’s into older, odder mysteries than she could ever dream — in an adventure just above the surface of reality.

In ElsBeth and the Call of the Castle Ghosties, ElsBeth and her friends want an adventure. They get more of an adventure than they bargained for. “Borrowing” an uncle’s boat leads to a strange and exciting adventure. The ocean takes Cape Cod children ElsBeth and her friends much further than they had planned to go. You see, the boys wanted to go treasure hunting on an island. The girls wanted to go shopping on Martha’s Vineyard. Yet they end up in Scotland!

The adventure doesn’t end when they get off of the boat either. Ghosts, a banshee, and witches are waiting for the friends. Thankfully, a kind brother and sister let the children stay with them in their castle home. But, their home just happens to have its own resident ghosts! Find out what happens in this fun book by reading Elsbeth and the Call of the Castle Ghosties!

I did enjoy this story very much. The characters were well-developed, and it was very well researched. The plot was exciting, and the settings were well described. Definitely a book worth checking out!

In The Cape Cod Witch Series, J Bean Palmer calls upon her family’s long history in New England including a Revolutionary “Green Mountain Boy,” Cape Cod cranberry farmers and artists, and an oft-told family legend that as her grandmother’s ancestors stepped off the Mayflower, her grandfather’s relatives were there to greet them. With a degree in Environmental Science, the author’s ElsBeth stories reflect a passion and respect for the natural world and its magical kinship.

Co-author Chris Palmer makes some use of his education in philosophy (and his experience as a short-order cook on Cape Cod, a Boston cab driver, and an Internet business executive in California) in contributing the poems that are sung or spoken by several characters in the stories. A 14th generation Cape Codder, he and J Bean currently reside in a converted barn on the banks of a western Maine river.

Thanks for sharing!
« Fox Talk by L.E. Carmichael | Children’s Book Review
The Best Quotes About Tea »