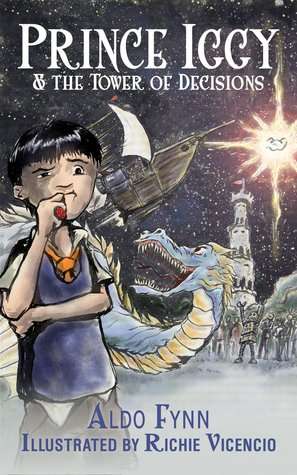 Prince Iggy & the Tower of Decisions

Iggy and his friends set sail for the Rose Kingdom. But Iggy isn’t sure if he has what it takes to really be a prince. Well, he’s about to find out…

When the Lucky Rose 2 blasts off into space, Iggy meets the Rose Star and literally has an out-of-body experience. And that’s just the beginning. His adventures include confronting a hungry shark face-to-face, dancing in a live-or-die talent competition, and battling a blue dragon with very clean teeth.

And when Iggy finally makes it to the Rose Kingdom, Queen Victoria refuses to give up the throne. If Iggy wants to become ruler of the Rose Kingdom, he must enter the Tower of Decisions. Only problem is, very few people make it out alive…

I received a copy of this book free for an honest review.

The Prince Iggy books are full of fantastical adventures that I think an elementary aged child would enjoy. As an adult, I’d say they are good for children who feel that they aren’t special or those that are picked on at school. I’ve read books geared to this age that I’ve really enjoyed reading as an adult and recommend them to other adults too. I feel like this really is a book that will only be enjoyed by elementary aged children…maybe young middle grade. While the story has funny parts and some exciting adventures, it also has more mean characters who don’t have any redeeming qualities.


I do like the fact that Iggy has a few friends who will stick up for him and who are with him during his hard times. Iggy is a good kid who just happens to be surrounded by a lot of mean characters who are out to get him. The story is fantastical and the scenes are well described. The mean characters make the story feel very dark at times.


This is one you’re going to have to make up your own minds on. I look forward to seeing how kids feel about this one. 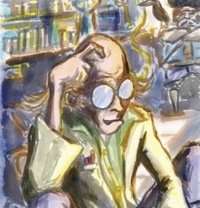 Aldo Fynn enjoys writing wacky, fantastical stories. Prince Iggy and the Kingdom of Naysayer is his debut novel. It’s the first book in the Adventures of Prince Iggy Series. He’s also written two wacky, laugh-out-loud picture books. He lives under his desk and promises he won’t come out until Book 3 in the series is complete. Which is a shame because his desk is based in Los Angeles, where it’s sunny and 70 degrees most of the year.

Thanks for sharing!
« Eleanor Book 1 of The Unseen | Book Review
The Greater Cleveland Aquarium | A Fun and Educational Experience »