You are here: Home / Books / Book Reviews / Book Review Frankie Dupont and the Mystery of Enderby Manor by Julie Anne Grasso
Thanks for sharing! 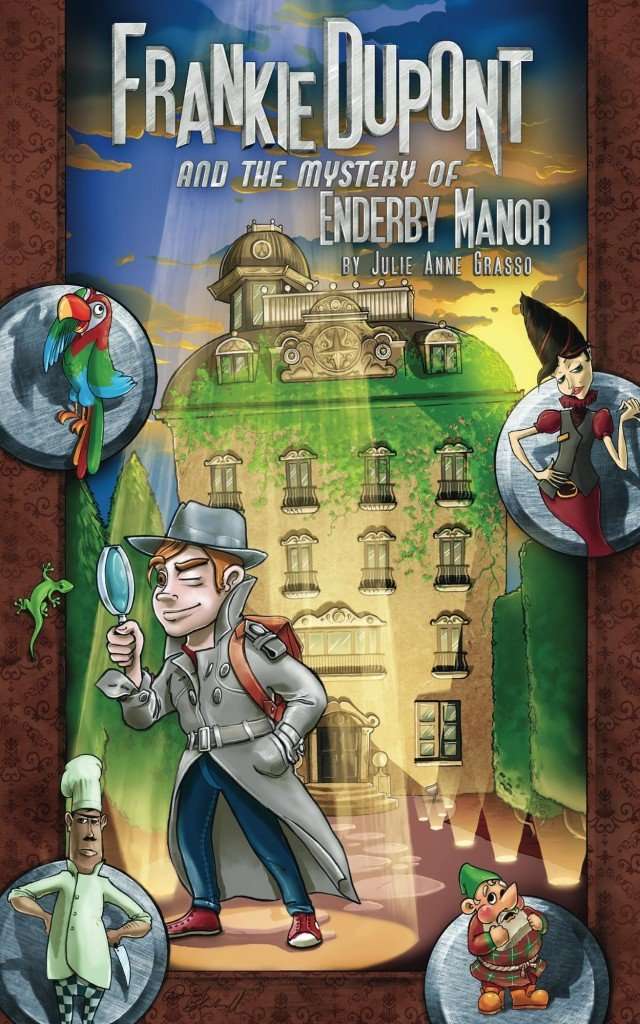 Frankie Dupont and the Mystery of Enderby Manor

When his cousin Kat disappears from Enderby Manor, Frankie Dupont jumps on the case. Bumbling Inspector Cluesome is convinced that Kat is lost in Myrtle’s Mesmerising Maze, but Frankie isn’t buying it.

He follows the evidence trail to a conniving concierge, a six fingered chef, a talking parrot, a mad maid and a shifty dwarf, and quickly finds himself in a desperate race to recover Kat before her time runs out…

Frankie Dupont and the Mystery of Enderby Manor is a cute middle grade book in a brand new series by Julie Anne Grasso.  And isn’t the cover great? I love the characters on the front and the illustrations throughout. They are very fitting for the story.

Frankie’s dad is a private investigator, so it follows that Frankie is good at following clues and looking for answers. He’s seen his dad do it many times. Since Frankie’s dad is out of town when Frankie’s cousin Kat disappears, Frankie is on the case. Kat and her family have been spending a couple of nights at Enderby Manor since their home is being rid of all of the geckos that have overrun it. Frankie never even noticed that there WAS an Enderby Manor let alone know that his cousin had been staying there.

You’ll find out why Frankie never noticed Enderby Manor, meet a colorful cast of characters, and be taken on a mysterious adventure in this book. I highly recommend it for middle graders and younger with an adult reading along. 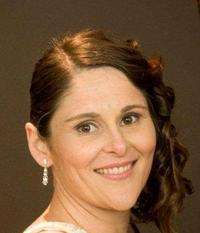 With a background in paediatric nursing, Julie Anne Grasso spent many years literally wrapping children in cotton wool. Every day she witnessed great courage and resilience from the tiny people she cared for, which inspired her to write stories about a little girl elf just like them.

She has a degree in Nursing from Queensland University of Technology and has been published in her nerdy nursing specialty in medical journals, but her true love is writing about elf worlds that preferably involve some kind of dessert obsession.

She has an awesome husband who loves to do battle in the computer trenches every day and a little 23 month old elf called Giselle.