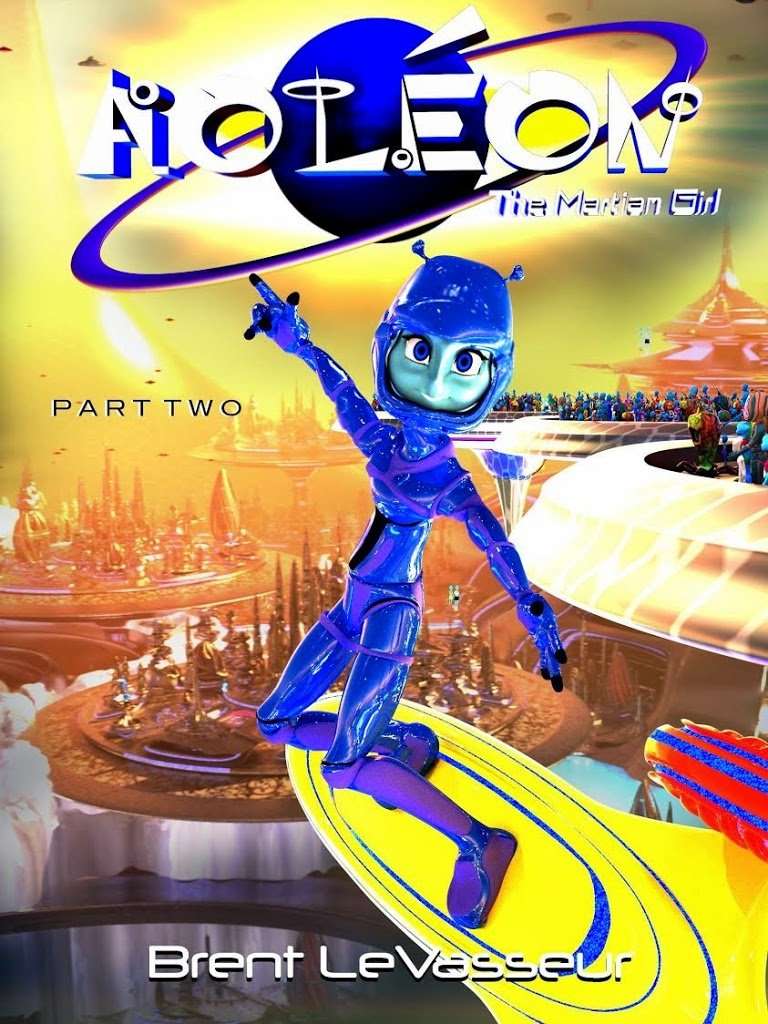 Aoléon and Gilbert receive a special mission from PAX, a wanted criminal and leader of the Martian resistance movement to investigate the Luminon of Mars, who he suspects is planning an invasion of Earth to steal its milk cows. Gilbert has an encounter with the Luminess (the mate of the Luminon) and discovers something strange about her during a procession, and the duo are chased by the Royal Paladin Guard. At Aoléon’s home, Gilbert meets Aoléon’s family, her sister Una, mother Phobos and father Deimos as well as her overzealous pet Zoot. He is also introduced to Bizwat, a covert operator and Procyon Commando, who uses his Saturn Pizza delivery job as a cover. Gilbert then gets to visit the Martian Space Academy (Aoléon’s school) where he encounters Aoléon’s nemesis, Charm Lepton and her friend Quarkina, as well as receiving a history lesson on the Martian people by Plutarch Xenocrates. After class, Gilbert and Aoléon get to train in zero-G and Gilbert is treated to a Psi-ball match between Martian Space Academy and Martian Science Academy.
Purchase
Amazon

This book is part two of a five book series featuring Gilbert, a boy from Nebraska, and Aoleon, a Martian Girl. In book one, Gilbert met Aoleon and ended up returning to Mars with her. Now that he is on Mars, he is getting a complete immersion course in all things Martian! He learns that their leaders are probably up to no good. He and Aoleon are asked by a resistance leader to check up on things to see what’s going on with the leaders of Mars. This sort of gets put on the back burner though while Aoleon takes Gilbert to school with her.

The majority of the story is pretty “Martiany.” Gilbert learns a lot about the history of Mars and that part of the universe. He gets to participate in a field trip and learns that school food is pretty much gross across the board….though pizza is okay. Then he gets to watch a match of their sporting event which is sort of like capture the flag on Earth. The story ends right after the sporting event at the pizza parlor where someone reminds Aoleon that she’s supposed to be seeing what’s up with the leaders.

This part of the story was a little less exciting than the first part, but it was still good. I love the pop culture references and the humor that is thrown in throughout the book. The illustrations are amazing and really bring this book to life. I’m looking forward to seeing what happens in the other parts of this story.