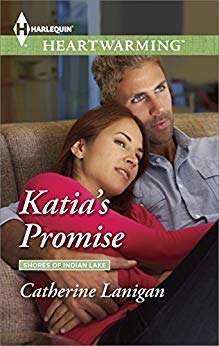 Katia Stanislaus is a top insurance agent in Chicago, but her company is about to fold if she can’t pull off a miracle. She convinces her boss to relocate to Indian Lake where she lived as a child and broke the heart of the one man whose account would be enough to save her job and her company. The only problem is that Austin McCreary has been a near recluse since the day Katia left him. Austin won’t take her calls and appears set on revenge for the pain Katia has caused him. Just seeing Austin, catapaults Katia back to the time when she was 16 and so very much in love. But it was just a teenage crush, wasn’t it?

My Review of Katia’s Promise

I adored this book! It is just so cute and so sweet! I love love love the Harlequin Heartwarming books! You can pick one up and know that you aren’t going to find any bad language or sex in them. They are just “heartwarming.”
Katia’s Promise certainly did not disappoint in the “heartwarming” category. I read this book very quickly. It is one that you’ll not want to put down, so be sure you’ve got time to read when you start! I absolutely love the town in which this book is set. I want to live there! The characters in the story are perfect. I love that they are flawed because it makes them so real. Katia is so super organized…I totally cannot relate lol. But I love her willingness to fight for what she wants. I could relate more to Austin because I can be somewhat of an “avoid the people” type of person at times. I love the romance and how it is rekindled after many years.
This book is definitely one for you clean, sweet romance readers to add to your TBR piles! I know I’ll be adding the others in the series to mine! 5 Stars! 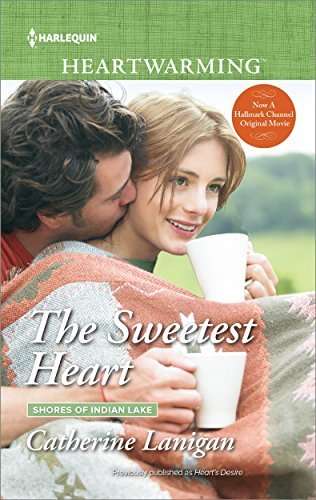 A Fine Year for Love
(Shores of Indian Lake #3)

Catherine Lanigan is the bestselling author of over thirty published titles in both fiction and non-fiction, including the novelizations of Romancing the Stone and The Jewel of the Nile, as well as over half a dozen anthologies, including “Chicken Soup for the Soul: Living your Dream”, “Chicken Soup for the Writer’s Soul”, “Chocolate for a Woman’s Heart”, Chocolate for a Woman’s Spirit”.

A prolific writer, she is always writing wonderful stories. She has several titles only available in ebook format on Amazon.com Several of her titles have been chosen for The Literary Guild and Doubleday Book Clubs. Her novel, The Christmas Star, won the Gold Medal Award Top Pick from Romantic Times Magazine for December, 2002, and has also won Book of the Year Romance Gold Award from ForeWord Magazine as well as Book of the Year Romance from Reader’s Preference. In March, 2006 Divine Nudges: Tales of Angelic Intervention and the second in Lanigan’s Angel Watch series of books, was published by HCI, the Chicken Soup for the Soul publisher.

Thanks for sharing!
« Million Dollar Question by Ellie Campbell | Book Review
The Case of the Cursed Dodo »