You are here: Home / Books / 8 Books for Summer Reading
Thanks for sharing!

Summer is almost here! Yay! I love to read and read all year long, but for some reason, summer reading is just different for me. I think that it all started when I was a little girl and would walk to our local library branch (located in my grade school a block away) during the summer and join the summer reading club. Summer reading clubs are just the best thing!

I read so many great books while I was growing up and have read so many books in my life that I can’t even remember a lot of them! I’ll remember a plot to a book that I read but can’t for the life of me remember the title or who wrote it. I know there are people out there who don’t like to read…that is inconceivable to me! Books take me away and make me feel like I’ve traveled someplace while sitting in my chair. If a book doesn’t do that for me, I quit reading it. There are just too many good books in the world to waste time on boring ones.

So here are 8 books that I hope to get read over the summer months. Which books are on your summer reading list? I love suggestions! 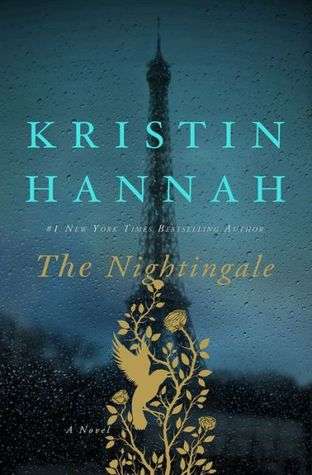 I love Kristin Hannah’s books, and I’ve heard wonderful things about this one. I just started it yesterday, so this is at the top of my list!

In the quiet village of Carriveau, Vianne Mauriac says goodbye to her husband, Antoine, as he heads for the Front. She doesn’t believe that the Nazis will invade France…but invade they do, in droves of marching soldiers, in caravans of trucks and tanks, in planes that fill the skies and drop bombs upon the innocent. When France is overrun, Vianne is forced to take an enemy into her house, and suddenly her every move is watched; her life and her child’s life is at constant risk. Without food or money or hope, as danger escalates around her, she must make one terrible choice after another.

Vianne’s sister, Isabelle, is a rebellious eighteen-year-old girl, searching for purpose with all the reckless passion of youth. While thousands of Parisians march into the unknown terrors of war, she meets the compelling and mysterious Gäetan, a partisan who believes the French can fight the Nazis from within France, and she falls in love as only the young can…completely. When he betrays her, Isabelle races headlong into danger and joins the Resistance, never looking back or giving a thought to the real–and deadly–consequences.

With courage, grace and powerful insight, bestselling author Kristin Hannah takes her talented pen to the epic panorama of WWII and illuminates an intimate part of history seldom seen: the women’s war. The Nightingale tells the stories of two sisters, separated by years and experience, by ideals, passion and circumstance, each embarking on her own dangerous path toward survival, love, and freedom in German-occupied, war-torn France–a heartbreakingly beautiful novel that celebrates the resilience of the human spirit and the durability of women. It is a novel for everyone, a novel for a lifetime. 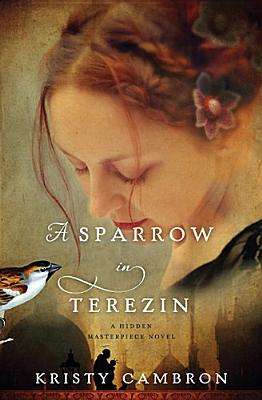 This is the second book in the A Hidden Masterpiece series by Kristy Cambron. The first one, The Butterfly and the Violin, was amazing, so this one is on my summer reading list!

Two women, one in the present day and one in 1942, each hope for a brighter future. But they’ll both have to battle through their darkest days to reach it.

“Today. “With the grand opening of her new gallery and a fairytale wedding months away, Sera James appears to have a charmed life. But in an instant, the prospect of a devastating legal battle surrounding her fiance threatens to tear her dreams apart. Sera and William rush to marry and are thrust into a world of doubt and fear as they defend charges that could separate them for life.

“June 1942. “After surviving the Blitz bombings that left many Londoners with shattered lives, Kaja Makovsky prayed for the war to end so she could return home to Prague. But despite the horrors of war, the gifted journalist never expected to see a headline screaming the extermination of Jews in work camps. Half-Jewish with her family in danger, Kaja has no choice but to risk everything to get her family out of Prague. But with the clutches of evil all around, her escape plan crumbles into deportation, and Kaja finds herself in a new reality as the art teacher to the children of Terezin.

Bound by a story of hope and the survival of one little girl, both Sera and Kaja will fight to protect all they hold dear. 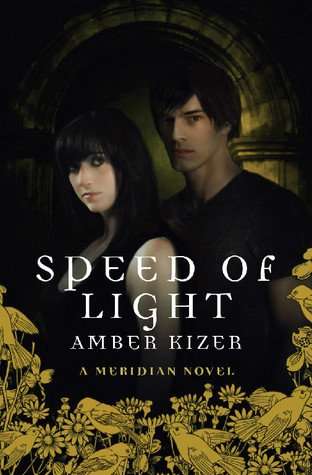 This is the third in the series, and I just haven’t had time to read it yet! This makes it onto my summer reading list for that reason. The first two are really good, so be sure to read them first.

Meridian Sozu is a Fenestra, an angel infused human, destined to transition souls into the next world. Together with Tens Valdes, her soulmate and Protector, they’ve made a home in Indiana, making sure the dead safely enter the light and aren’t stolen by the Dark, known as the Nocti.

Upon rescuing Juliet Ambrose from her terrible childhood, Juliet has become vulnerable without her Protector and grasps at any hope to find her parents, even when it’s offered by a proven Nocti, Ms. Asura. Juliet is now faced with the horrible choice between uncovering her past and having a future.

Meanwhile, time may be running out for the hundreds of thousands preparing for the festivities surrounding the Indianapolis 500 car race. As centuries of secrets are revealed, the battles will pit Light versus Dark. Not all with survive as Meridian, Tens, and Julie join forces to try to thwart a potential tragedy. 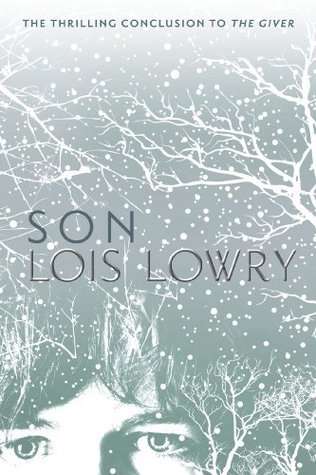 I read the first three years ago. I have this, but haven’t read it yet! If I keep putting it off, I’ll never get to it so it’s on my list! This is a great series if you love dystopian.

They called her Water Claire. When she washed up on their shore, no one knew that she came from a society where emotions and colors didn’t exist. That she had become a Vessel at age thirteen. That she had carried a Product at age fourteen. That it had been stolen from her body. Claire had a son. But what became of him she never knew. What was his name? Was he even alive? She was supposed to forget him, but that was impossible. Now Claire will stop at nothing to find her child, even if it means making an unimaginable sacrifice.

Son thrusts readers once again into the chilling world of the Newbery Medal winning book, The Giver, as well as Gathering Blue and Messenger where a new hero emerges. In this thrilling series finale, the startling and long-awaited conclusion to Lois Lowry’s epic tale culminates in a final clash between good and evil. 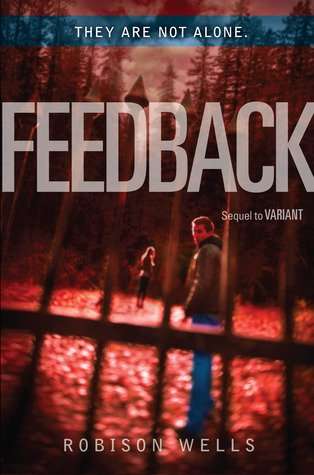 I read the first book in this series a couple of years ago, and of course, never read the second book. It’s on my list because I need to know what happens!

Or so he thought.

But now Benson is trapped in a different kind of prison: a town filled with hauntingly familiar faces. People from Maxfield he saw die. Friends he was afraid he had killed.

They are all pawns in the school’s twisted experiment, held captive and controlled by an unseen force. As he searches for answers, Benson discovers that Maxfield Academy’s plans are more sinister than anything he imagined—and they may be impossible to stop. 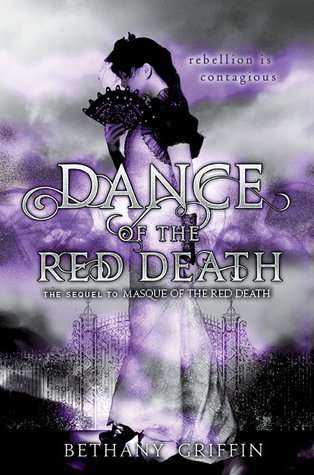 Here is another sequel that I haven’t been able to read yet. Are you sensing a theme here?

In Dance of the Red Death, Araby’s world is in shambles—betrayal, death, disease, and evil forces surround her. She has no one to trust. But she finds herself and discovers that she will fight for the people she loves, and for her city.

Her revenge will take place at the menacing masked ball, though it could destroy her and everyone she loves…or it could turn her into a hero. 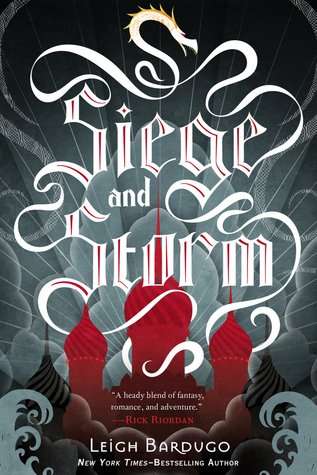 You guessed it. Another series I need to finish. I have this one on my bookshelf at home, so I’ll be getting to it soon!

Hunted across the True Sea, haunted by the lives she took on the Fold, Alina must try to make a life with Mal in an unfamiliar land. She finds starting new is not easy while keeping her identity as the Sun Summoner a secret. She can’t outrun her past or her destiny for long.

The Darkling has emerged from the Shadow Fold with a terrifying new power and a dangerous plan that will test the very boundaries of the natural world. With the help of a notorious privateer, Alina returns to the country she abandoned, determined to fight the forces gathering against Ravka. But as her power grows, Alina slips deeper into the Darkling’s game of forbidden magic, and farther away from Mal. Somehow, she will have to choose between her country, her power, and the love she always thought would guide her–or risk losing everything to the oncoming storm. 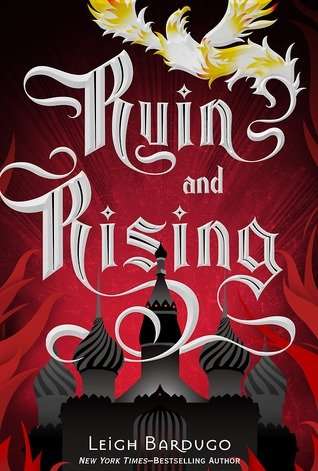 I’ll get to this one after the one above since it is the third book in the series.

The capital has fallen.

The Darkling rules Ravka from his shadow throne.

Now the nation’s fate rests with a broken Sun Summoner, a disgraced tracker, and the shattered remnants of a once-great magical army.

Deep in an ancient network of tunnels and caverns, a weakened Alina must submit to the dubious protection of the Apparat and the zealots who worship her as a Saint. Yet her plans lie elsewhere, with the hunt for the elusive firebird and the hope that an outlaw prince still survives.

Alina will have to forge new alliances and put aside old rivalries as she and Mal race to find the last of Morozova’s amplifiers. But as she begins to unravel the Darkling’s secrets, she reveals a past that will forever alter her understanding of the bond they share and the power she wields. The firebird is the one thing that stands between Ravka and destruction—and claiming it could cost Alina the very future she’s fighting for.