You are here: Home / Books / Book Reviews / The Secret of the Sacred Scarab 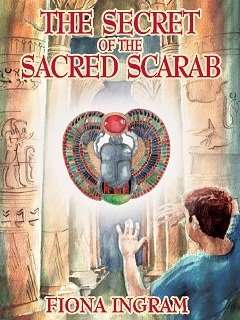 Cousins Justin and Adam are ecstatic about accompanying their aunt to Egypt. Both love adventure and know the work of James Kinnaird, an archaeologist searching for the tomb of an ancient Egyptian ruler, the Scarab King. Some dismiss the tomb as legend, but Justin and Adam believe differently. From the moment their plane lands, Justin and Adam bounce from one mysterious event to another, starting from the moment a street peddler gives Adam an ancient scarab. Dr. Khalid, head of the department of antiquities and research at the Egyptian Museum, shows excessive interest in the cousins and their relic. Then, when the boys learn that James Kinnaird is missing, they realize something sinister is afoot.

Kidnapped and taken across the desert, the boys are plunged into serious danger and chased by ruthless enemies. Dr. Khalid will stop at nothing to discover the Scarab King’s tomb and claim its treasures. But he has underestimated the boys’ ingenuity.

Join Justin and Adam as they evade their captors and unravel the secrets of the Scarab King. Relying on their wits, courage, and each other, the boys must solve the mystery of the sacred scarab and rescue James Kinnaird before time runs out.

Though this is the first book in the Chronicles of the Stone Series, it is the second book I’ve read in the series! That’s because I read the second one first! You can read my review of The Search for the Stone of Excalibur by clicking the title. If you have a reluctant reader, you’ve got to introduce them to these books by Fiona Ingram.

In The Secret of the Sacred Scarab, Adam and his cousin Justin are off on an adventure to Egypt with their Aunt Isabel who is a journalist and their Gran. They are able to take this trip and miss school if they write about their trip every day and give a report when they return. They both expect to have an amazing adventure while they are on the trip, but they could never imagine the actual adventure that awaits them!

I love these characters! They are well-developed and fun. Even the secondary characters are ones that you want to read more about. As Adam and Justin are on a tour, they are with a lot of colorful characters during the tour. I love Rita and the brigadier. I hope they show up in other books!

The action moves quickly in this book and the places Adam and Justin get to visit are not only exciting to read about, they are also very informative! This is a great way to get your kids to learn about Ancient Egypt without having to read a boring textbook! The back of the book contains a sort of glossary in which unfamiliar terms and items are explained in more detail.

I give this book 5 stars! Your kids will love it!

About the Author Fiona Ingram 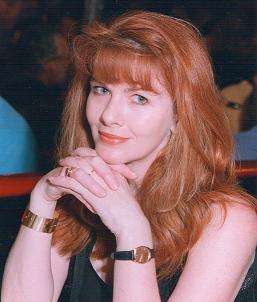 I can’t remember NOT having a book in my hand. My schoolmates called me a bookworm, and nothing’s changed since then. I was brought up on the children’s classics because my parents are also avid readers. My earliest story-telling talents came to the fore when, from the age of ten, I entertained my three younger brothers and their friends with serialized tales of children undertaking dangerous and exciting exploits, which they survived through courage and ingenuity (of course!). Ghosts, vampires, werewolves, and skeletons leaping out of coffins were hot favourites in the cast of characters that populated “Gruesome Gables” where all these adventures were played out. We also acted out the stories for my long-suffering parents, whom I see now were remarkably tolerant of my budding thespian and script-writing talents!
I graduated from the University of Natal, Durban, South Africa, with a double first in my B.A. (French & Drama). After completing my Honors in Drama at Natal, I then went to the University of the Witwatersrand to do my Masters degree in French-African literature. I also studied drama at The Drama Studio in London and mime at L’Ecole Jacques le Coq in Paris. Upon my return to South Africa, I immersed myself in teaching drama at community centres, and became involved in producing community and grassroots theatre with local playwrights and performers in Natal for several years.
A move to Johannesburg took me in a new direction—that of journalism. I have written freelance for the last fifteen years on everything from serial killers to relationship advice (making me a popular dinner guest to revive any flagging conversations). Writing a children’s book—The Secret of the Sacred Scarab—was an unexpected step, inspired by a recent trip to Egypt. The tale of the sacred scarab began life as a little anecdotal tale for my 2 nephews (then 10 and 12), who had accompanied me on the Egyptian trip. We had a marvellous time and it truly was the catalyst in changing my career. This short story grew into a children’s book, the first in the adventure series, Chronicles of the Stone. After the usual spate of rejections from snobby (British) agents, which I believe it every writer’s baptism of fire, I discovered America and made the decision to be published there. The book has done well there, even though the young heroes are South African, and has already garnered two impressive fiction nominations.
I’m already immersed in the next book in the series—The Search for the Stone of Excalibur—a huge treat for young King Arthur fans (and older ones as well). Although I do not have children of my own, I have an adopted teenage foster child, from an underprivileged background who is just discovering the joys of reading for pleasure. My interests include literature, art, theatre, collecting antiques, animals, music, movies, and wondering when I am going to be the next J.K. Rowling.

Thanks for sharing!
« VALENTINE’S DAY DIY NAIL INSPIRATION FROM JULEP
Book Tour: In the After Review »