Do you love Hallmark movies? In updating this post, I can’t find a fall schedule yet for this year. Hopefully it will be up soon! Love on a Limb  and Autumn in the Vineyard were a couple of my favorites too. Pumpkin Pie Wars was so cute, and if you haven’t seen it, you can purchase it below! 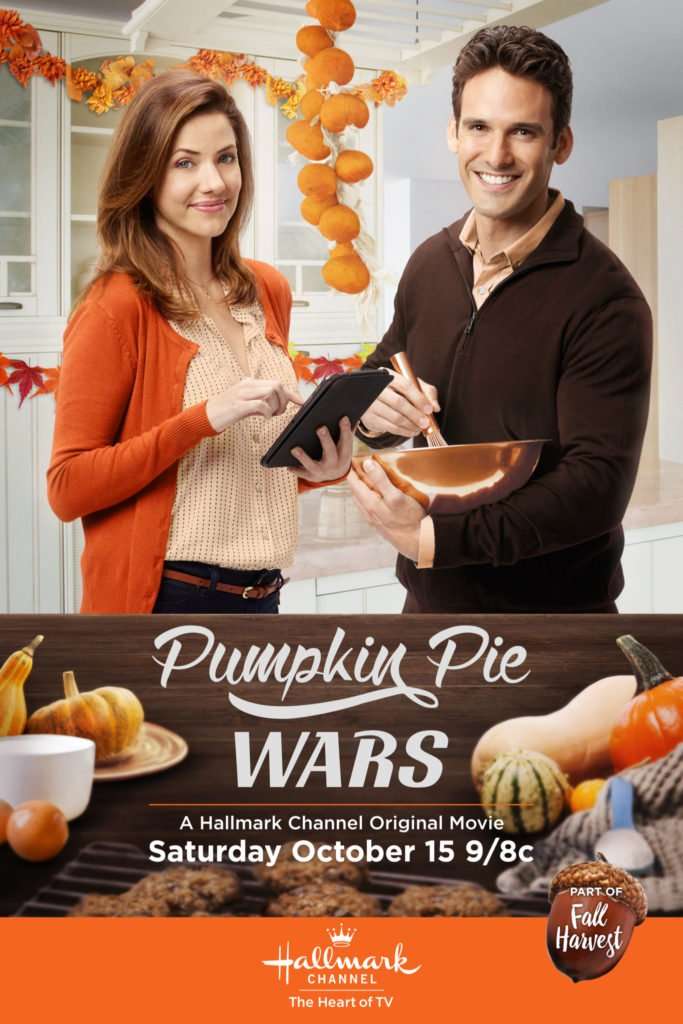 Faye McArthy and Lydia Harper are rival bakery owners — and former best friends. They’ve been feuding for years, each determined to win their small town’s upcoming pumpkin pie baking contest. With the fall season in full swing, Faye sustains an injury, preventing her from entering the competition. Since her bakery is struggling financially and would greatly benefit from winning the high-profile bake-off, Faye urges her beautiful thirty-year-old daughter, Casey, who manages the bakery’s business affairs, to take her place.

Having no pie-making experience, but wanting to support her mom, Casey reluctantly agrees to enter the contest. When Lydia learns that Casey will be standing in for Faye, she, hoping to capitalize on the publicity that “passing the family feud to the next generation” would generate, insists that her son, Sam, a handsome professional chef who aspires to expand his mother’s bakery into a full-service restaurant, battles Casey in the pie baking showdown.

Though they are rivals representing their feuding families, sparks soon begin to fly between Casey and Sam as they prepare to compete against each other. Agreeing to keep their blossoming romance hidden from their families, Sam secretly teaches Casey how to bake a pumpkin pie. Meanwhile, Casey helps Sam develop a business proposal for his dream restaurant. Later, when an appalled Faye and Lydia uncover their secret romance — and foul play occurs just before the contest begins — Casey and Sam form a plan to boost revenue in their families’ bakeries and finally end the rift between their mothers. But even with their children romantically involved and the future of their businesses at stake, the two competing bakery owners can’t decide if they’re ready to bury the past. 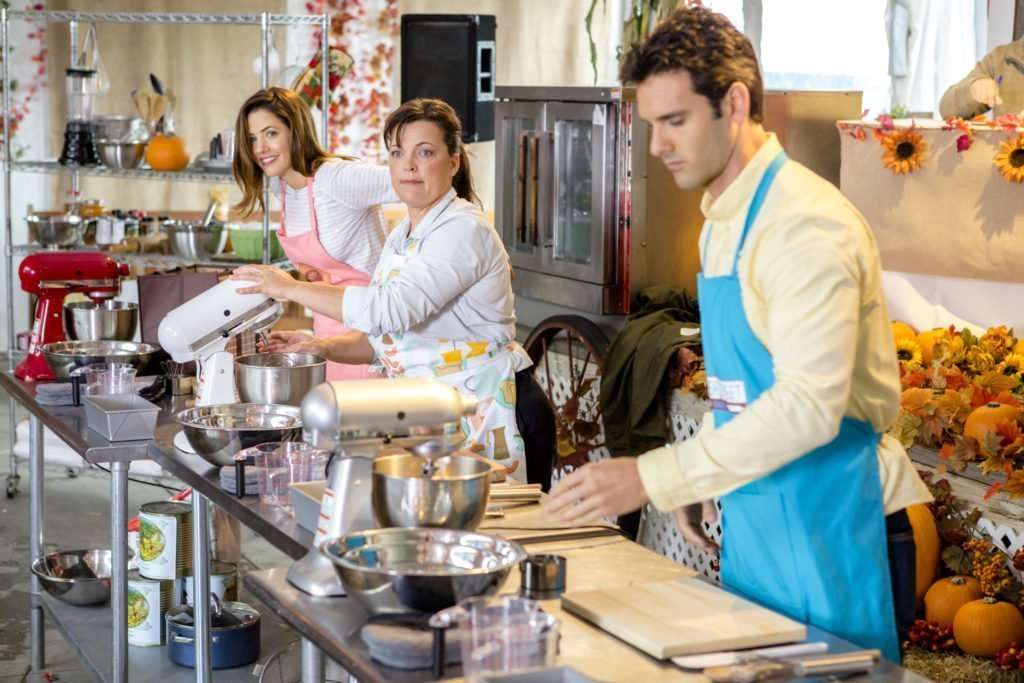 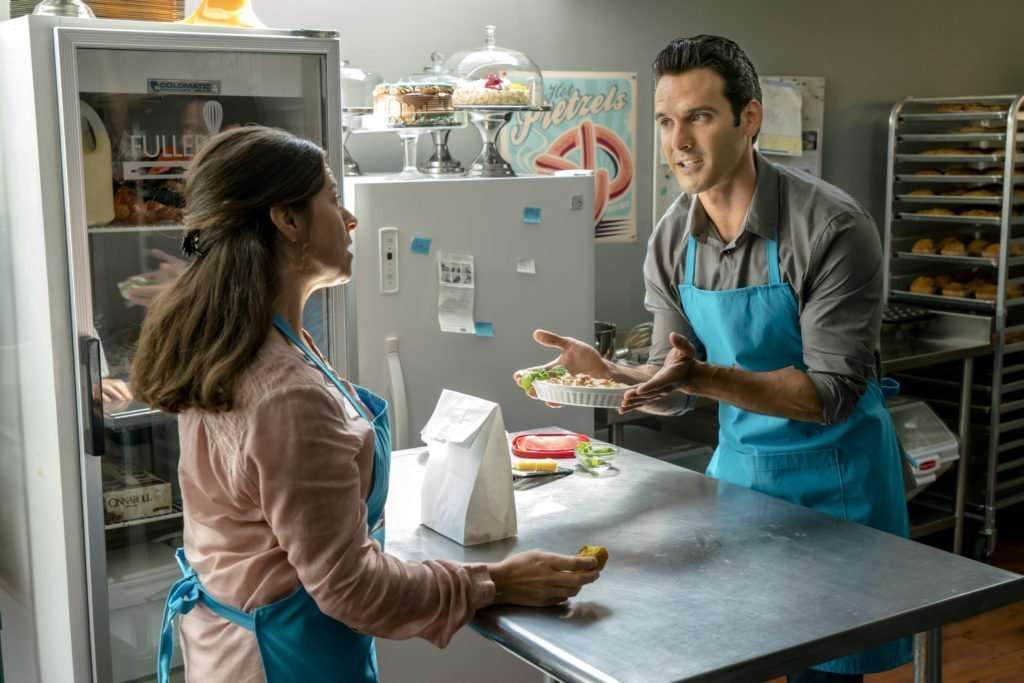 JULIE GONZALO (Casey McArthy): Julie Gonzalo is currently starring in two independent films, How To Pick Your Second Husband First and the acclaimed Waffle Street, currently available on Netflix, in which she stars opposite Danny Glover. Most people immediately recognize Julie as Rebecca Sutter from the TNT show “Dallas,” the #1 scripted series premiere on all of cable television in 2012. Additional television credits include “Veronica Mars,” and “Eli Stone,” the Greg Berlanti produced hit series on ABC, for which Julie won the ALMA award for outstanding supporting actress in a drama series.

ERIC ARAGON (Sam Harper): Eric Aragon was born and raised in Miami, FL. He grew up playing baseball but found his passion for acting in 2010. Eric starred in the sitcom “I Live With Models” first season. He was featured in several network and cable shows such as “Drop Dead Diva,” “Charlie’s Angels,” and “The Glades”. He will also be featured in “The Inspectors” this November.

Thanks for sharing!
« To Burp or Not to Burp: A Guide to Your Body in Space
Michelangelo’s Ghost Book Review »