You are here: Home / Food / Desserts / Celebrate Disney’s Moana with Moana’s Tropical Treat
Thanks for sharing!
In celebration of Disney’s MOANA, my daughter and I came up with a yummy treat you can make from some of the foods of the South Pacific Islands. Moana’s journey takes her through the South Pacific which is home to many delicious foods! I wanted something refreshing and easy to make, so you can make it with your kids! Get our easy recipe for Moana’s Tropical Treat here! 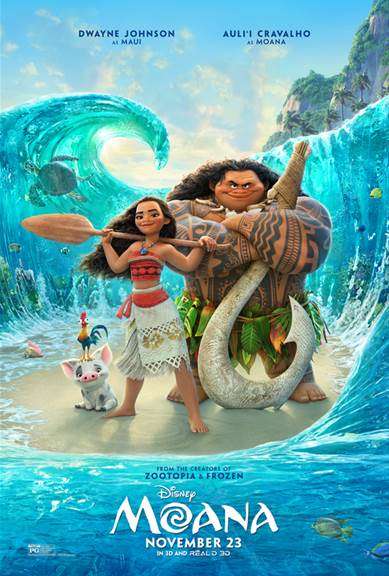 “This is a sponsored post on behalf of Review Wire Media for Walt Disney. I received information to facilitate my review as well as a promotional item to thank me for my participation.”

Three thousand years ago, the greatest sailors in the world voyaged across the vast Pacific, discovering the many islands of Oceania. But then, for a millennium, their voyages stopped – and no one knows exactly why.

From Walt Disney Animation Studios comes MOANA, a sweeping, CG-animated feature film about an adventurous teenager who sails out on a daring mission to save her people. During her journey, Moana (voice of Auli‘i Cravalho) meets the mighty demigod Maui (voice of Dwayne Johnson), who guides her in her quest to become a master wayfinder. Together, they sail across the open ocean on an action-packed voyage, encountering enormous monsters and impossible odds, and along the way, Moana fulfills the ancient quest of her ancestors and discovers the one thing she’s always sought: her own identity. 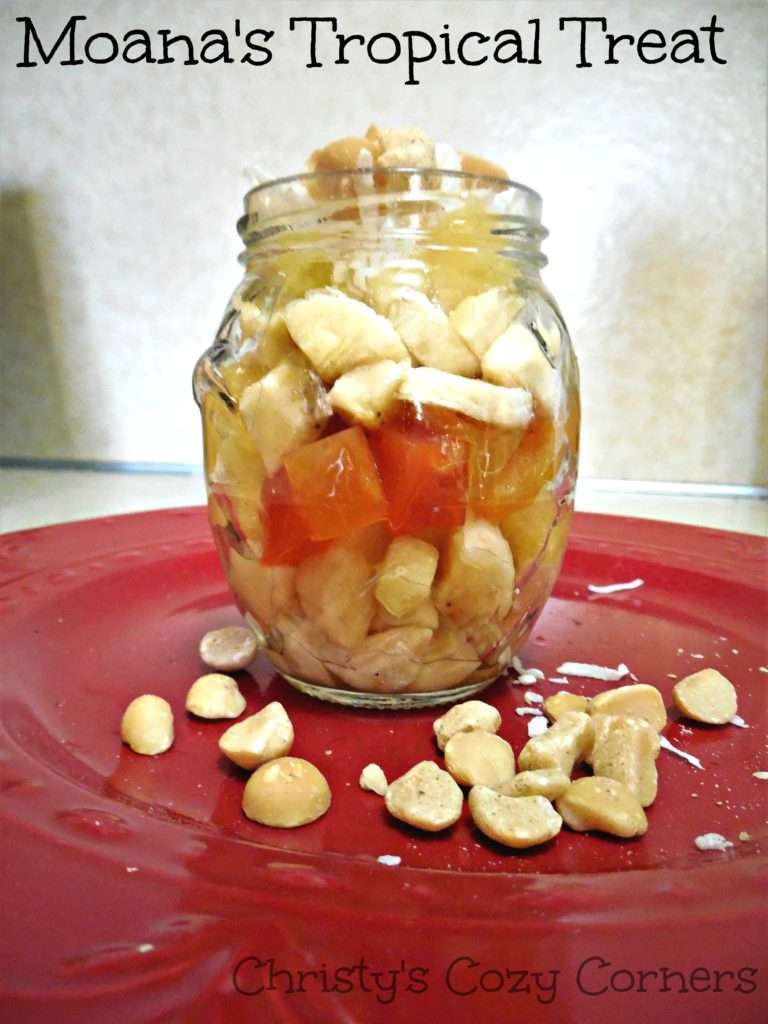 This is super easy to make and you can add and remove whatever you want! I cut up a small banana into little chunks (sliced in half lengthwise, sliced those halves in half and cut slices) and put half of that in this cute little jar I have. You can use whatever glass jar you’ve got on hand. Then I cut up some fresh pineapple into little chunks and layered those. Next I used the mango and papaya from a tropical fruit cup! I am not a fan of canned pineapple, so I didn’t use that. Then I just layered the rest of the banana and more fresh pineapple on top. I topped this with shredded coconut and some macadamia nuts.

This tropical treat is so good and refreshing! Make some up with your kids, and go see Moana! It is rated PG, and it opens November 23, 2016. 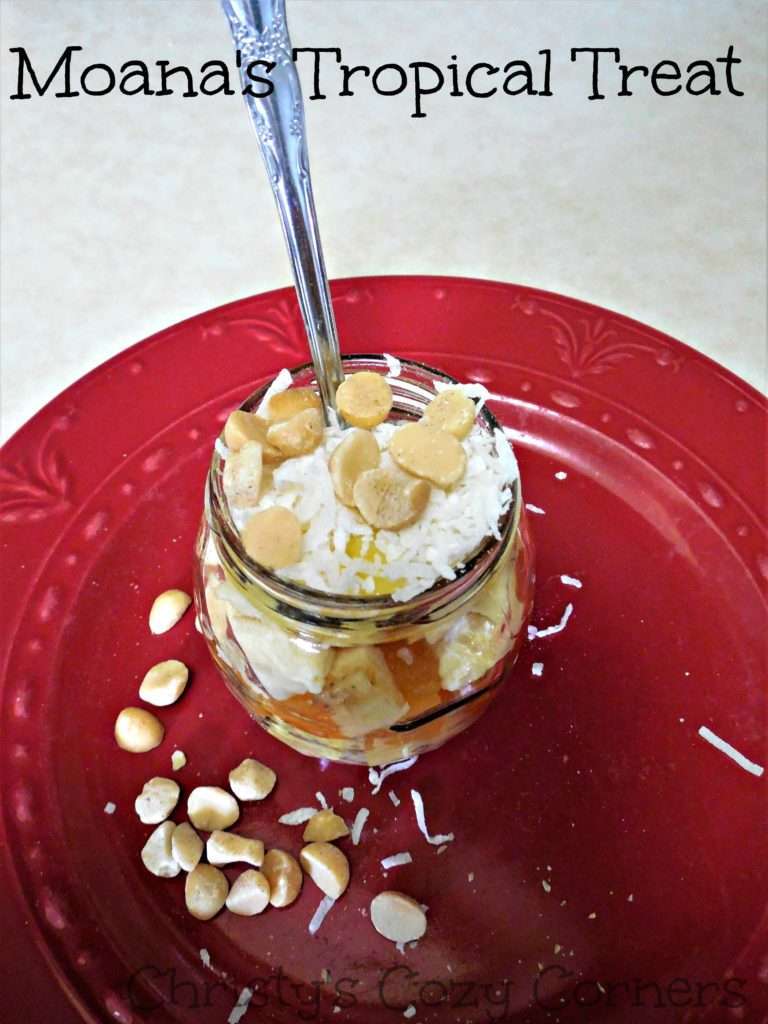 Thanks for sharing!
« Feel Fabulous This Weekend with These Amazing Pick-Me-Ups
Dining with Dinosaurs A Tasty Guide to Mesozoic Munching »