You are here: Home / Entertainment / First Look at Emily Blunt as Mary Poppins | Mary Poppins Returns
Thanks for sharing! 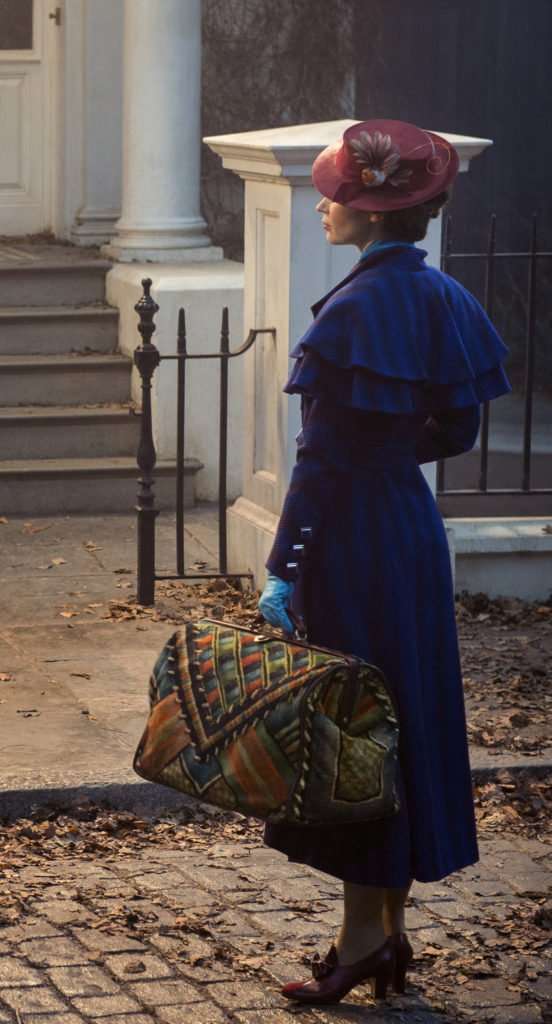 This post contains affiliate links. If you make a purchase with one of these links, I may receive compensation.

I love Mary Poppins! It is such a magical story, and I love listening to the soundtrack too. Mary Poppins is definitely one of my very favorite Disney movies, and I cannot wait until Mary Poppins Returns is out. Here is your first look at Emily Blunt playing Mary Poppins.

In the story, Michael and Jane are now grown up, with Michael, his three children and their housekeeper, Ellen , living on Cherry Tree Lane. After Michael suffers a personal loss, the enigmatic nanny Mary Poppins re-enters the lives of the Banks family, and, along with the optimistic street lamplighter Jack, uses her unique magical skills to help the family rediscover the joy and wonder missing in their lives. Mary Poppins also introduces the children to a new assortment of colorful and whimsical characters, including her eccentric cousin, Topsy .

The film is produced by Marshall, John DeLuca and Marc Platt. The screenplay is by David Magee based on The Mary Poppins Stories by PL Travers with Marc Shaiman and Scott Wittman writing all new songs and Shaiman composing an original score.

MARY POPPINS RETURNS will be released in U.S. theaters on December 25, 2018!

Thanks for sharing!
« Organize Essential Oils with this Quick and Easy DIY
Gold and Rainbow Desserts for St. Patrick’s Day »