You are here: Home / Entertainment / Movies / Watch these Three Clips from The Zookeeper’s Wife 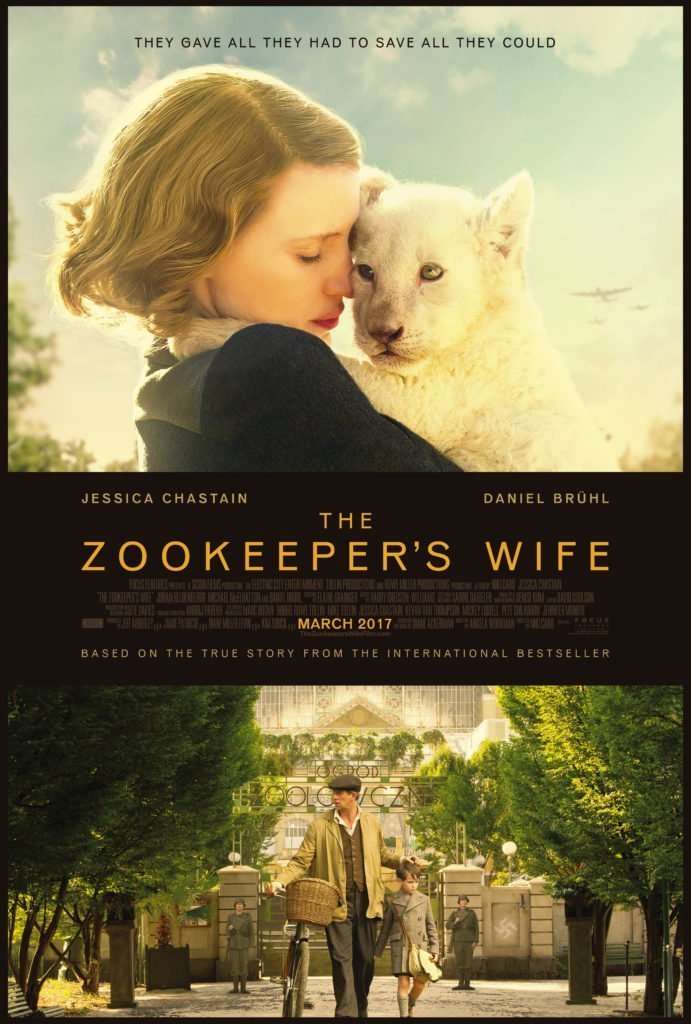 In 1939 Poland, Antonina Żabińska (portrayed by two-time Academy Award nominee Jessica Chastain) and her husband, Dr. Jan Żabiński (Johan Heldenbergh of “The Broken Circle Breakdown”), have the Warsaw Zoo flourishing under his stewardship and her care.

When their country is invaded by the Germans, Jan and Antonina are stunned – and forced to report to the Reich’s newly appointed chief zoologist, Lutz Heck (Daniel Brühl of “Captain America: Civil War”). To fight back on their own terms, Antonina and Jan covertly begin working with the Resistance – and put into action plans to save lives out of what has become the Warsaw Ghetto, with Antonina putting herself and even her children at great risk.

Three clips from The Zookeeper’s Wife

I really love these clips because I think they give you a good idea about the tone of the film as well as the story line. It’s been a while since I’ve watched this movie, but it is very memorable. Watch it, and you’ll see!

What’s In Their Heart’s Clip: The Zookeeper’s Wife

Have you ever wondered how true a film is to the real story? You need to check out History vs. Hollywood. You can find out how true The Zookeeper’s Wife film is to Antonina and Jan’s real life. You can also read the book on which the film is based. Check it out below.

Find out more about the film