You are here: Home / Entertainment / Movies / The Beguiled Girls Gone Wild in the 1860s Clip
Thanks for sharing!

Written by Sofia Coppola, based on the novel by Thomas Cullinan and the screenplay by Albert Maltz and Grimes Grice 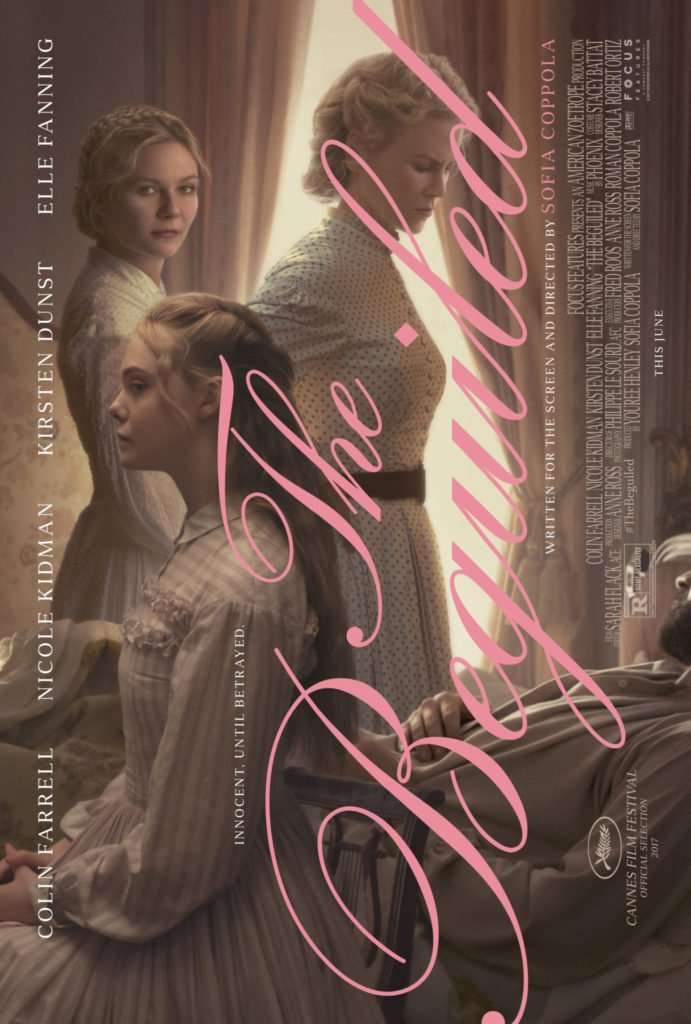 This latest clip is HILARIOUS! I am sure it was super hot for these actors while filming this movie, so anyway they could have fun had to have helped. I know when I am hot, I am cranky! I’m impressed not only with their talent but also with their ability to have fun under pressure. Congrats to the cast and to Sofia Coppola for her BEST DIRECTOR WIN at Cannes!

Yes, the “warning” is fake lol! Check it out here:

The Beguiled is an atmospheric thriller from acclaimed writer/director Sofia Coppola.

The story unfolds during the Civil War, at a Southern girls’ boarding school. Its sheltered young women take in an injured enemy soldier. As they provide refuge and tend to his wounds, the house is taken over with sexual tension and dangerous rivalries, and taboos are broken in an unexpected turn of events.

Thanks for sharing!
« Watch the Official Trailer for Olaf’s Frozen Adventure
Disney Pixar’s CARS 3 is now Playing in Theatres »