You are here: Home / Books / Book Reviews / WWI Fiction at its Best: High as the Heavens by Kate Breslin
Thanks for sharing!

Disclosure: I received High as the Heavens from Bethany House free for review. 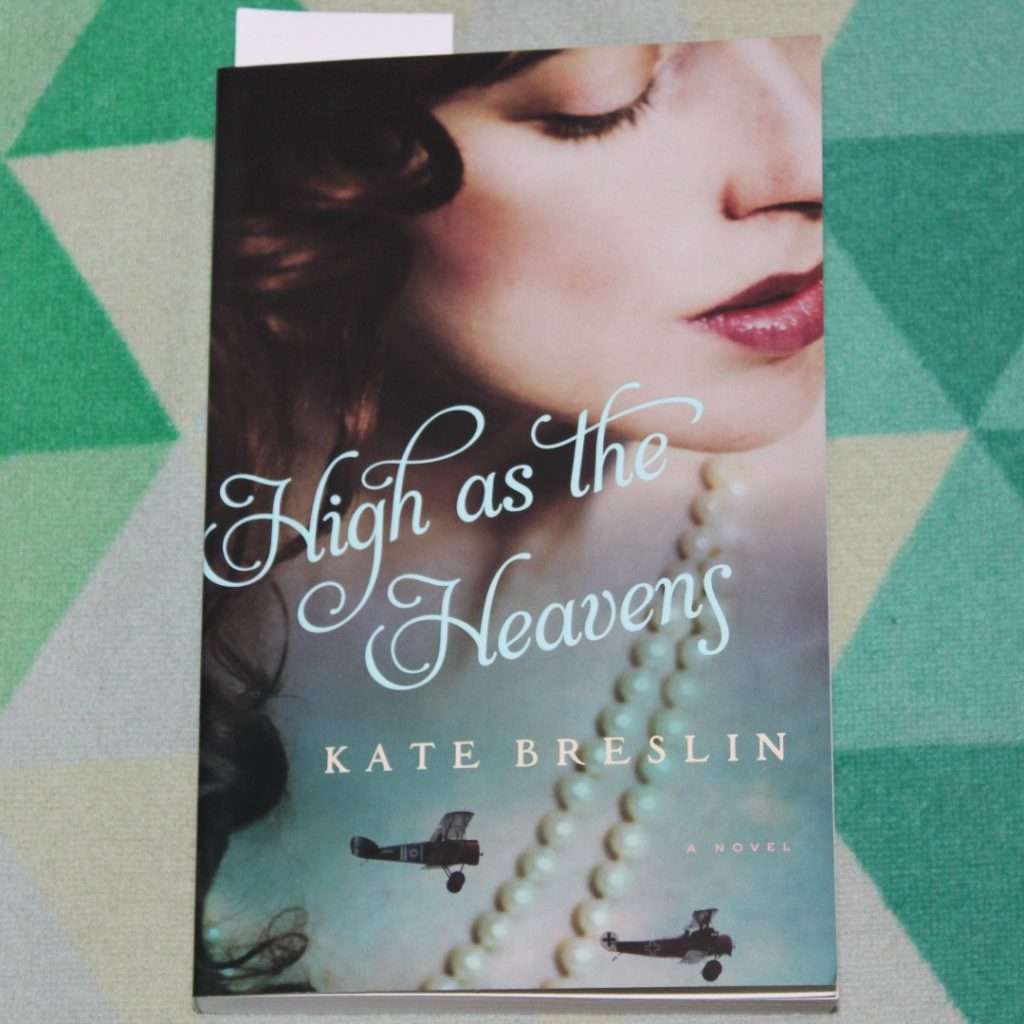 High as the Heavens

In 1917, Evelyn Marche is just one of many women who has been widowed by the war. A British nurse trapped in German-occupied Brussels, she spends her days working at a hospital and her nights as a waitress in her aunt and uncle’s café. Eve also has a carefully guarded secret keeping her in constant danger: She’s a spy working for a Belgian resistance group in league with the British Secret Service.

When a British plane crashes in Brussels Park, Eve is the first to reach the downed plane and is shocked to discover she recognizes the badly injured pilot. British RFC Captain Simon Forrester is now a prisoner of war, and Eve knows he could be shot as a spy at any time. She risks her own life to hide him from the Germans, but as the danger mounts and the secrets between them grow, their chance of survival looks grim. And even if they do make it out alive, the truth of what lies between them may be more than any love can overcome.

Purchase High as the Heavens

Historical fiction is one of my favorite genres…though I say that about a lot of genres….Okay, I love reading! We’ve established that. High as the Heavens is the first book I’ve read by Kate Breslin, but it won’t be the last! I haven’t read many books set during WWI. It seems a lot of books about the World Wars are set during WWII, so this was a new experience for me.

No matter how many books I read about wars, I’m always saddened and amazed by the atrocities and the suffering. I can’t even begin to imagine the evil in people’s hearts…how they feel that looting and burning and raping and murdering innocent citizens is okay. These people didn’t ask for war, yet they suffer starvation, cold, sickness, death due to the consequences of war coming to their town. Having soldiers taking over your home would be bad enough, but having them take your food and your possessions adds insult to injury. Yet the people survived. Their tenacity even led some of them to risk their lives to spy on the enemy.

I love the characters in this novel. Eve is such a conflicted character. She’s experienced so much loss and that has caused her to doubt God. It is exactly the way most people would react. She slowly regains her faith and trust in God and starts leaving things in His hands. She finds that as she does, He is faithful.

I definitely recommend this to historical fiction lovers.

Former bookseller-turned-author Kate Breslin enjoys life in the Pacific Northwest with her husband and family. A writer of travel articles and award-winning poetry, Kate received Christian Retailing’s 2015 Best Award for First Time Author and her debut novel, For Such A Time, was shortlisted for both the Christy and RITA awards and received the American Christian Fiction Writer’s 2015 Carol Award for Debut Novel. Kate’s third novel, High As The Heavens, will release June, 2017.

When she’s not writing inspirational fiction, Kate enjoys reading or taking long walks in Washington’s beautiful woodlands. She also likes traveling to new places, both within the U.S. and abroad, having toured Greece, Rome, and much of Western Europe. New destinations make for fresh story ideas.

Visit Kate’s blog and read about how she did research for this book.

Read more about one of Kate’s inspirations for the story

One of Kate’s inspirations for High as the Heavens was the story of the British nurse, Edith Cavell. Check out this article that mentions her along with other heroic women who helped win World War I: https://www.bustle.com/articles/48404-10-heroic-women-who-helped-win-wwi-because-the-great-war-wasnt-only-fought-by-men