You are here: Home / Books / Writing Inspiration from Randy Lindsay
Thanks for sharing!

November is NaNoWriMo (National Novel Writing Month, for all you non NaNo’ers). I am sharing this post from Author Randy Lindsay to show you that story ideas can come from anywhere!

WHERE DO MY IDEAS COME FROM?

The question I’m asked most often is, “Where do I get the ideas for my stories?”

Most of the time, my answer is that story ideas are all around us. They exist in the conversations we have each day—especially in those where we disagree with what someone else has said. They jump out from stories we read in books or watch on video then wonder what happens next. They bubble up from our own thoughts as we look at abstract art and try to determine what it’s supposed to mean. Pretty much anything can give us inspiration for a new story

Pounce and the Riddle of Fire is my latest middle grade novel. It’s about a tiger-folk cub who accepts a dangerous quest to find the lost Saber tribes of the Eastern Jungle. If he does he will earn his name of maturity and if he fails he will be banished from his home. Along the way he makes friends with a human girl with an attitude and a pair of gazelle-folk looking for lost artifacts. They encounter all sorts of strange creatures and have to work together in order to survive.

The idea for the Battlementals stories came from my work as a game designer. I used to create board and card games. Back then, instead of everything in my life becoming an idea for a great story I thought those same ideas would make great games. Battlementals was originally a board game that used action figures based on the elements. It was a great game, but another company produced one with a similar idea first and I shelved the project.

When I decided to start writing middle grade books, I knew that I should use my Battlementals game as the basis for my story world. Since creatures from the six elements constantly battle one another for dominance of their universe it was easy for me to find conflicts to include in my stories. And I already had a bunch of cool—as in awesomely strange—creatures that I’d created for the game. They became the driving forces of the story in my books.

For each of the Battlementals novels, I decide which group of creatures I want to write about then determine who would try to stop them from doing what they normally do. That might be members of their own species or it could be battlementals from a different element. In Pounce and the Riddle of Fire, Pounce just wants to gain his name of maturity and be accepted as an adult in his tribe. When I figured out who would want to stop him from becoming a fully-acknowledged member of the tribe, I had the basic idea for my story.

Hollywood Style – select two movies and see what comes to mind when you try to blend them together into a single story. Take a moment and imagine what sort of story you could make from putting together The Legend of Tarzan and Sing. 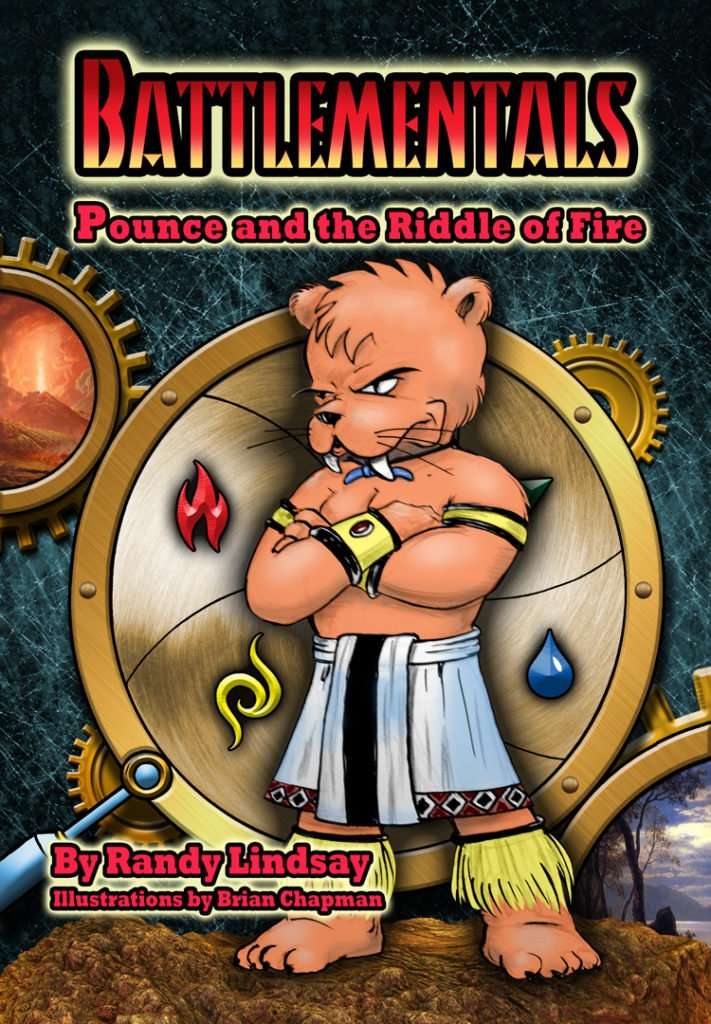 Pounce and the Riddle of Fire

Pounce and the Riddle of Fire is a middle grade fantasy novel that tells the story of a tiger-folk cub who undertakes a grand quest to earn his name of maturity and the right to lead the tribe. The quest he is given seems impossible. How could anyone find the lost Saber tribes of the Eastern Jungles? And if he doesn’t, he’ll be banished forever.

With no other choice, Pounce begins his journey across the treacherous realm of Fire, but soon finds he is not alone. A human girl with a secret and two gazelle-folk trying to reach the city of Torch View decide to join him. The four unlikely companions find themselves battling elemental monsters and fierce Fire creatures. Unable to turn back, Pounce must rely on the help of his new friends to uncover the secret of the Riddle of Fire as he continues his quest.

This fantasy adventure is the second book in the Battlemental universe and combines action and humor to show that people from different backgrounds often make the best friends. Several interior illustrations depict the heroes and some of the strange creatures they meet. Pounce and the Riddle of Fire is a middle grade novel in the style of Brandon Mull (Fablehaven) and Rick Riordan (Percy Jackson and the Lightning Thief). 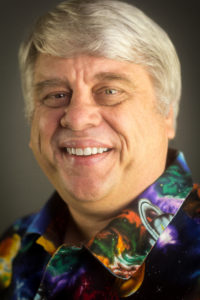 RANDY LINDSAY is world traveler, which sounds impressive until you realize the worlds he visits exist only in his mind and on the pages of his novels. He claims to prefer this method of sight-seeing because he can stop at any time, go to the kitchen, and indulge his ice cream addiction. When he isn’t busy making things up he likes going to movies with his wife to watch what other people have made up and plays board games with his children who are in the habit of making up the rules as they go along.

He is also the author of 5 published novels and speaks publicly on the writing process. You can find out more about him at WWW.RanTheStoryMan.com .

Thanks for sharing!
« October 29th is Cat Day and Freshpet Has Great News for Cat Shelters
Surprising Benefits of Living a Spiritual Life »