You are here: Home / Food / Enjoy Game Day Snacks with Ritz Crackers and Coca-Cola
Thanks for sharing!

Football and game day snacks are two things that bring a family together.  I have fond memories of growing up watching football with my family. I was born in 1970, so I grew up during the 70s and 80s. In the “old days,” most families had one television. That meant we had to agree on what to watch, but when sports were on, we didn’t have much choice. We watched sports because that’s what Dad wanted to watch. By the way, the rest of the household were girls! 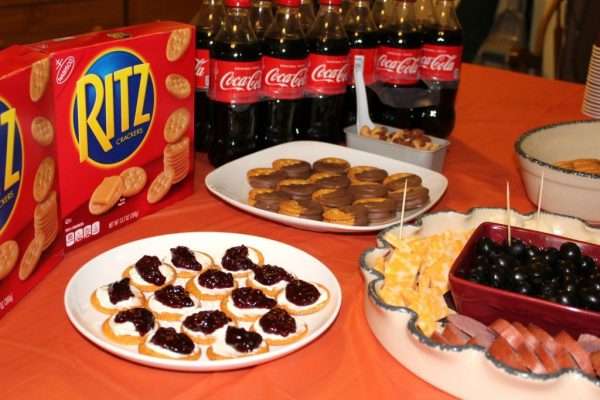 This shopper has been compensated by SheSpeaks, Inc., The Coca-Cola Company and Mondelez International group. All opinions are mine alone.

My dad loves all sports, and he instilled a love for watching them in us girls. Football season meant we watched the games on Sundays after church and dinner. It meant watching every bowl game and cheering for our favorite teams. Then, of course, we had to watch the “Big Game,” and that also meant game time snacks! Now, in my own family, the Big Game takes lots of preparation…preparing snacks that is. Ritz Crackers and Coca-Cola are naturally a part of those snacks. 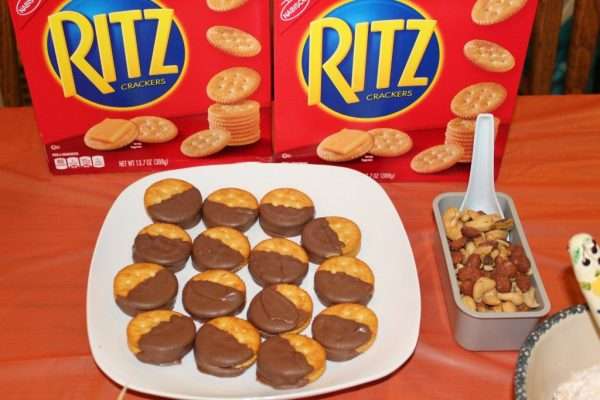 I love the versatility of Ritz Crackers. That buttery goodness naturally pairs well with both sweet and savory treats. Some of my favorite game day snacks call for Ritz Crackers. I’ve made so many things with Ritz Crackers over the years that it was hard to narrow it down to just a few ideas to share with you!

I’ll start with my sweet snack! This Ritz Crackers chocolate and peanut butter snack is so simple that you’ll want to make it for every game! You just spread peanut butter on a Ritz Cracker and top it with another Ritz Cracker! Put them in the freezer for about an hour and then dip them in melted chocolate. You can coat the entire thing or just do half like I did here. 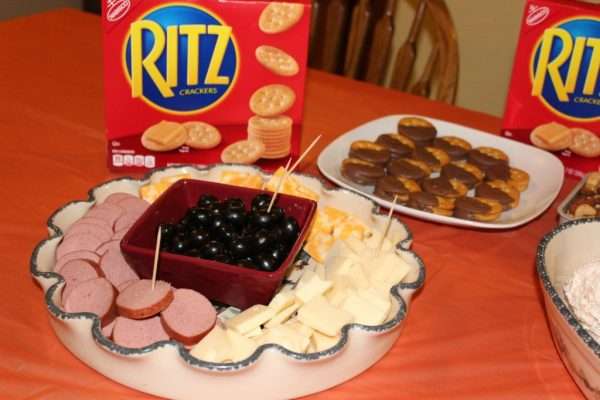 Another of my favorite ways to use Ritz Crackers is with cheese and Trail Bologna (or ring bologna as it may be known in your area). Cheese just naturally goes with Ritz Crackers! I like using the Trail Bologna as well because it reminds the kids and me of watching football with my late husband. It was his favorite game day snack, so we still make it part of our Big Game day celebrations. 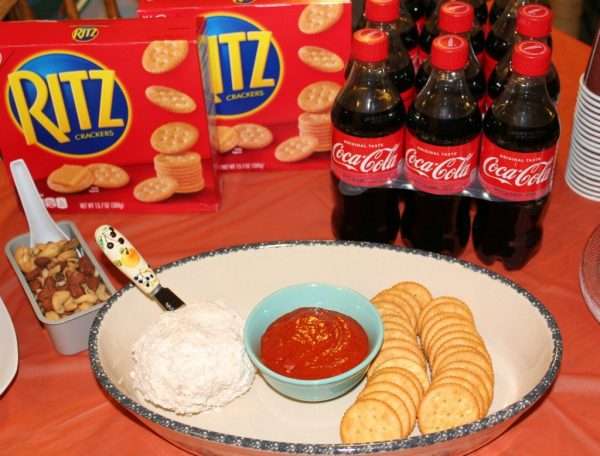 I always associate the Big Game and Ritz Crackers with some type of cheese ball or dip. I made a simple shrimp ball mixing 8 oz. of softened cream cheese with one 4.25 oz. can of baby shrimp, drained. I know a lot of people serve theirs with the cocktail sauce poured on the top, but I serve it on the side since not everyone likes it.

There is just something about Coca-Cola that naturally makes me think of football and the Big Game. If you were around during the late 70s and watching the Big Game, you’ll know what I mean when I say – “Hey, kid. Catch.” For me, that’s one of my most vivid memories of being a kid, and it still makes me smile. 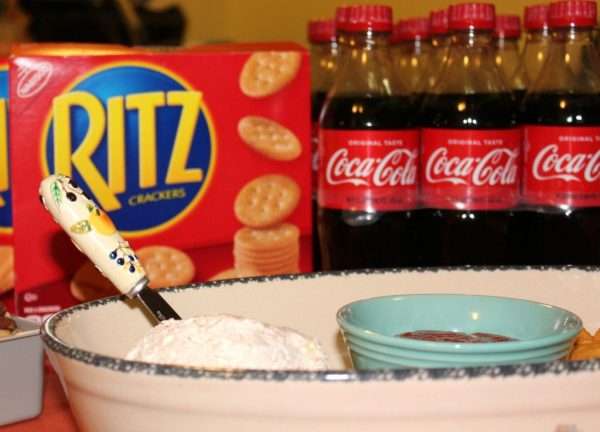 Coca-Cola just naturally goes with football too. Just grabbing a bottle out of the refrigerator and enjoy that refreshing, crisp, cold taste. I’ve shared lots of memories of my grandma, and Coca-Cola reminds me of her too. It was her drink of choice when she’d take me out to eat. There is just something about the taste of Coca-Cola that sets it apart. I think it probably has something to do with the fact that it’s been around since the late 1800s and has never had artificial flavors or preservatives added.

You can buy Coca-Cola at Walmart to have on hand anytime you’re on the go. They’re perfect for meals and for sharing too. And, of course, they’re the perfect drink to pair with your game day snacks. 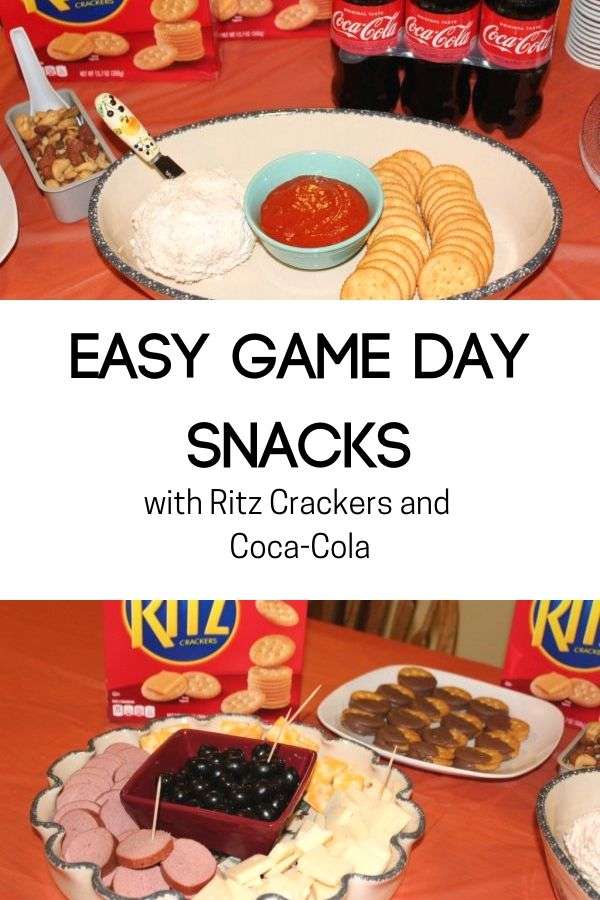 Thanks for sharing!
« Time to Watch THE INCREDIBLE HULK and Get Ready for #InfinityWar
T’Challa as the New King in Marvel’s Black Panther with New Featurettes #BlackPanther »