You are here: Home / Entertainment / Movies / Watch IRON MAN Movie this Week to Prepare for Infinity War #InfinityWar
Thanks for sharing!

The movie we’re watching this week to prepare for INFINITY WAR is IRON MAN. Come on, you know you said it: “I am Iron Man.” Now that we’ve gotten that out of the way, let’s chat about it. 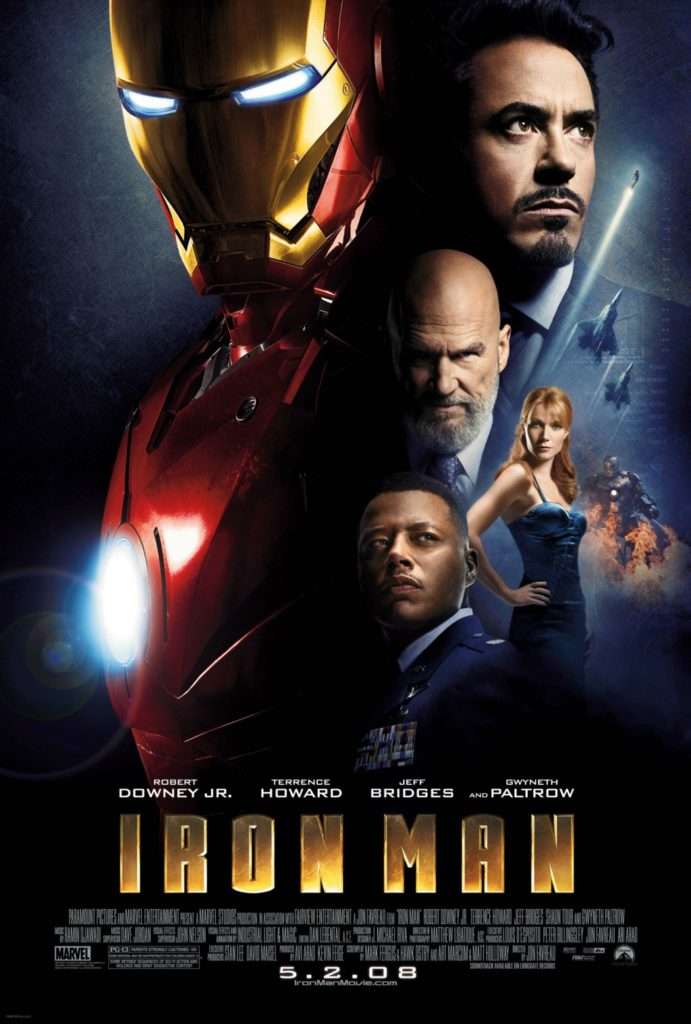 Wow! Look at that poster. See the date on the bottom? By the time INFINITY WAR hits theatres, it’ll have been 10 years since IRON MAN was released! That there is enough for you to rewatch it. But if that’s not enough to convince you, let’s talk about Tony Stark. Boy, that Tony is full of himself isn’t he? Well, that’s sort of the point. He’s smart…genius level smart….rich….understatement….and self-centered. But here’s the thing. He’s only got himself.

One of my favorite quotes from the movie is when Tony asks Yinsen, “You got a family?” Yinsen answers, “Yes, and I’ll see them when I leave here. And you?” (Talk about awesome foreshadowing…) Tony says, “No.” And Yinsen says, “So you’re a man who has everything and nothing.” Sob.

Before I got into the whole Marvel Universe thing, I didn’t get what the hype was about with IRON MAN. Then I watched it. Several times. I’ve got tons of favorite quotes and scenes from IRON MAN, and I’m sure if you’ve seen it, you do too. And if you haven’t, stop reading, go watch it, and come back.

Of course, the BEST scene is the last scene. Agent Coulson has handed Tony his alibi on note cards. He’s supposed to read them to the press, so no one will think he was involved in the stuff that went down at Stark Industries. Mhmm. We know that Tony always does what he is told to do. Not. So when Tony’s questioned about it being a “bodyguard” who appeared in a suit. And Tony says something about the reporter insinuating that he’s a superhero, and Tony says he’s not the “hero” type (more sobs because we know he is). Finally, Rhodey tells him to stick to the cards, and Tony looks at the cards and says, “The truth is…..I am Iron Man.”

Then there are the scenes with Agent Coulson, and he explains that he’s from the Strategic Homeland Intervention, Enforcement and Logistics Division and they all tell him it’s a mouthful. Oh, Agent Coulson. How we love you.

Of course, in IRON MAN, we get introduced to J.A.R.V.I.S. And if you’re any kind of Marvel fan, you know what’s coming later.

There is just so much in IRON MAN that you MUST watch this movie before you see INFINITY WAR. Well, honestly, like I said before, you’ve got to watch all the movies first. But begin with IRON MAN and watch this week!

Thanks for sharing!
« Food Presentation Includes You
Healthy Body, Mind, Home, and Career: It’s about Balance »