You are here: Home / Entertainment / Thor: Ragnarok with Bonus Features on BluRay and Digital Now #ThorRagnarok 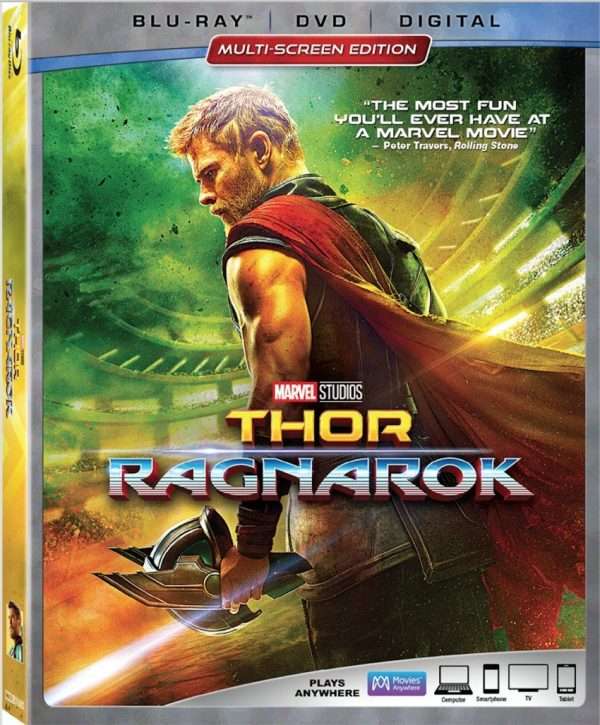 I walked the red carpet for THOR: RAGNAROK

Last October, I was blessed to be able to attend the THOR: RAGNAROK event in Los Angeles. I walked the red carpet, interviewed the stars and saw the world premiere. You can read my full review of the actual movie on my review post. It is definitely one of my favorite movies in the Marvel Cinematic Universe. It is so funny, and there is so much excitement. You feel like you truly are on Sakaar when you watch THOR: RAGNAROK. 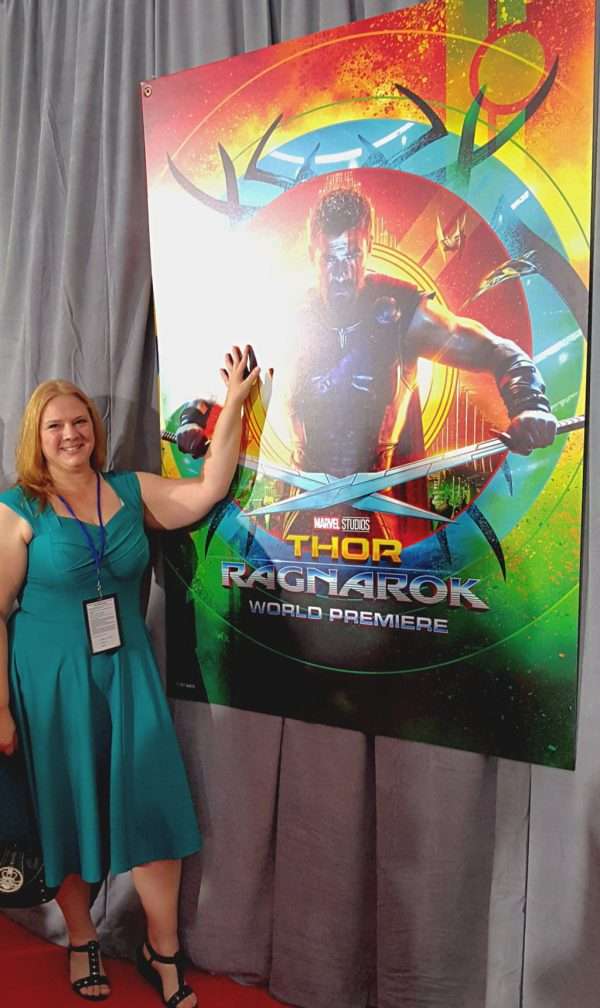 About THOR: RAGNAROK and the Official Home Release Trailer

In Marvel Studios’ THOR: RAGNAROK, Thor (Chris Hemsworth) is imprisoned on the other side of the universe without his mighty hammer and finds himself in a race against time to get back to Asgard to stop Ragnarok – the destruction of his home world and the end of Asgardian civilization – at the hands of an all-powerful new threat, the ruthless Hela (Cate Blanchett). But first he must survive a deadly gladiatorial contest that pits him against his former ally and fellow Avenger – the Incredible Hulk (Mark Ruffalo) – and grapple with his silver-tongued adopted brother Loki (Tom Hiddleston), the fierce warrior Valkyrie (Tessa Thompson) and the eccentric Grandmaster (Jeff Goldblum).

The bonus material is awesome! I only wish there were more of it! I laughed so hard during my interview with Taika Waititi that I could watch him talk for hours!

If you’ve been following my Marvel Movies to Watch before Infinity War posts, you know some of this already!

This is a cute clip of the actors talking about Chris Hemsworth:

Here is a clip from the “Finding Korg” featurette:

Here are a couple of clips talking about Jack Kirby’s artwork:

In this video, Taika Waititi talks about the Australia/New Zealand influence on the space ships in the film, along with a variety of additional AU/NZ fun facts!

The horns on Surtur’s helmet were crafted out of an ancient Australian boomerang that the crew received as a gift while filming in Australia. 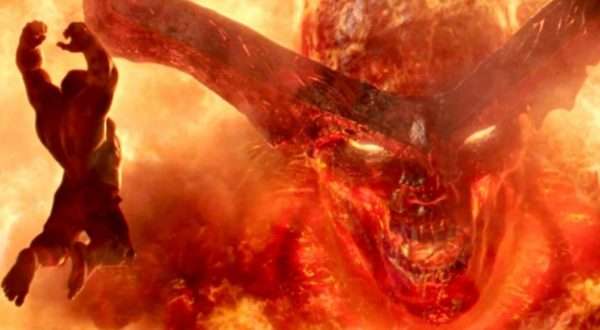 The Grandmaster’s henchwoman, Topaz, is played by Rachel House. She has starred in many of Taika Waititi’s projects, including Eagle vs. Shark, Boy, and Hunt for the Wilderpeople. 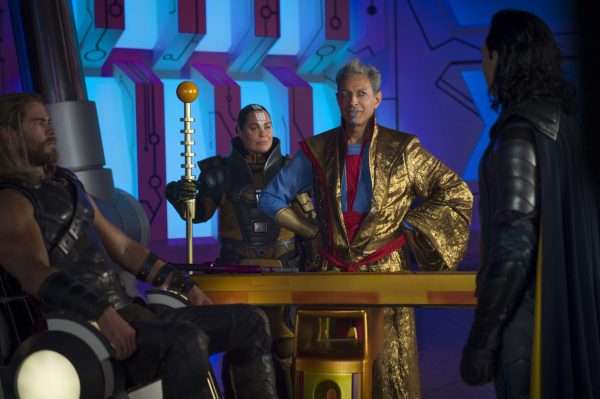 Taika Waititi is a big fan of sketch comedy actor Steven Oliver from Australia’s “Black Comedy” television series. He contacted him to be “Cousin Carlo” in a scene with Jeff Goldblum.

The scene where Valkyrie opens a bottle with her blade is an homage to the Beth Heke character in “Once Were Warriors.” 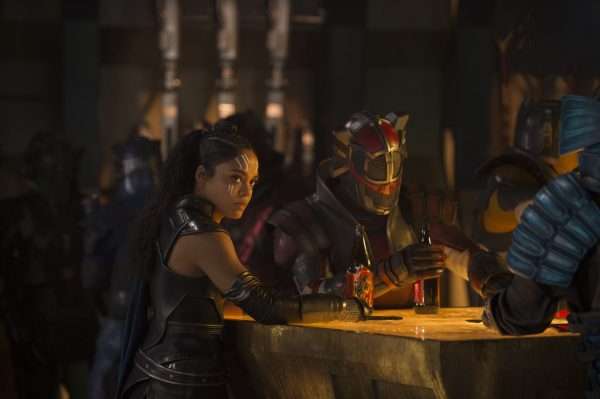 Chris Hemsworth loved Taika Waititi so much he shaved an “N” and a “Z” in the sides of his head for “New Zealand.” (according to Taika, at least) 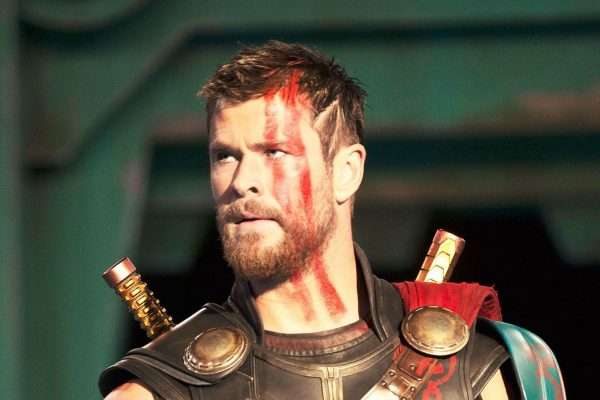 Interns from a local Aboriginal community created much of the Hulk parade masks & banner props on Sakaar. Several of the interns ended up getting jobs with the art department.

The initial Hela costume is loosely based on the comic design. It transitions into the iconic version when she returns to Asgard. Her weapons were based on Gorr the God Butcher’s weapons from the “God of Thunder” comic storyline.

Sakaar’s design was taken from Jack Kirby’s artwork. Taika was a fan as a kid and incorporated many shapes and colors from classic comics.

The obedience discs are power inhibitors lifted from the “Planet Hulk” comic storyline.

The designs of many background characters in Sakaar were also lifted directly from Jack Kirby comics.

Traditionally, the Grandmaster in the comics is blue-skinned. They thought people might tie it back to Jeff Goldblum’s character from “Earth Girls Are Easy.”

The characters of Korg and Miek are from the “Planet Hulk” comic storyline. Taika based Korg’s voice on the Polynesian bouncers in New Zealand, many of whom are extremely polite and don’t want to hurt anyone. 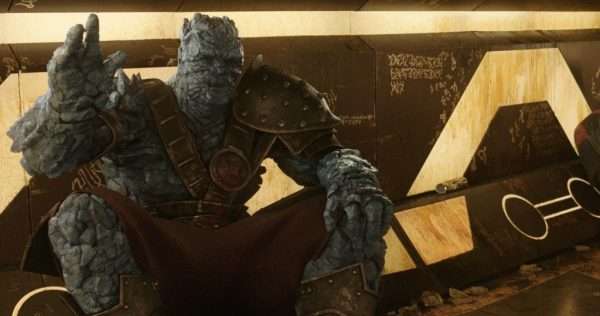 The large wolf, Fenris, is a great ally of Hela’s in the comics.

The mural on the back wall of The Grandmaster’s suite is actual Jack Kirby artwork.

After years of fans asking for it, Thor finally got his helmet in the Sakaarian battle arena.

Odin’s spear, Gungnir, appears in the background of the throne room on Asgard. 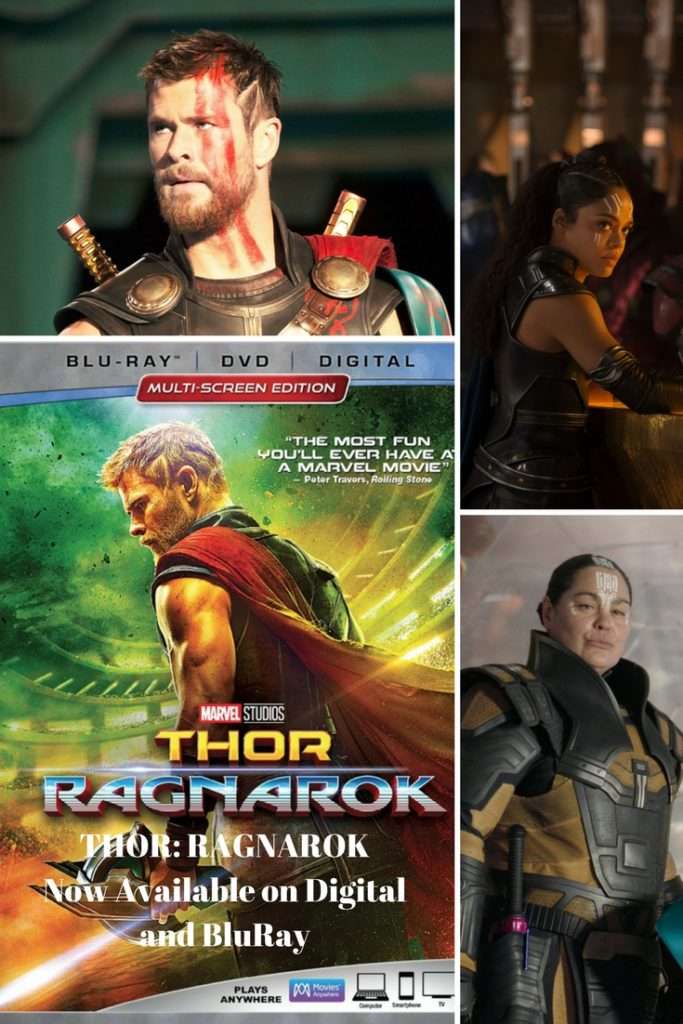 Thanks for sharing!
« Mary Poppins Returns Is Coming Christmas 2018! #MaryPoppinsReturns
Make Guardians of the Galaxy Cake Pops and Watch the Movie to Prepare for Infinity War »