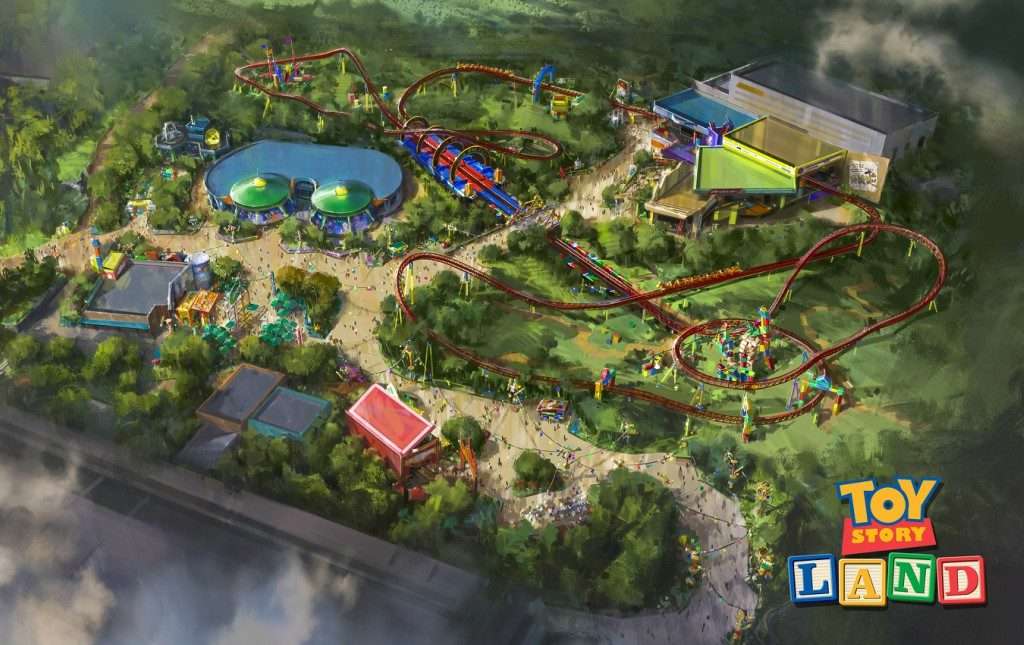 Think back to the first time you watched TOY STORY. It debuted in November of 1995, and I had a little girl who had just turned a year old. Fast forward to the VHS the following year, and I’m pretty sure that was my first foray into the world of TOY STORY. My sister brought the VHS tape to my parents’ house that Christmas. We laughed, we cried, and the rest is history.

Guests in Toy Story Land will feel like they have shrunk to the size of a toy as Woody, Jessie, Buzz, Slinky Dog, the Aliens, Green Army Men and other fun-loving Toy Story characters come to life in the larger-than-life outdoor setting of Andy’s backyard. 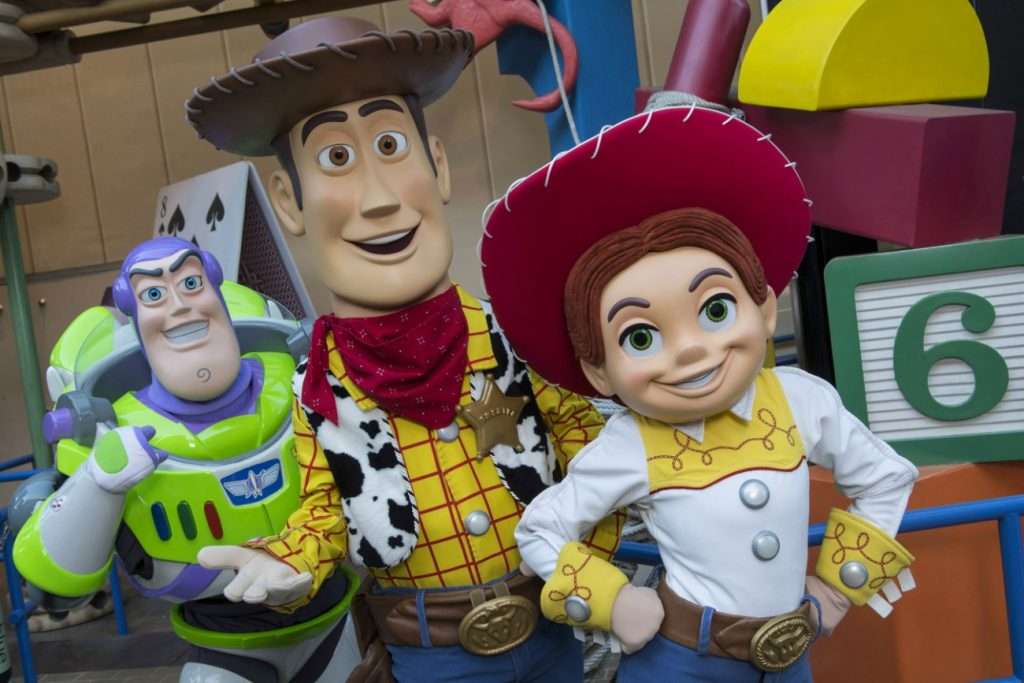 What a backyard!  Andy has set up his toys for the best playtime ever. We all know Andy has a vivid imagination, and Toy Story Land reflects that. Guests will be surrounded by giant building blocks, game board pieces and more.

Toy Story Land is set across eleven fun-filled acres. It will include two all-new attractions and one expanded favorite. Guests will whoosh along on a family-friendly roller coaster behind Slinky Dog, take a spin with flying saucers in toy spaceships and score high on the midway. 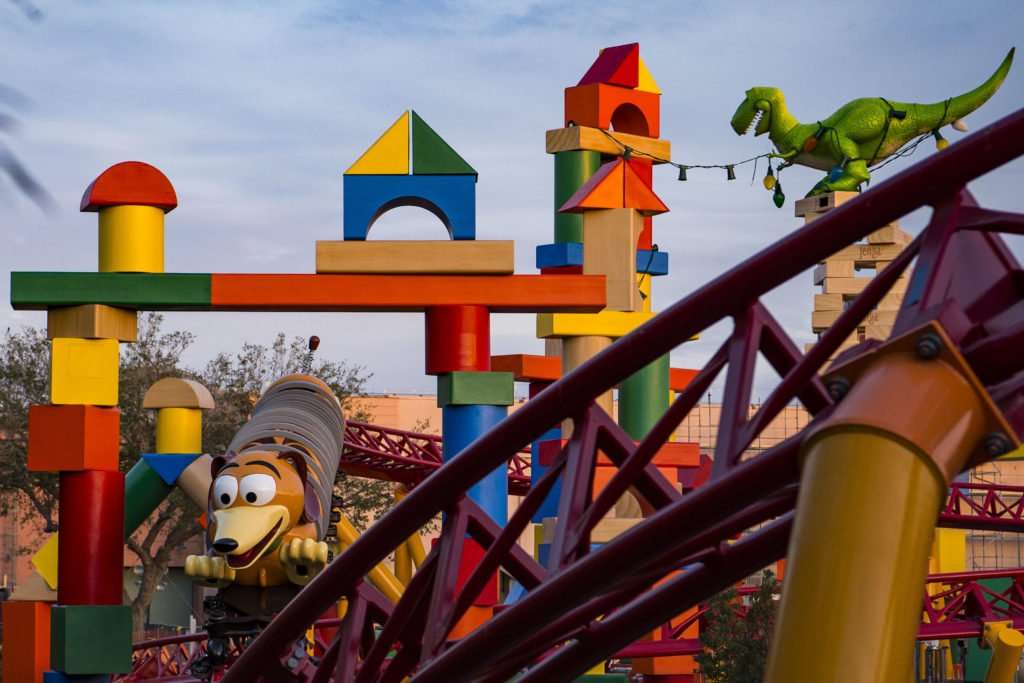 Toy Story Land will celebrate what once defined entertainment for a generation. Crayons, Rubik’s Cubes, Cooties, Green Army Men and other toys and games will pour on the nostalgia for park-goers. The lamp posts will even be shaped like Tinkertoys.

“With set pieces, staging, attractions and experiences Toy Story Land represents the best of Walt Disney Imagineering’s collaboration with our storytelling partners at Pixar Animation Studios,” said Bob Chapek, chairman of Walt Disney Parks and Resorts. “This new land will place guests inside the wondrous world of Woody, Buzz and their pals – and invite everyone to experience the joy of being a toy.” 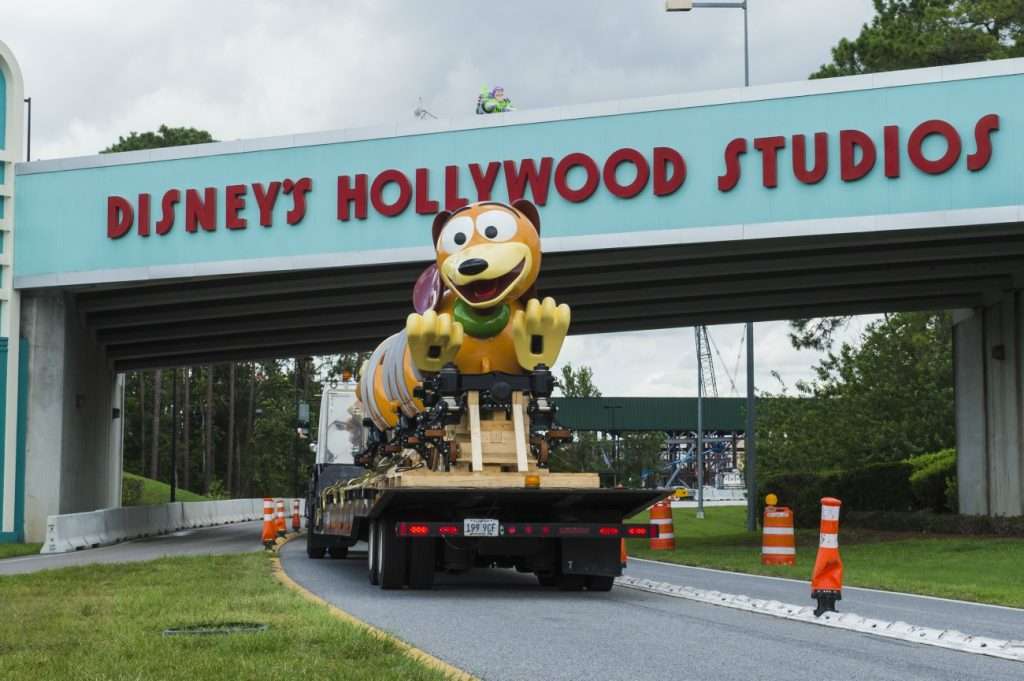 Slinky Dog Dash. Andy has assembled his roller coaster kit for maximum family fun. Tracks and supports in bright colors of red, orange, yellow and blue are put together according to Andy’s hand-drawn plans, with Rex and Jessie lending a hand. And to complete his creation, Andy picked up everyone’s favorite floppy-eared dachshund with a strrrrretch-ing slinky coil belly and dropped it on to the coaster track. Get ready to ride inside Slinky Dog’s coils!

Slinky Dog Dash is inspired by the delightful pooch spinoff of Slinky, the 1950s American toy classic. Riders of all ages will delight as Slinky Dog bends and twists his coils around curves, hills, bridges and drops in the Slinky-est coaster ever. Riders will zip around and above Toy Story Land, serving up panoramic views of all that the new land has to offer. Andy’s colorful creation will stretch Slinky Dog and his coils to the max – from his head to his upturned tail – and be fun for the entire family.

Alien Swirling Saucers. Brace yourself for out-of-this-world thrills because the aliens have powered up their flying saucers! Alien Swirling Saucers will immerse guests in the playful world of Andy’s toys. This galactic space toy is designed as a play set that Andy won at the Pizza Planet restaurant. Adorable little Toy Story green Aliens swirl about in their flying saucers with guests in tow in their rocket-ship toys, while “The Claw” hangs overhead. This space adventure is bathed in music reimagined for intergalactic fun, dappled with multi-color lighting and sound effects from throughout galaxies.

Toy Story Mania! While Andy’s away, the toys will play. One of the most beloved attractions at Disney’s Hollywood Studios, Toy Story Mania!, gets an all-new colorful toy carnival game box entrance when the new land opens. In fact, this is the box that the Toy Story Mania! game came in. Recently updated with a third track, the popular attraction will put even more guests in the carnival playset action taking aim at 3D objects – using everything from baseballs to cream pies – in a variety of whimsical, fast-paced games. To the high-scorer go bragging rights. 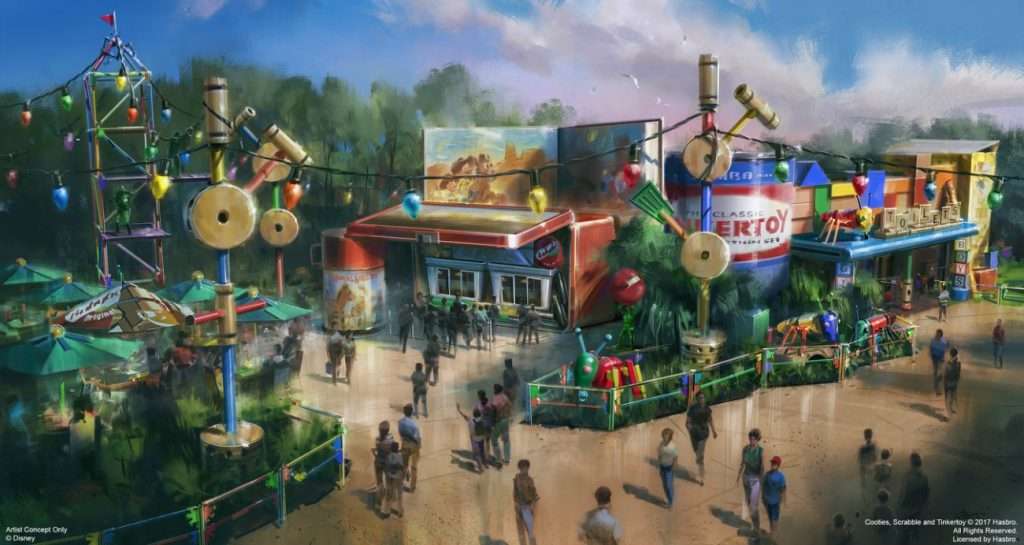 When it’s time for on-the-go refreshments, Woody’s Lunch Box will serve up tasty meals and old-fashioned soda floats. There will be a walk-up window in a setting surrounded by Andy’s favorite toys and a giant vintage thermos. 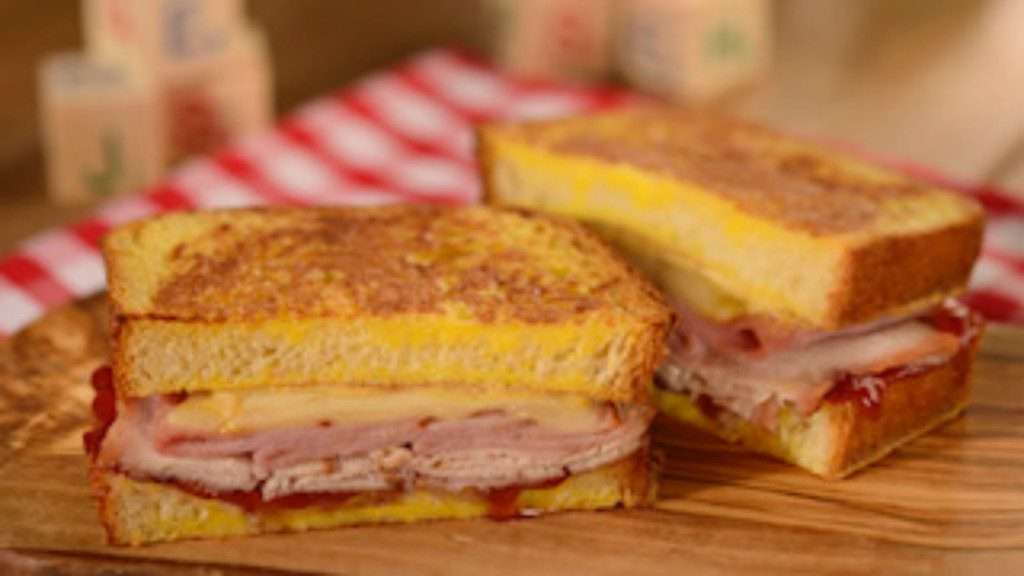 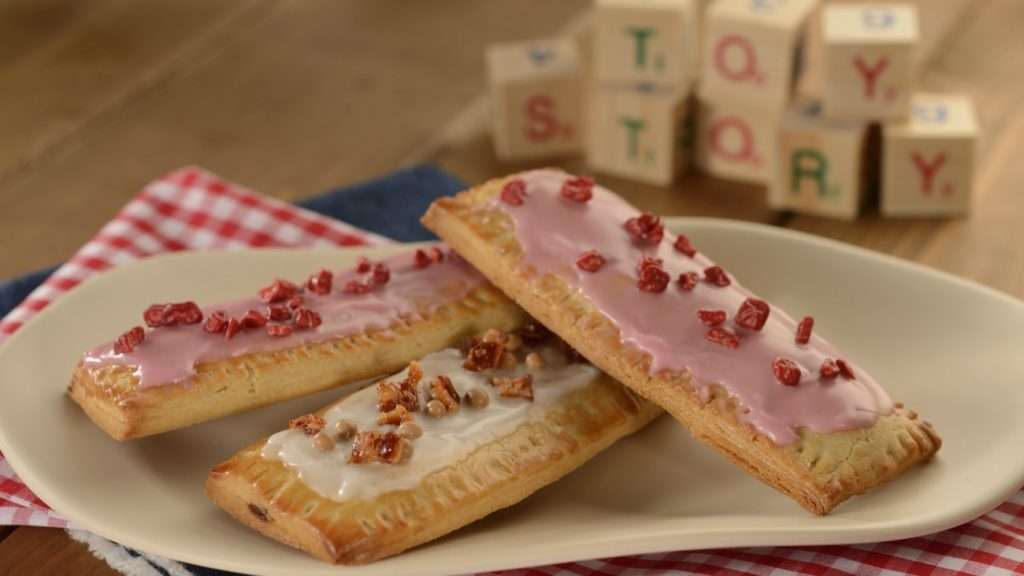 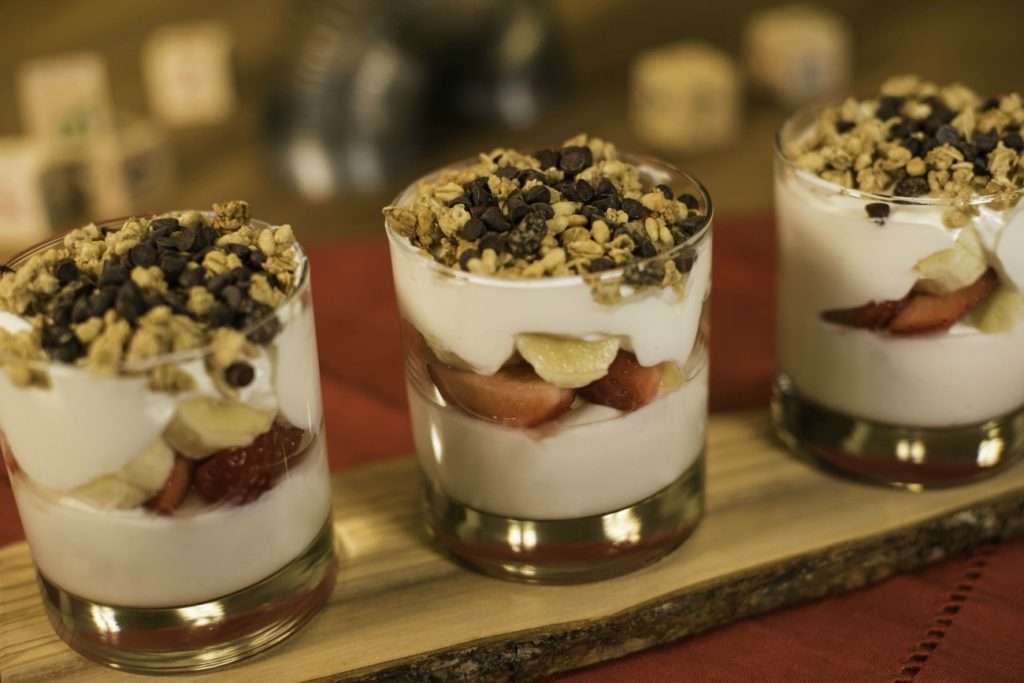 In addition to fountain drinks and refreshing lemonade, beverage offerings include a classic Barq’s root beer float and a Mystic Portal Punch (PowerAde Mountain Berry Blast with flavors of lemon-lime and tangerine). For the big kids there’s a Grown Up’s Lemonade with cherry vodka, Odwalla Lemonade, and black cherry purée.