Rewind to a few weeks before Christmas and you will hear my brother explaining why we need to go vegan. He’s really into documentaries, and he just so happened to binge-watch a bunch of health food documentaries. Fast forward until a few weeks after Christmas, and the vegan phase is over. However, I still had fun learning how to bake vegan desserts, like the vegan banana bread recipe I posted a few weeks ago. Today I’m going to introduce you to the apple muffins I made while looking for a yummy vegan recipe for breakfast.

In case you missed it, I’ve started an Instagram series called #bakingwithkylorey. In short, I use my imagination to create scenarios for how Rey and Kylo pass the time when not being the Supreme Leader or the Last Jedi. Those scenarios all include baking lessons. You can follow along with the adventures by following me on Instagram (molly.becca119) or following the hashtag #bakingwithkylorey. Stop by the blog to find the recipes featured in the posts.

In addition to my brother’s vegan phase, another reason why I like to bake vegan recipes is because one of my friend’s daughters is allergic to dairy and eggs (and also tomatoes, but those don’t often show up in recipes). We were doing a kind of breakfast potluck one Saturday, so I brought along these vegan apple muffins. Plus, I can never get over the weird pleasure I get when I say, “They’re vegan.” Whether you’re looking for a vegan recipe because of health reasons, ethical reasons, or just because, these apple muffins are sure to please!

First you’ll need to prepare your apples. I diced up three small-ish apples, then sauteed them in a pan with 1 tablespoon of brown sugar and one teaspoon of cinnamon. 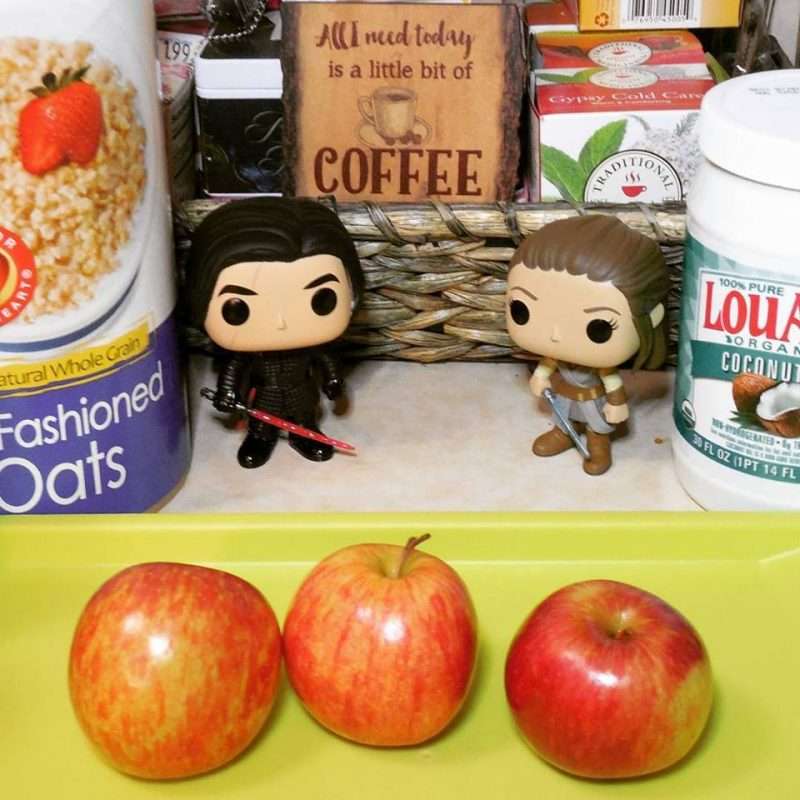 Next, I prepared the batter by stirring together 1 cup of all purpose flour, 1/4 cup of whole wheat flour, 1/2 cup of oats (I used old fashioned), 1/2 cup brown sugar, 1/2 teaspoon salt, 1/2 teaspoon baking soda, and 2 teaspoons baking powder. To this dry mixture I added 1/3 cup coconut oil, 1/2 cup applesauce, and 1/3 cup of almond/coconut milk blend. I folded in the apples, added the batter to the prepared muffin cups, and baked at 375 degrees for about 18 minutes. 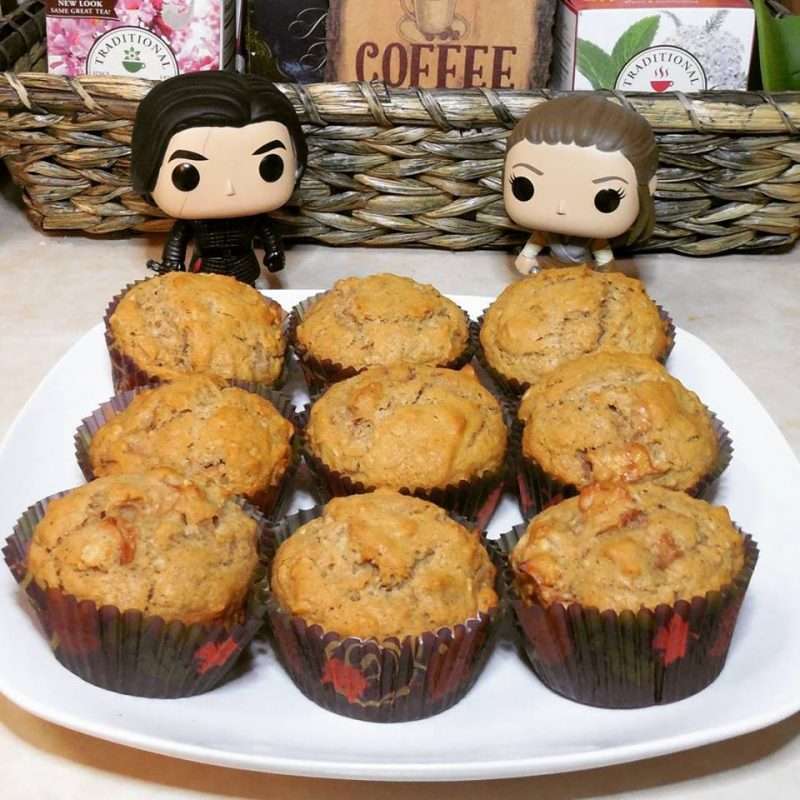 Rey: well they look good. Kylo: yes but looks can be deceiving. Rey: trust me, I know.

These apple muffins were a hit with my friends at our breakfast potluck. My family willingly gobbled up the rest that I brought home. They are great warm (of course!) but this is also a great recipe that you can make ahead (I made them a day ahead). 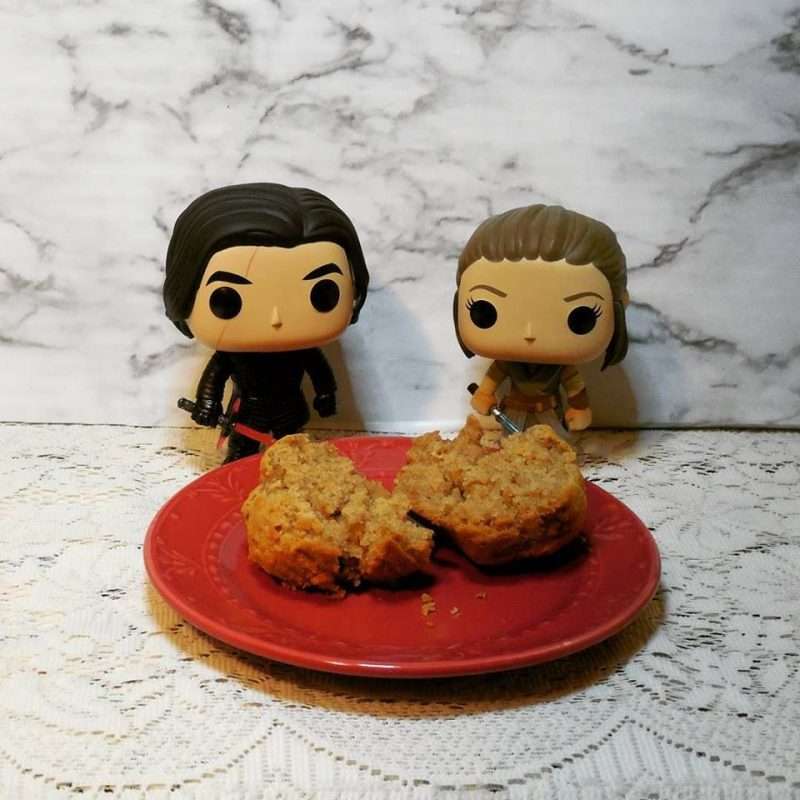 Don’t forget to follow along with Kylo and Rey’s baking adventures by following me on Instagram (molly.becca119), OR to visit the blog to find the recipes they use. 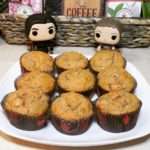 You'll impress your friends with these vegan apple muffins! They're so moist and delicious!

Thanks for sharing!
« A Song Unheard Book Review
How to Avoid and to Treat Varicose Veins »