You are here: Home / Entertainment / Disneyland Food and Fun at Pixar Fest through Sept. 3, 2018 #Incredibles2Event

I attended a Pixar presentation as part of the Incredibles 2 Event press trip to Pixar. All photos in this post (except for the one of me!) are courtesy of Disneyland.

Today is the day that Pixar fans have been waiting for! Pixar Fest is officially open, and there will be Disneyland food and fun revolving around all things Pixar. On my recent trip to Pixar, I got to attend a super informative session with members of the Theme Parks team including Production Manager Krista Sheffler, Creative Director Tasha Sounart and Production Manager Heidi Holman.

I don’t know about you, but when I go to Disney Parks, I love trying new food! During Pixar Fest, Disneyland and Disney California Adventure are offering creatively themed food and beverages inspired by the Pixar stories and characters that we have come to know and love. 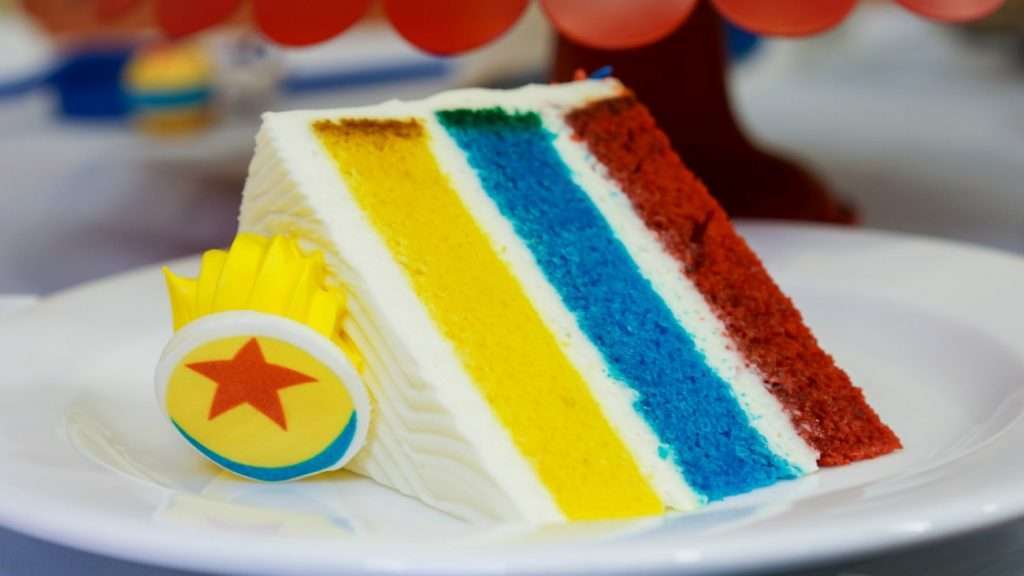 How adorable is this Pixar Fest Celebration Cake inspired by the famous Pixar Ball? I was lucky enough to get my picture taken with the Pixar Ball, and I have to say, it does remind me of the ball.

All I know is that I want to dig into this cake. It is made of yellow vanilla cake, blue raspberry cake and red velvet cake with raspberry purée and vanilla frosting, topped with a chocolate Pixar Ball. YUM! You can find this cake at Plaza Inn at Disneyland Park and Boardwalk Pizza & Pasta at Disney California Adventure Park. 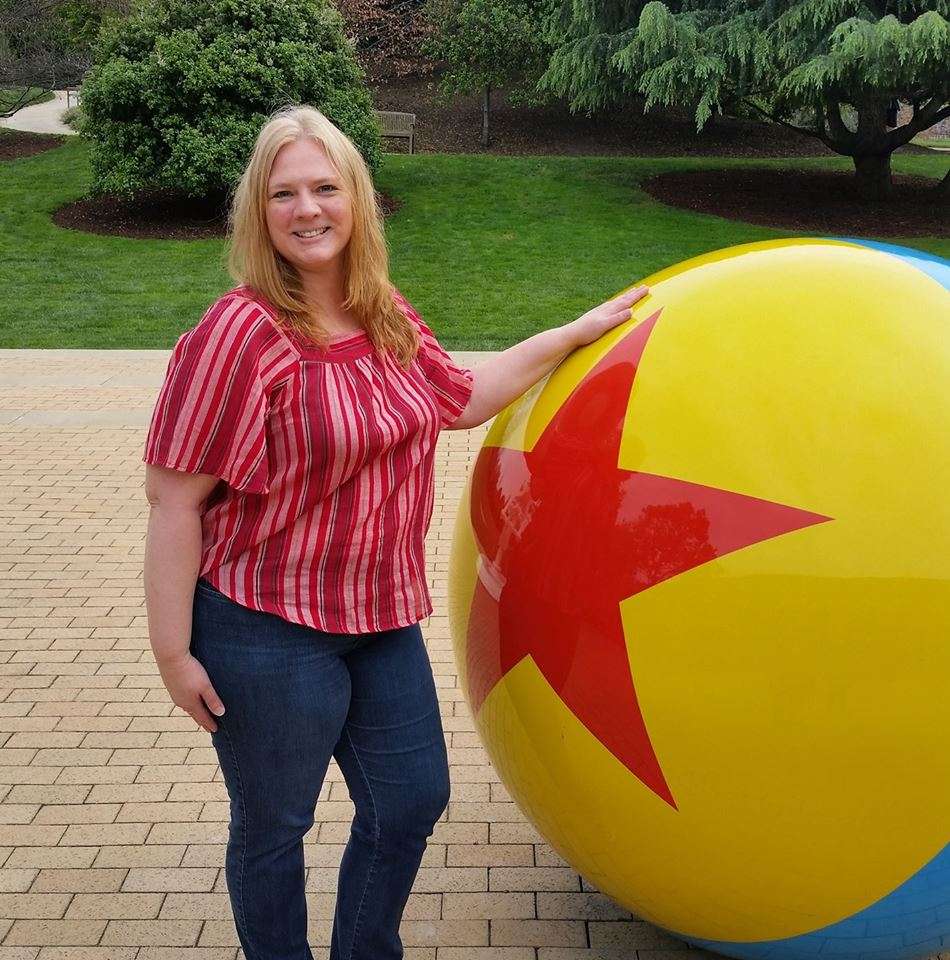 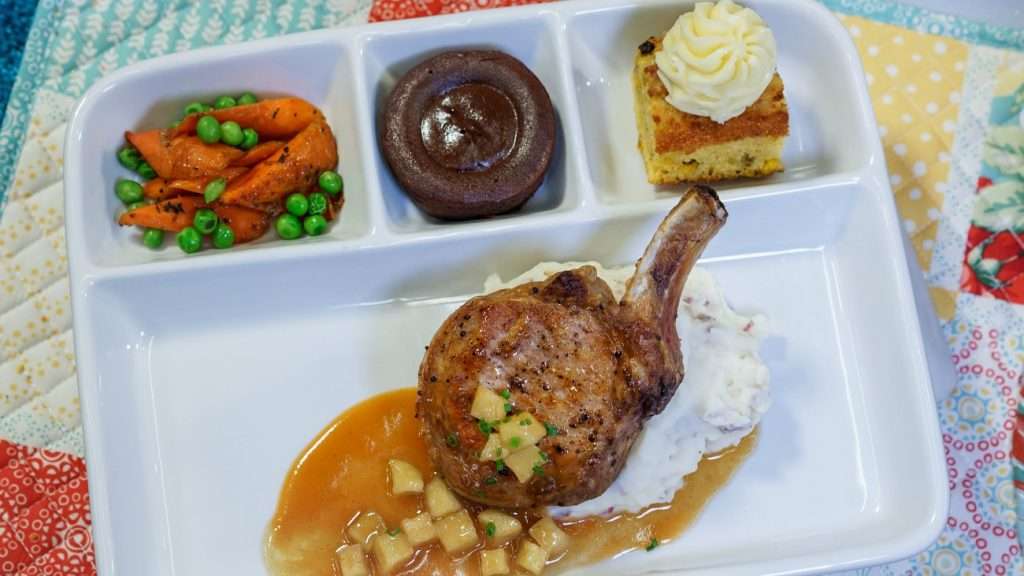 I love COCO! It is so colorful and meaningful no matter your ethnicity. The themes of family and being yourself are so strong. These COCO inspired menu items look like they are to die for! 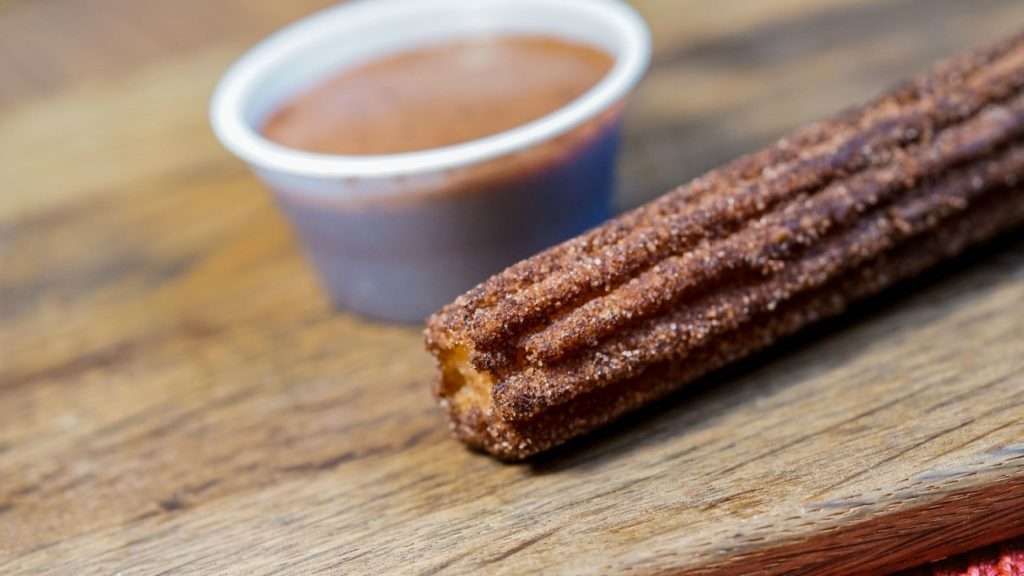 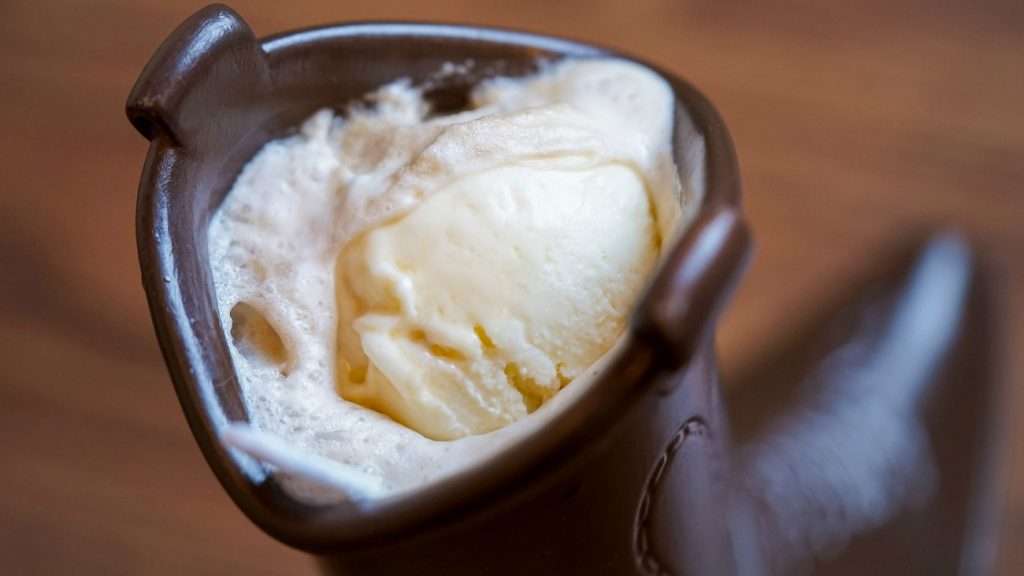 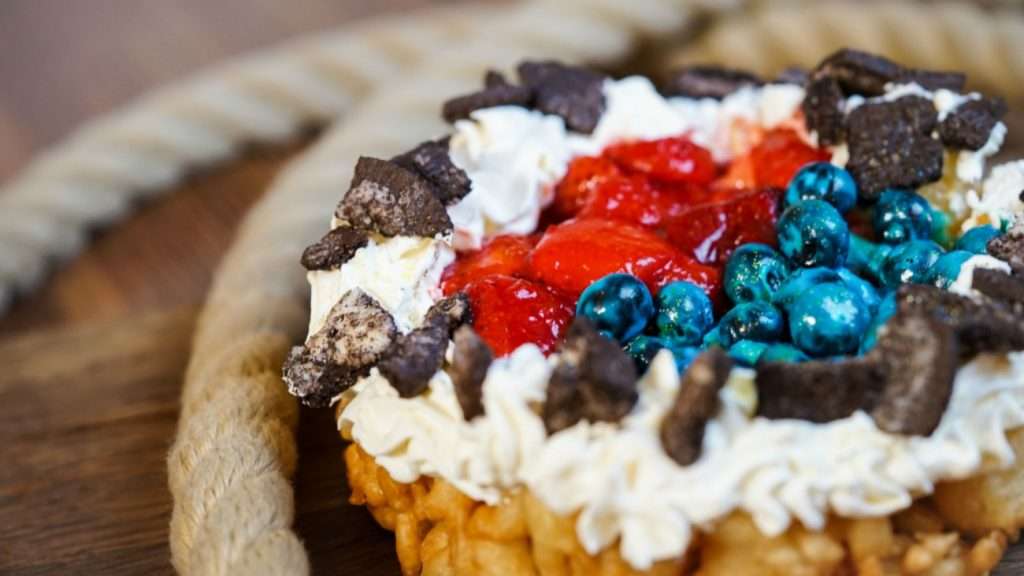 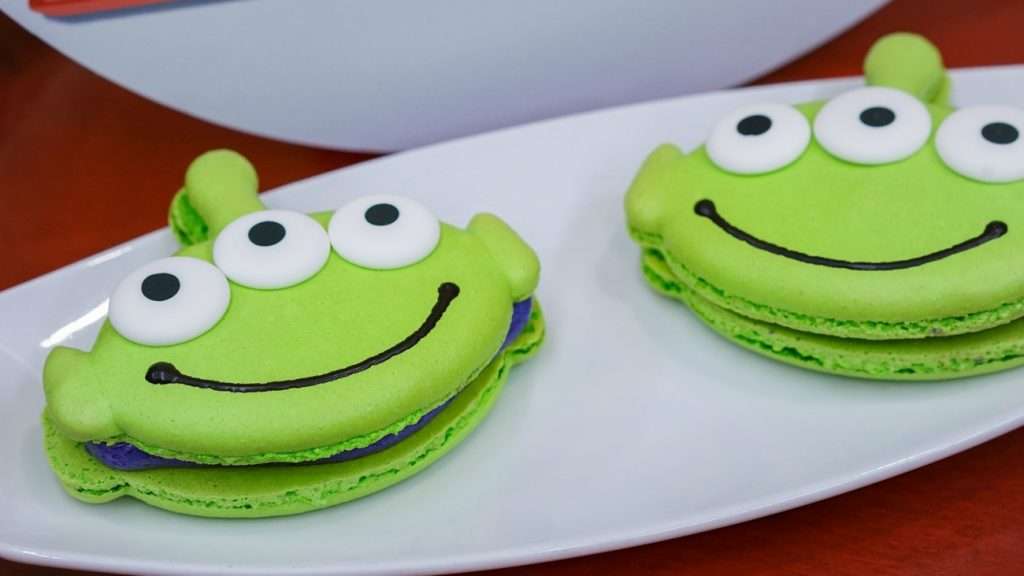 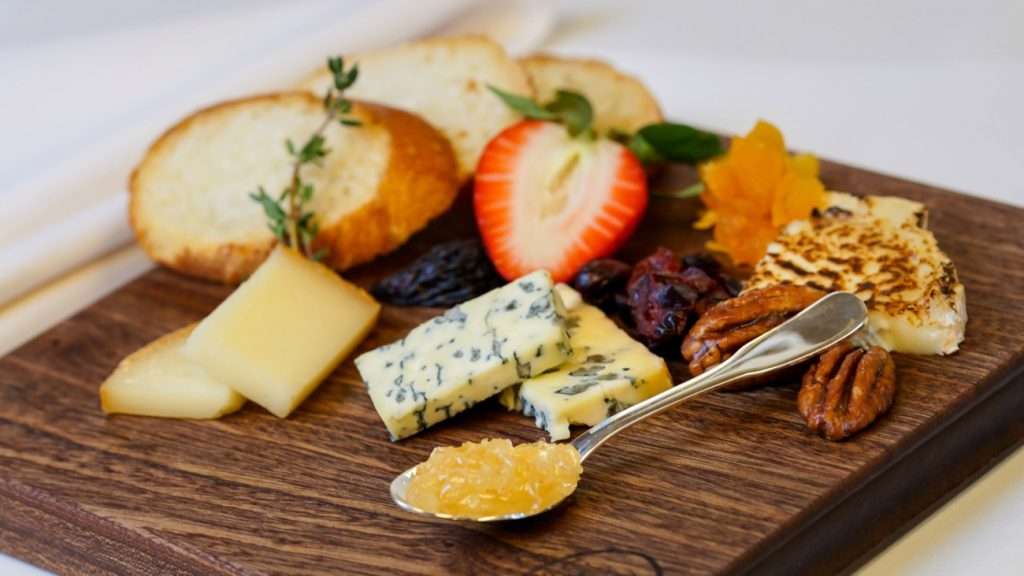 It’s followed by this Ratatouille a Confit Byaldi Shrimp dish entrée, and it ends with berry and cheese beignets served a la mode. 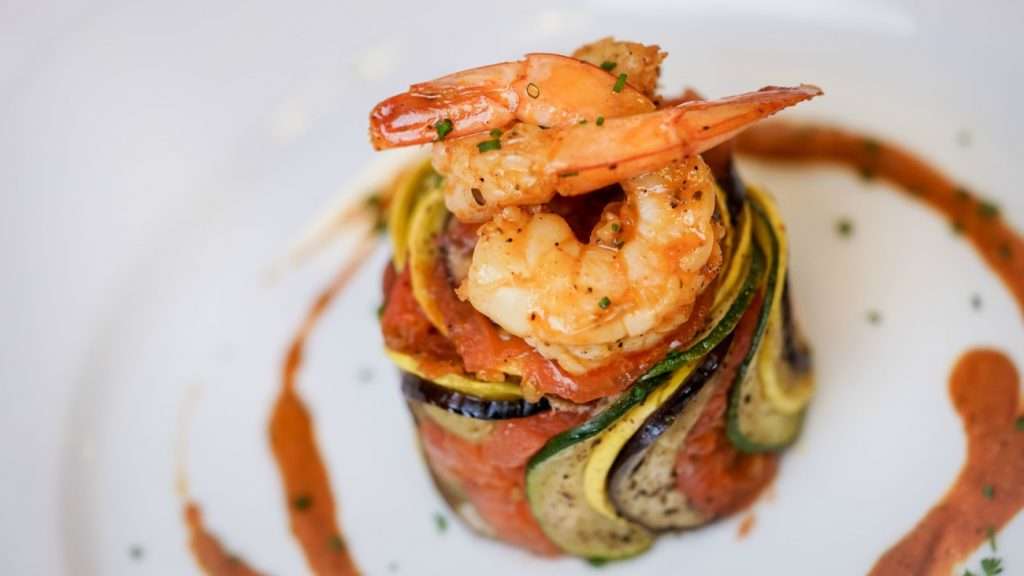 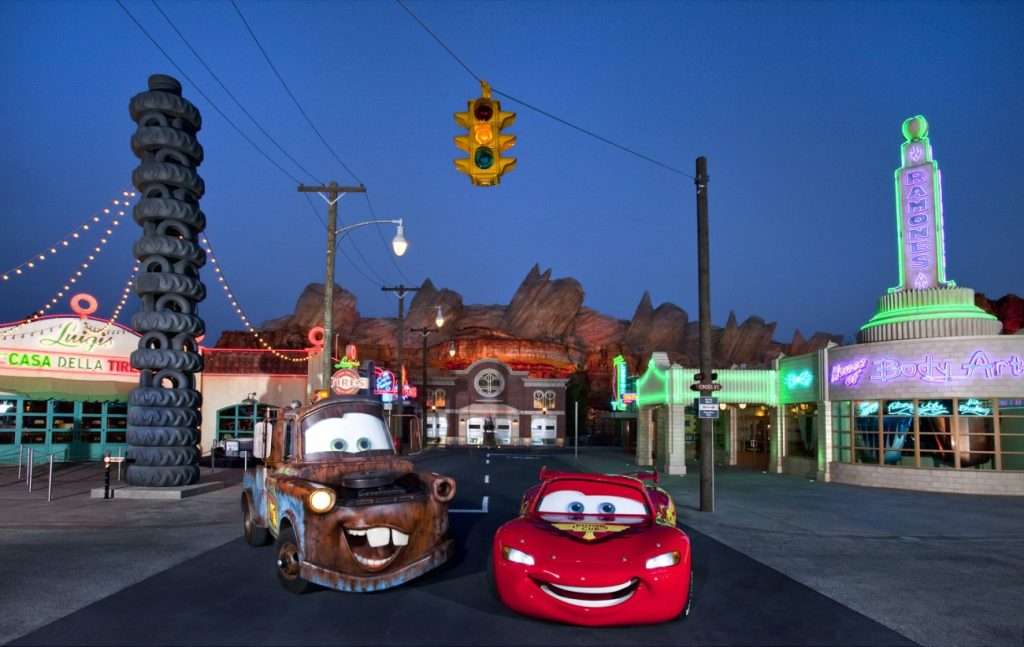 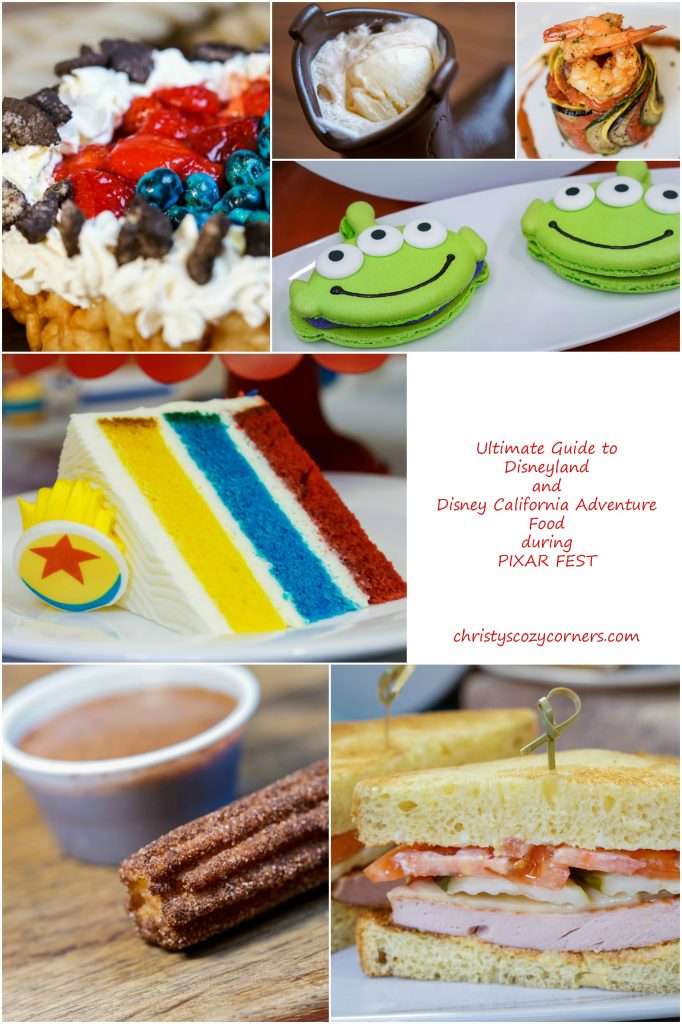 The Disney California Adventure and Disneyland food aren’t the only things to look forward to during Pixar Fest though they may be MY favorite.

You can also look forward to all this!

Together Forever – A Pixar Nighttime Spectacular 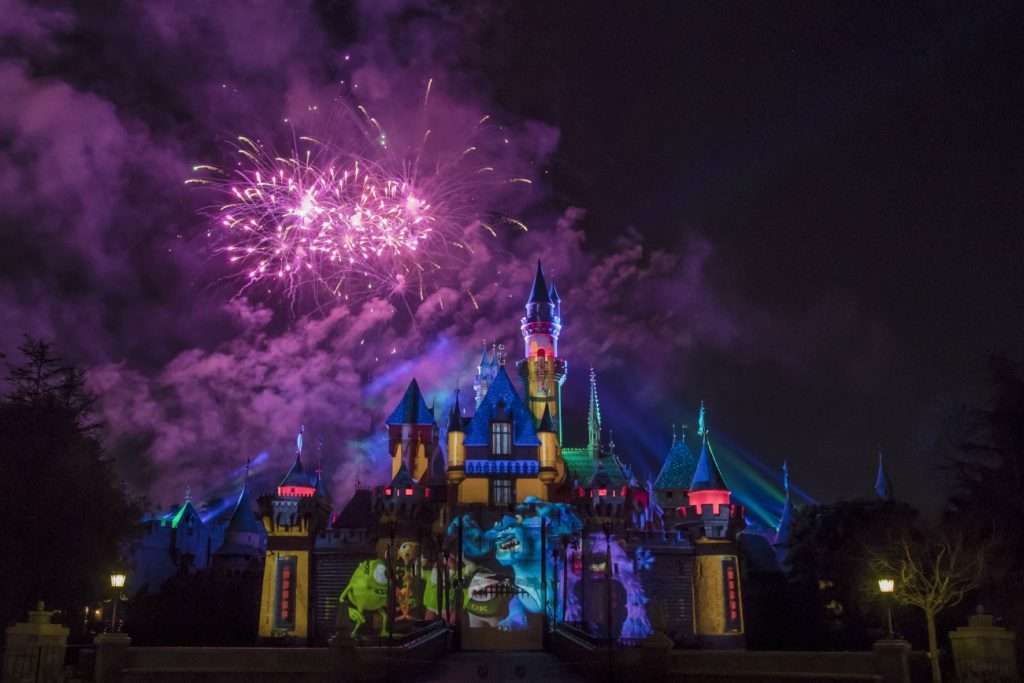 A brand new fireworks show called Together Forever will debut during Pixar Fest. Pixar movies that we know and love are projected onto Sleeping Beauty’s Castle, Main Street, and “it’s a small world” while fireworks fill the air. It’ll include characters from movies like WALL-E, TOY STORY, CARS, and THE INCREDIBLES. Look for a special COCO bridge firework. There will even be a special fly over by Buzz Lightyear! 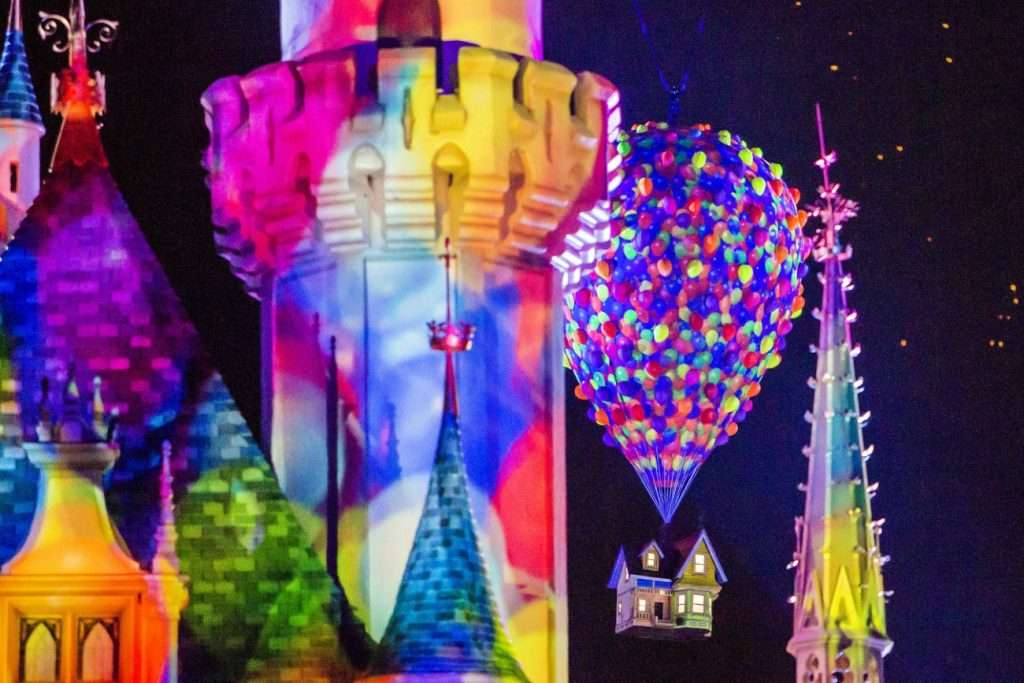 The Pixar Play Parade will be led by the Pixar Lamp and yellow Ball from the original Pixar short, “Luxo Jr.” It’ll be just like you’re watching a Pixar movie! 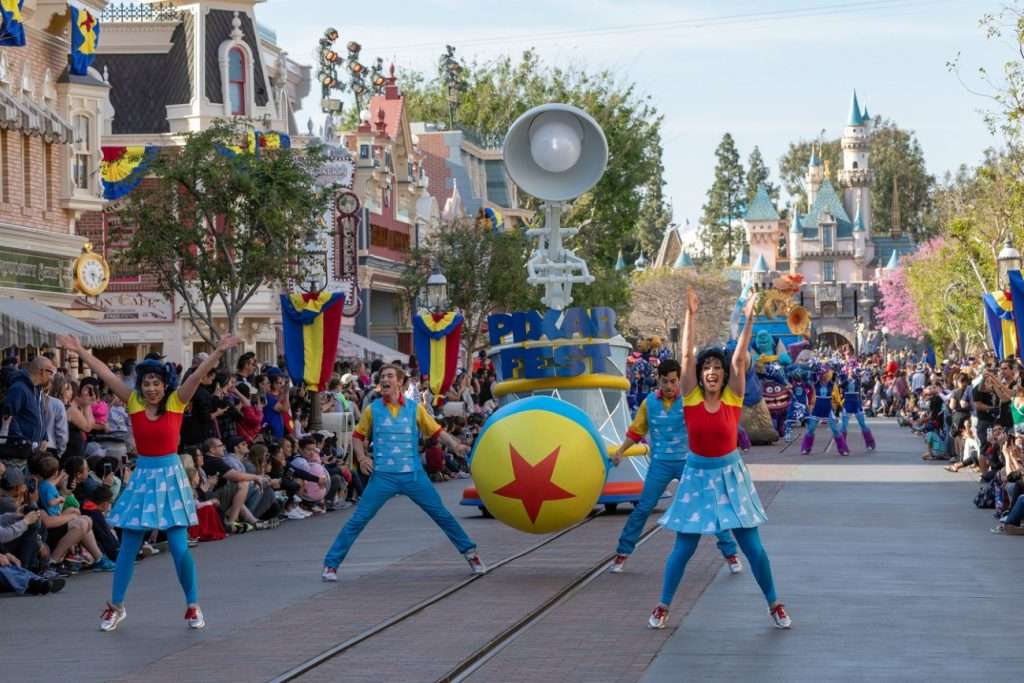 The parade includes characters from the beloved film, UP. Wilderness Explorer Russell appears astride the colorful flightless bird, Kevin. Carl Fredricksen and Dug follow behind, amid green foliage and snipe chicks, with Carl’s tethered house floating above. 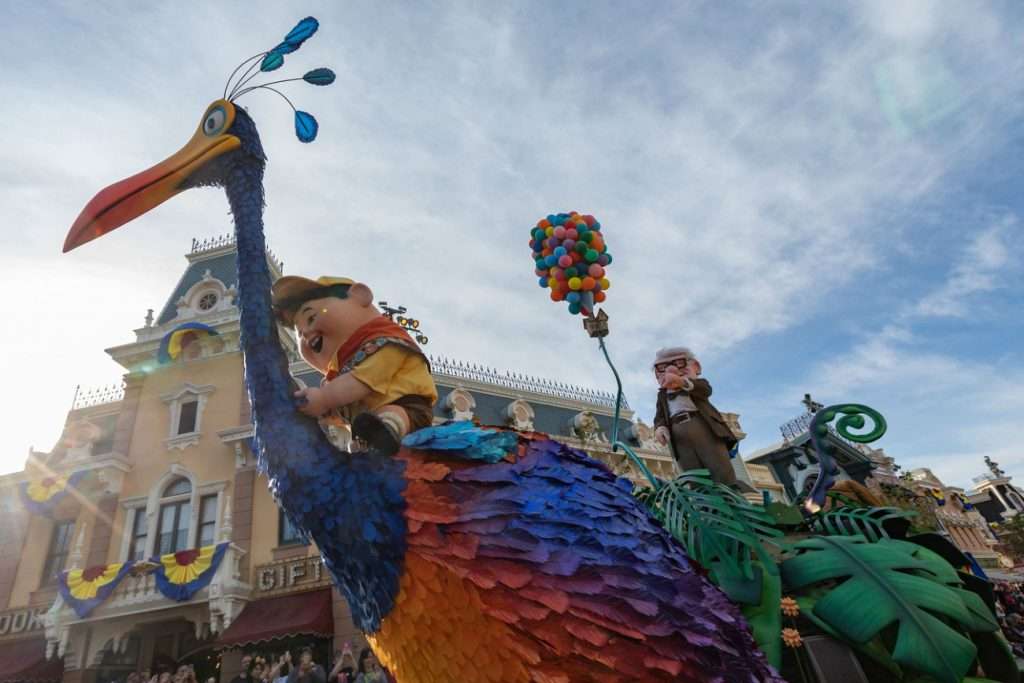 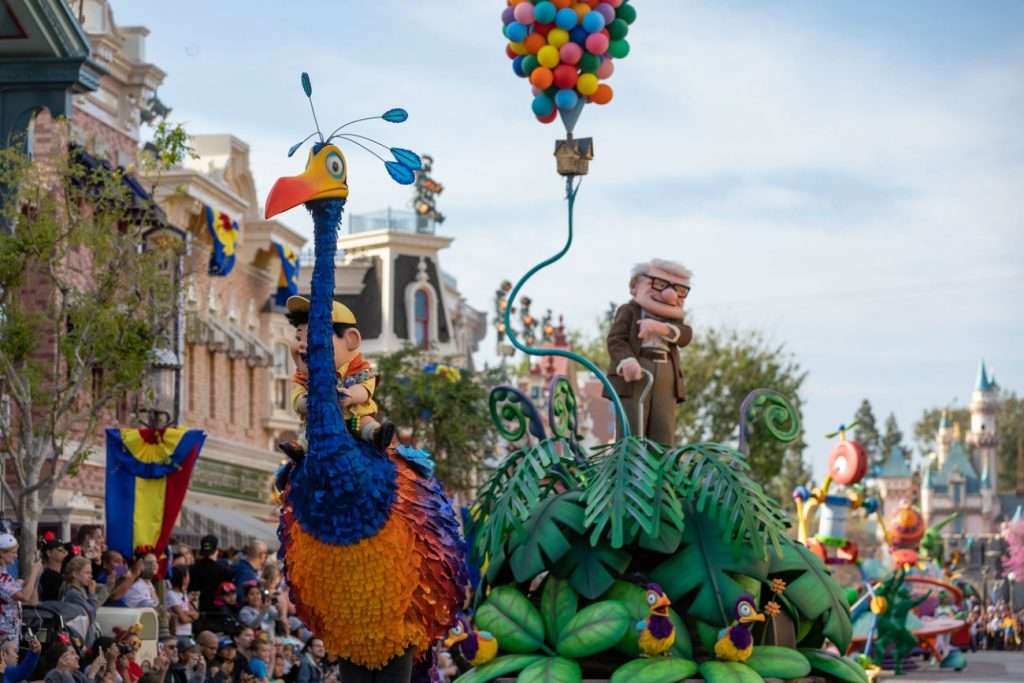 INSIDE OUT also joins this parade with Joy and Sadness perched atop colorful memory orbs as they take flight aboard Riley’s rocket wagon, with Bing Bong himself cheering them on. 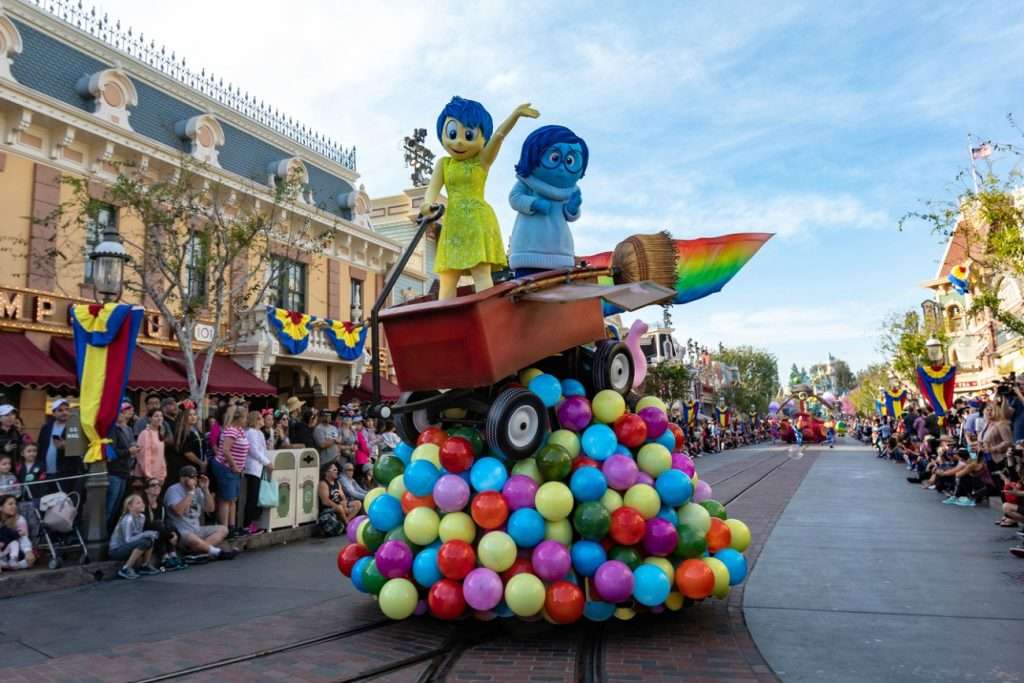 Paint the Night is heading to Disney California Adventure. It features over 1 million, brilliant LED lights! Talk about painting the night! Paint the Night features pals from TOY STORY, MONSTERS INC. and CARS. 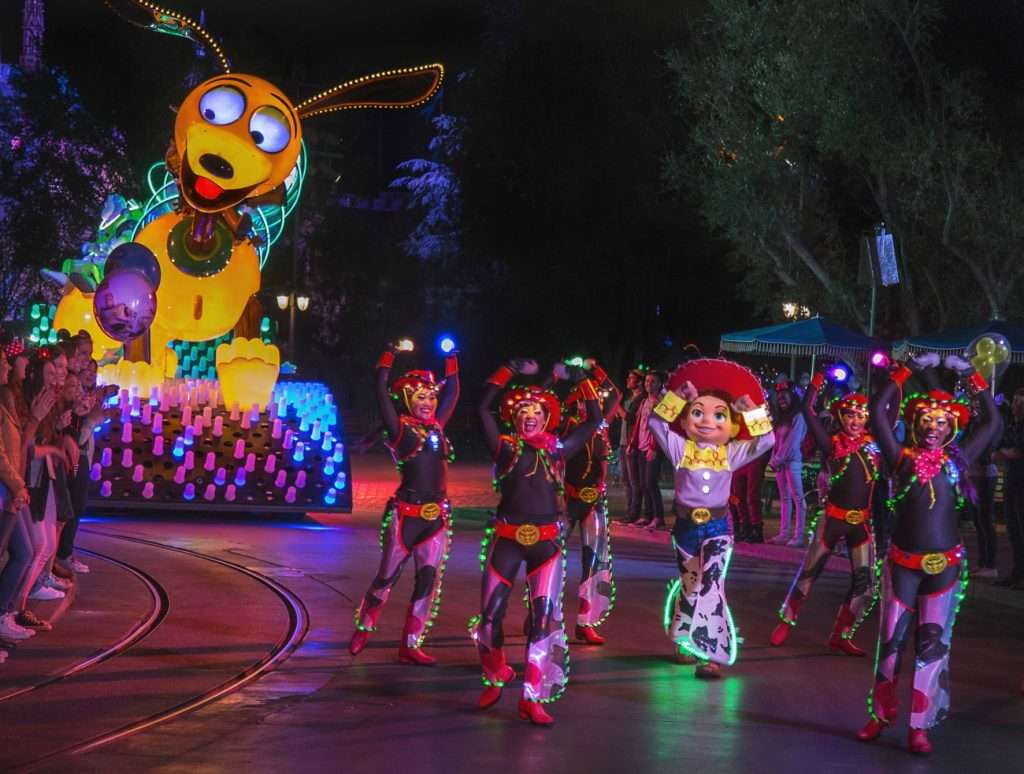 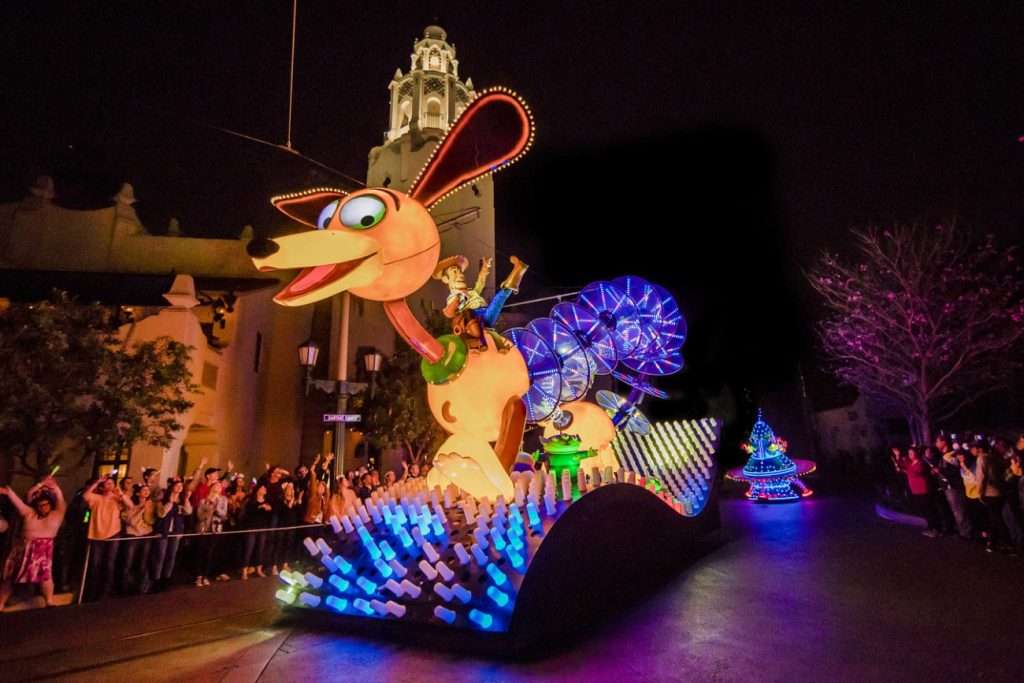 In June,  a new float inspired by THE INCREDIBLES and INCREDIBLES 2 will be joining Paint the Night. Mr. Incredible, Mrs. Incredible and Frozone will showcase their superhero awesomeness. Violet, Dash and Jack-Jack demonstrate their unique powers too. 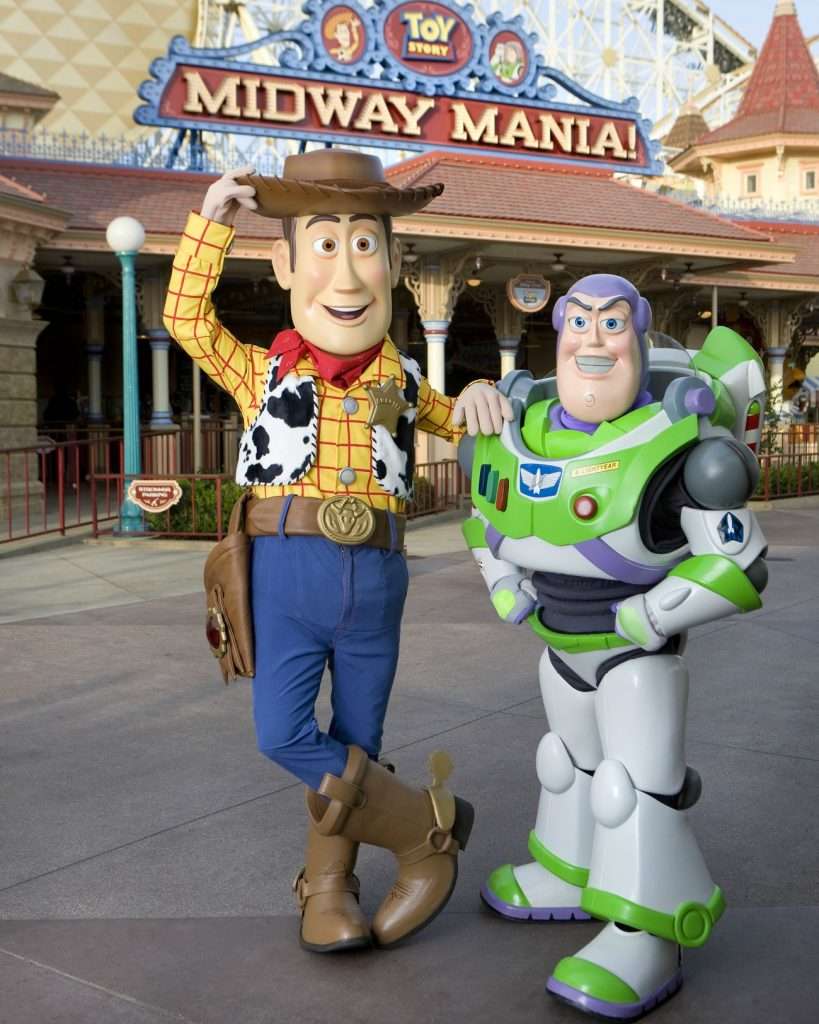 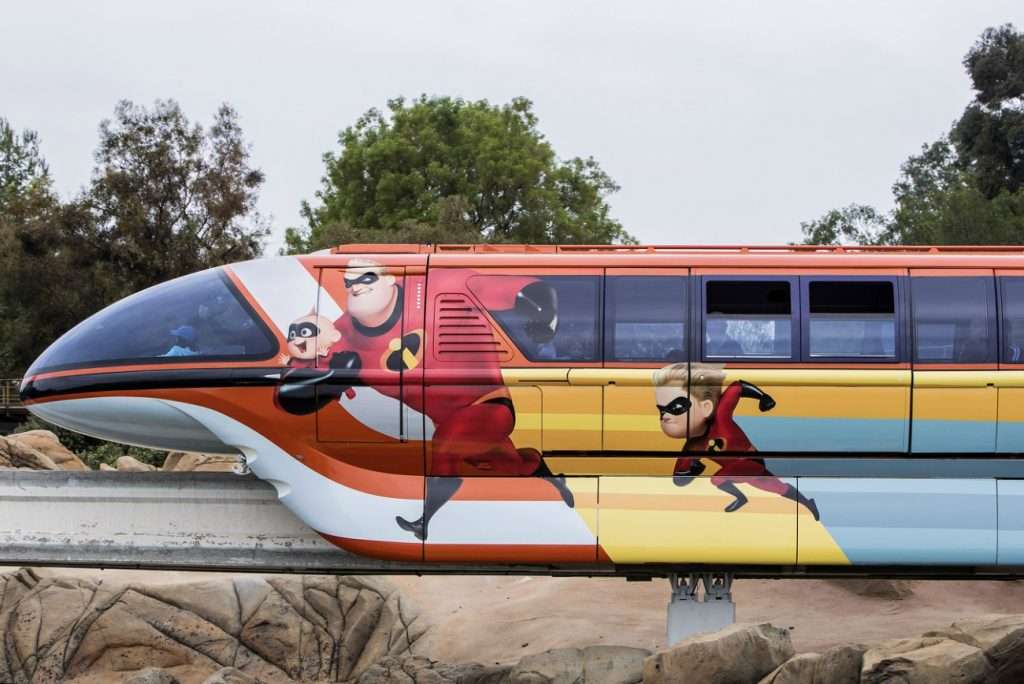 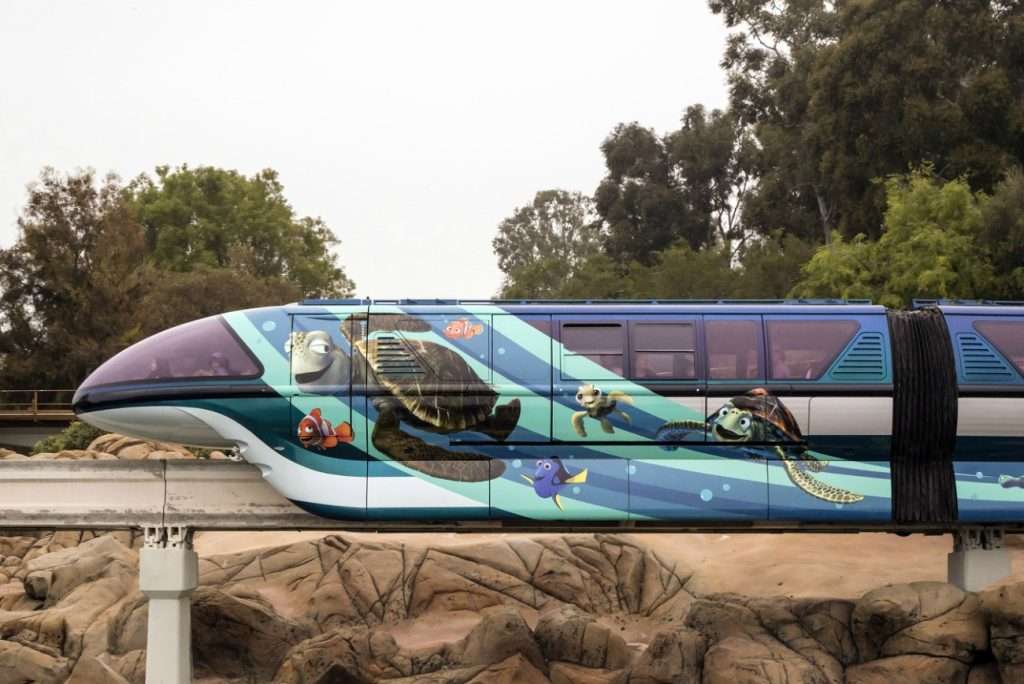 And that’s not all! 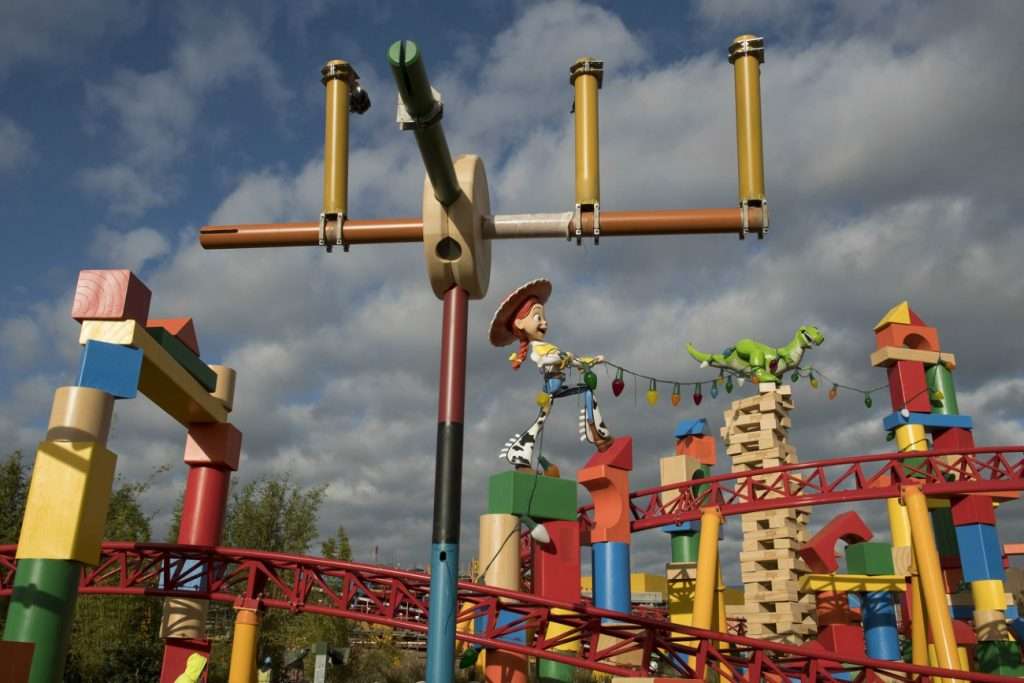 If you missed my post on Toy Story Land opening June 30 at Disney’s Hollywood Studios, be sure to read all about that too! It’s going to be a totally immersive experience where you get a toy’s eye view of everything! It’ll be like you’re in Andy’s backyard.

Pixar Pier opens on June 23, 2018, and it transforms the area that is now Paradise Pier with the thrilling, new Incredicoaster, four new imaginative neighborhoods, the new Lamplight Lounge, plus exciting entertainment, themed food and beverage, and merchandise. Guests will experience Pixar stories and characters in incredible new ways on this seaside waterfront at the Disneyland Resort. 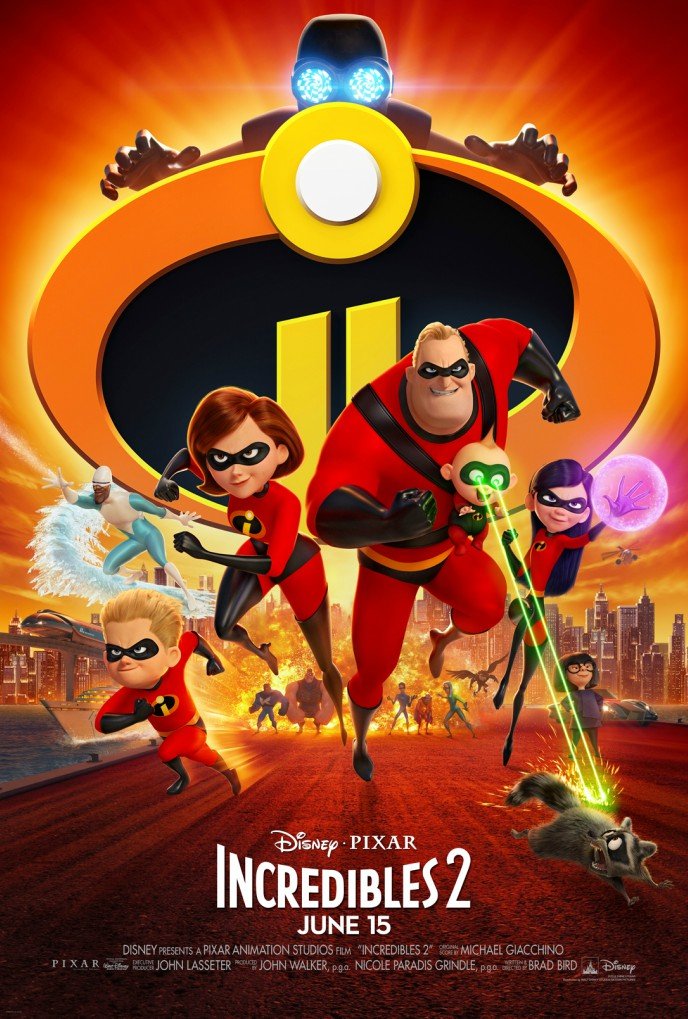 Mark your calendars for the next great Pixar movie! INCREDIBLES 2 hits theatres June 15, 2018!

In INCREDIBLES 2, Helen is called on to lead a campaign to bring Supers back, while Bob navigates the day-to-day heroics of “normal” life at home with Violet, Dash and baby Jack-Jack—whose super powers are about to be discovered. Their mission is derailed, however, when a new villain emerges with a brilliant and dangerous plot that threatens everything. But the Parrs don’t shy away from a challenge, especially with by their side. That’s what makes this family so Incredible.

Thanks for sharing!
« An Ex-Navy Seal Stars in The Broken Warrior by Taylor Hart
Affordable Clothing for Formal Events »