You are here: Home / Entertainment / Make Your Own Hay Bales for a Toy Story 2 Party #PixarFest
Thanks for sharing!

What’s the first thing you think when I say TOY STORY 2? If you’re like me, you’ll start singing Woody’s Roundup…because I’m always singing! Then that will make you remember Jessie, Bullseye, and The Prospector. And who could forget Tour Guide Barbie and the aisle of Buzz Lightyear toys at Al’s Toy Barn? It’s a classic! Obviously it worked great as a sequel, and now we’re looking forward to TOY STORY 4 in 2019! 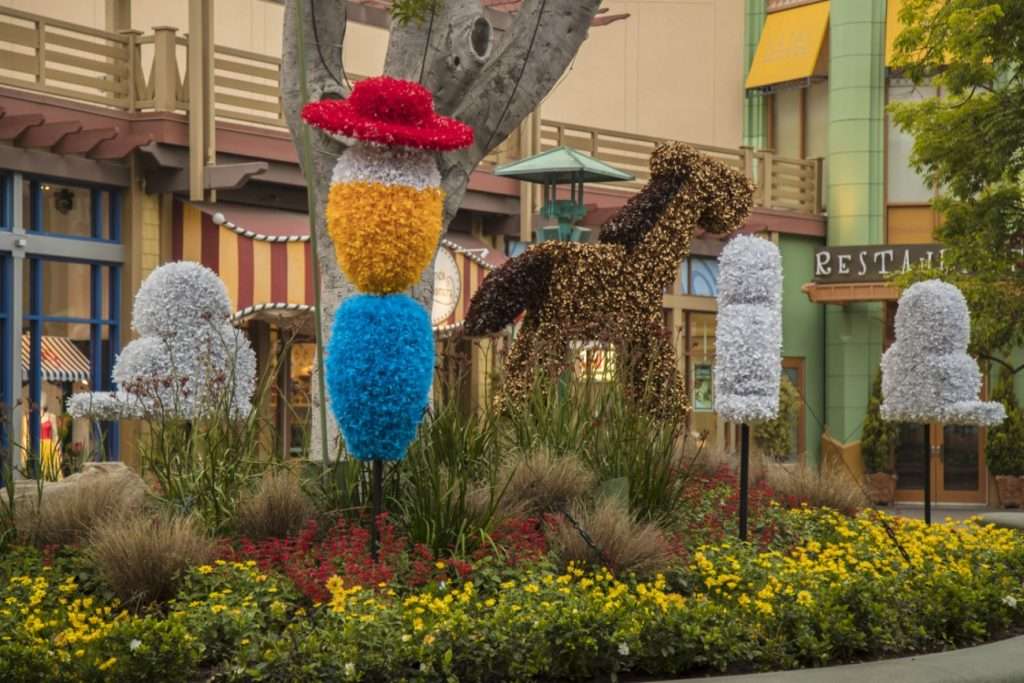 This week, we’re celebrating Pixar Fest by watching TOY STORY 2 and eating hay bales! You know that I actually went to the Pixar Studios right? It was amazing! One of the things we got to see was the original maquette of Woody’s head. Apparently the second group got to see Sid’s head because I have a photo of that in my post about the trip. 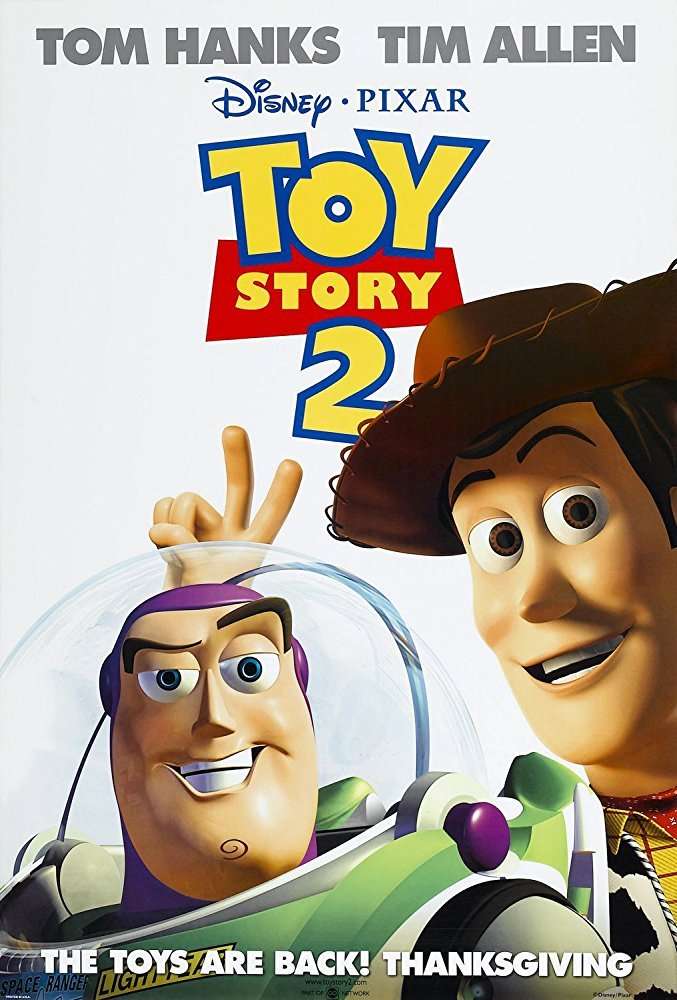 Pixar movies are so much fun. You can watch them over and over with your children and never get tired of them! My kids are 23 and 20, and we still love Pixar movies. TOY STORY 2 is no exception. The story is so sad because Woody thinks Andy doesn’t want him anymore when he’s accidentally put in the yard sale box! Of course, it’s all a big misunderstanding, but without the yard sale fiasco, we’d never have met the characters from Woody’s Roundup. 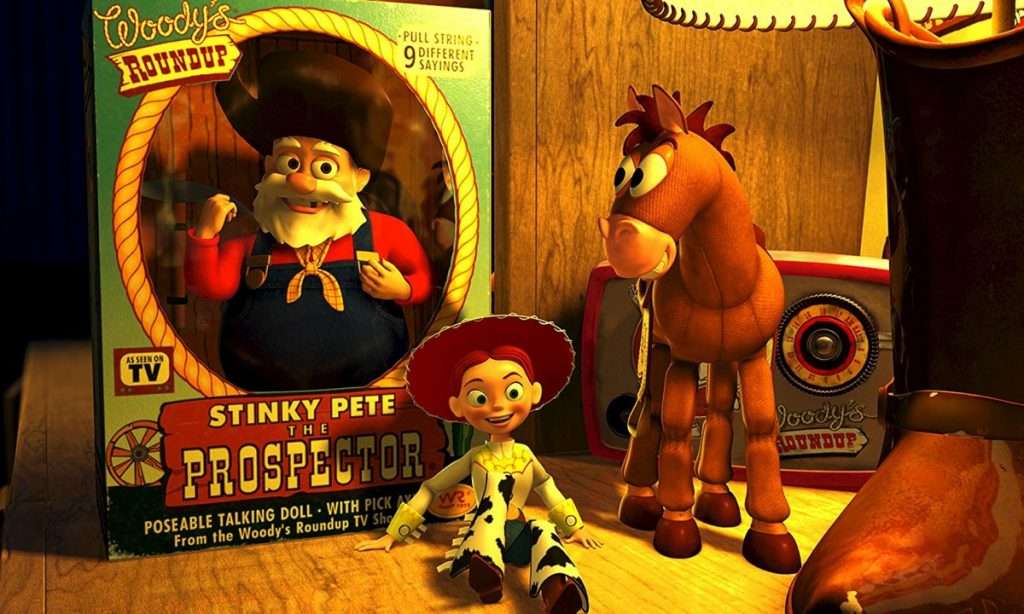 If you haven’t watched TOY STORY 2 lately, you’ve got to go back and watch it again.

While you watch, you’re going to want some snacks right? I’ve got the easiest snack this side of the Mississippi! All it requires is Rice Krispy Treats (which you can buy or make) and Twizzlers Pull n Peel. 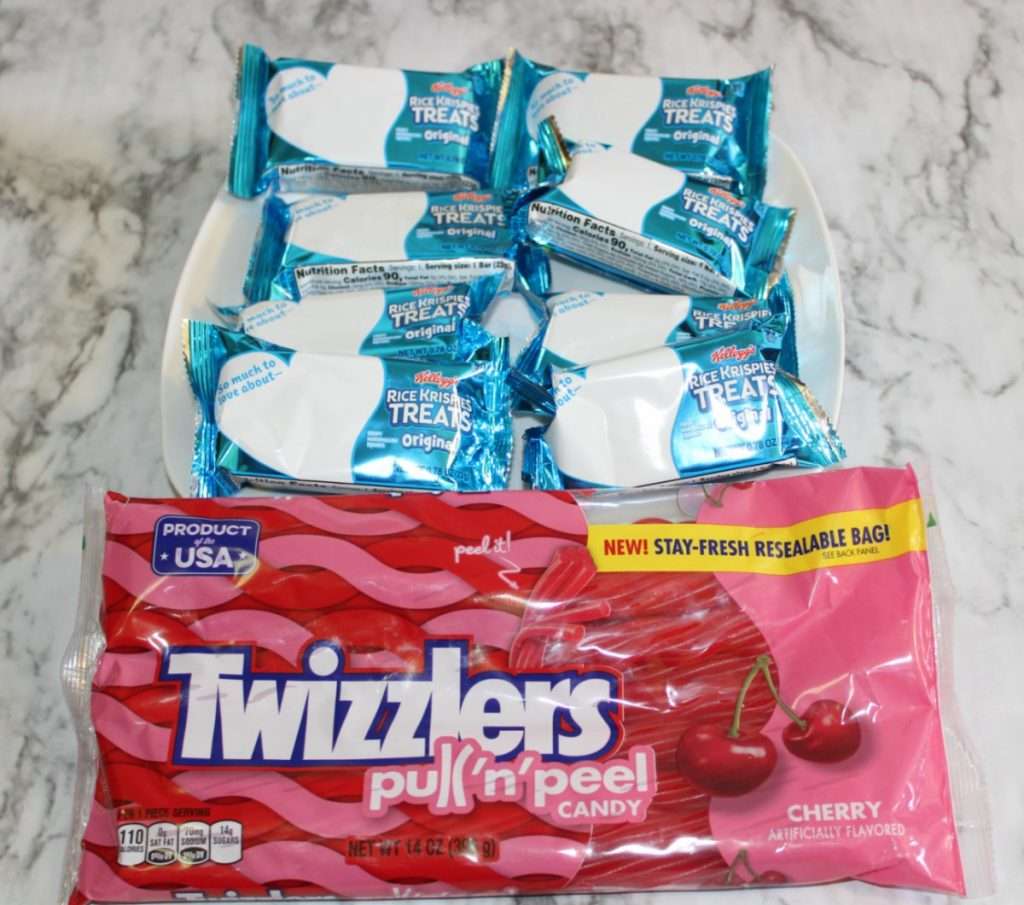 This would be fun for a birthday party or a snack for a preschool class during a farm unit. You can let the kids make their own hay bales from a treat and a Twizzlers Pull n Peel. That way they can make it however they want. They could even use the leftover Pull n Peel strips to make lassoes. 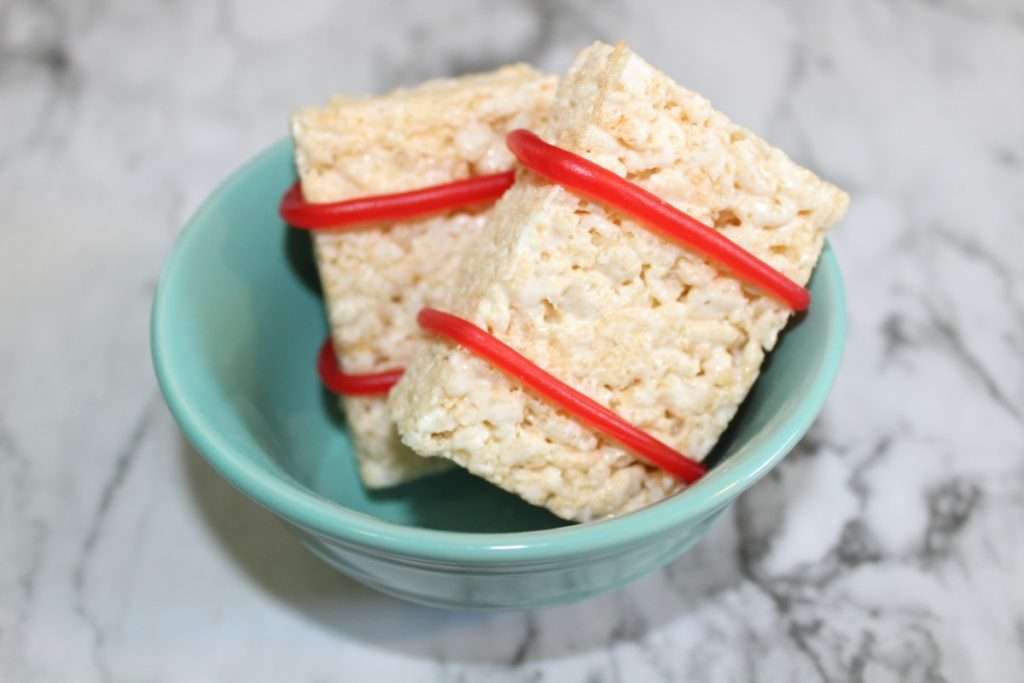 You can get another snack to make while enjoying the movie from Life, Family, Joy. She’s got Alien Popcorn for you to enjoy. Over on They Call Me T, you can find a couple great Disney Bounding Mrs. Potato Head outfit ideas! Wear one to Pixar Fest! 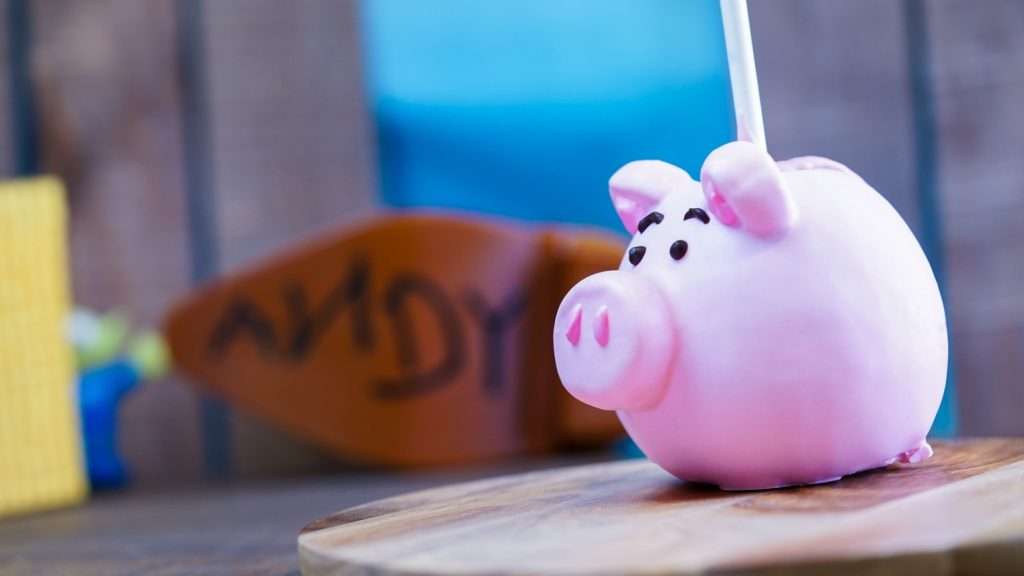 Pixar Fest is going on from now until September 3 at Disneyland and Disney California Adventure. I have seen pictures of the food, and it looks so good! I’ve got a post with the food and fun going on at Pixar Fest, but I’ve got to share this Hamm Apple! You can buy one at Candy Palace in Disneyland.

Thanks for sharing!
« Strawberry Fluff Pie and 15 More Picnic Dessert Recipes
The Official Trailer for Ant-Man and the Wasp is Here #AntManandtheWasp »