You are here: Home / Entertainment / Baby Jack-Jack Has Powers #Incredibles2Event
Thanks for sharing!

You. Have. Powers! Do you remember seeing that first teaser trailer when Bob discovers that baby Jack-Jack has powers? And do you remember the Incredibles babysitter? Yeah, she knew about Jack-Jack’s powers way before anyone in the Parr family did! In fact, Jack-Jack might just be the most powerful Parr yet.

Jack-Jack DOES have powers, and they are many! During my trip to Pixar Animation Studios for the Incredibles 2 Event, I found out about many of Jack-Jack’s powers and how they were created. But first, let’s talk a little about Jack-Jack in general. 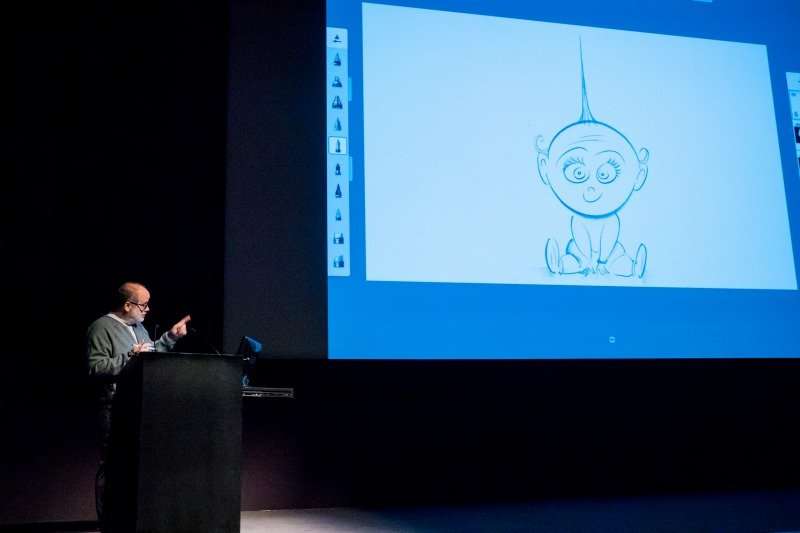 The photo above is Tony Fucile showing us one of the first drawings of Jack-Jack! I think that little swoop of hair, along with his voice, is one of the things that makes Jack-Jack so adorable.

Effects Artist Jason Johnston’s task was to work on Jack-Jack’s fire power. During THE INCREDIBLES we got to see a little bit of that power, much to babysitter Kari’s astonishment! Johnston went back and looked at that fire effect before starting on perfecting this power Jack-Jack has. 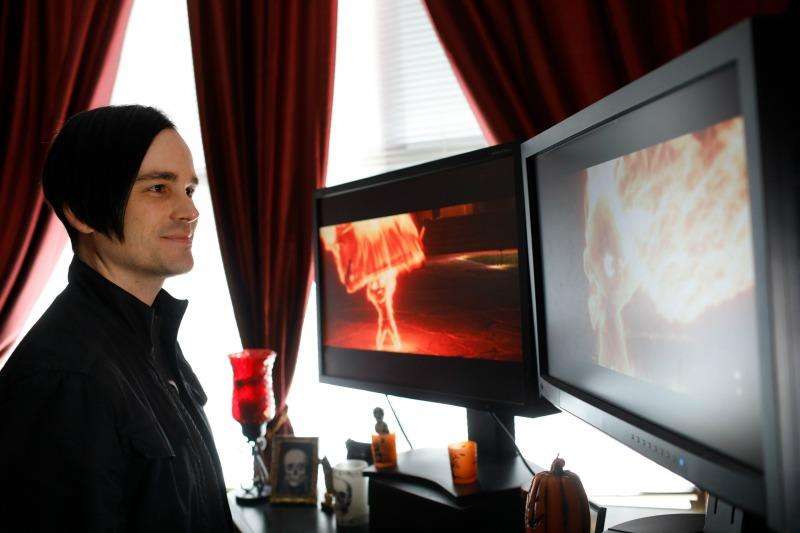 This fire power is one of Jack-Jack’s powers. He’s not ON fire, he’s just got this power to make fire! Pretty awesome, I know. Johnston and the other effects artists working on Jack-Jack’s fire did a lot of tests in animating this power. Putting the best parts of all of these tests together gave Jack-Jack the look he has in INCREDIBLES 2.

If you have a science loving child in your house, looking at different ways fire burns and works would be a great way to use INCREDIBLES 2 in some summer learning! Find some videos about fire and talk about how Jack-Jack’s power works. You could discuss the fact that there’s never smoke when Jack-Jack is using this fire power. That’s because he’s not on fire. When something is on fire, you’d see smoke, right? You could talk about the different colors fire is when it’s burning at different temperatures. Fun learning is the best learning! You never know where these interests will lead your child. It might lead them to Pixar Animation Studios!

Jack-Jack can travel to another dimension

Say what? Yes, Jack-Jack has powers! If you haven’t seen INCREDIBLES 2 yet, you can still see this power in the “Cookie” clip.

If you HAVE seen INCREDIBLES 2, you know that Jack-Jack uses a lot of his powers against that bad old racoon! I got to screen this scene during my trip to Pixar, and it is so funny! 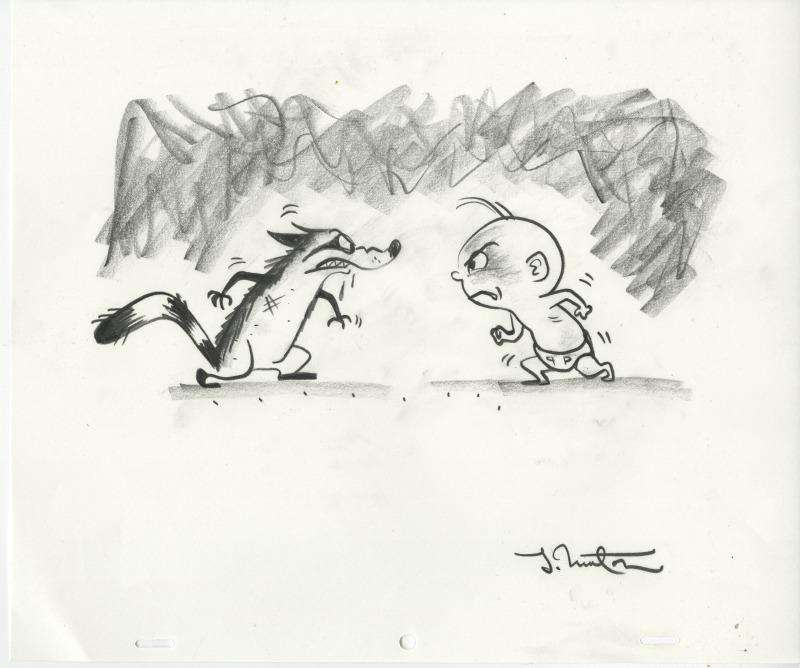 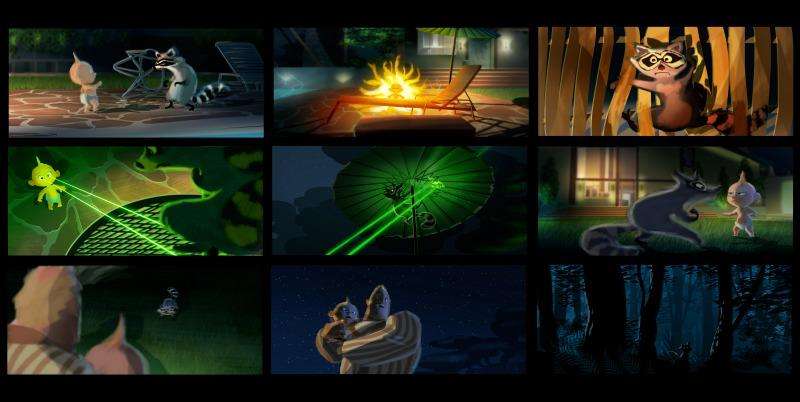 In addition to fire and transporting into other dimensions, Jack-Jack more powers!

No, he can’t do multiplication…he can make himself into lots of Jack-Jacks!

In all, Jack-Jack has 17 powers! I don’t want to give them all away to you, but I LOVE when Bob goes to see Edna and a couple more of Jack-Jack’s powers manifest!

Of all Jack-Jack’s powers, my favorite is just the fact that he is so adorable! Who is with me? Go see INCREDIBLES 2 and watch Jack-Jack steal the show! 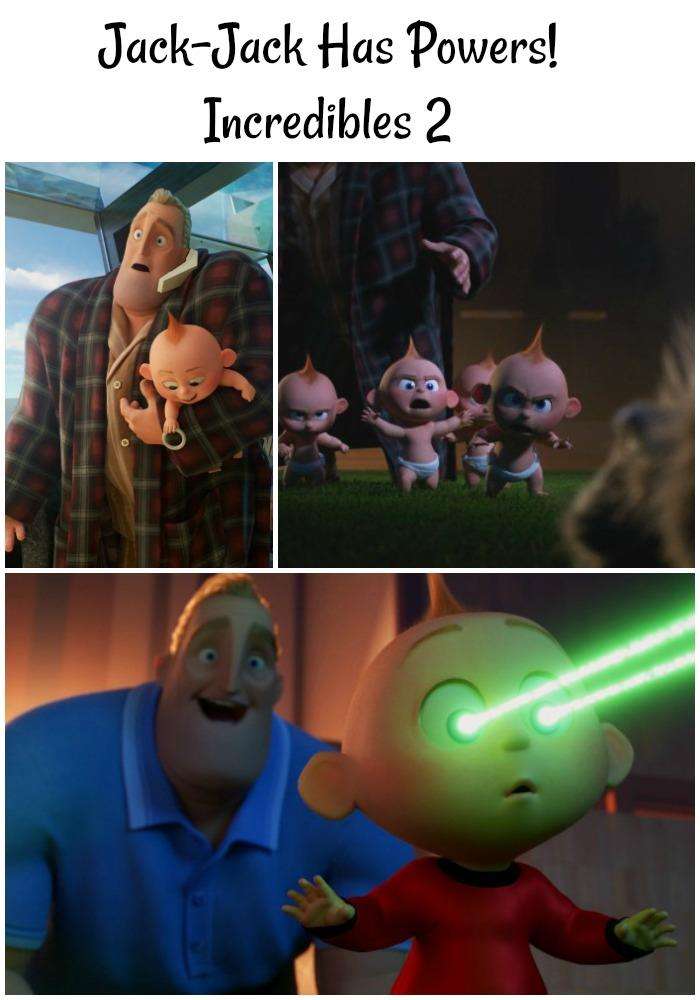