You are here: Home / Entertainment / The House With a Clock In Its Walls | Watch the Magical Trailer #HouseWithAClock
Thanks for sharing! 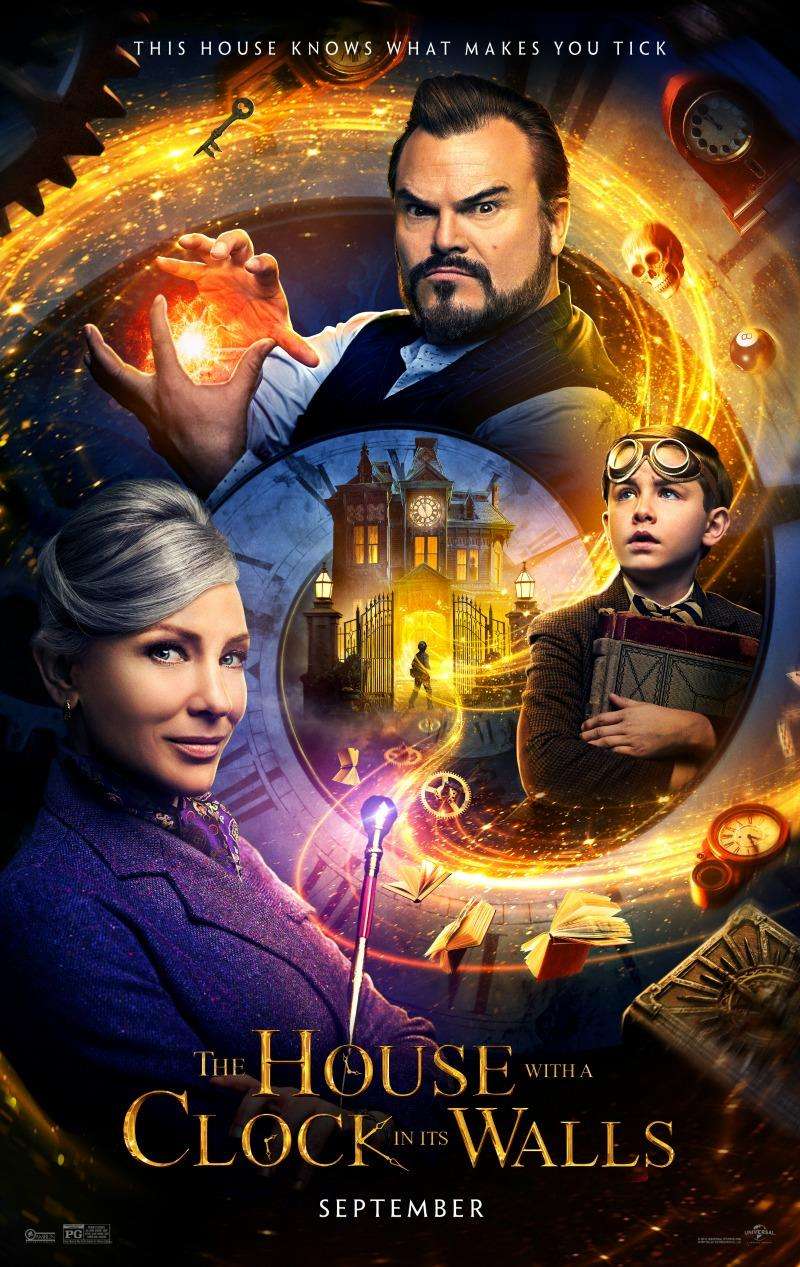 I love this poster! The colors, the books, the house…it’s all so magical! I have high hopes for THE HOUSE WITH A CLOCK IN ITS WALLS, and I don’t think I’ll be disappointed.

The House With a Clock In Its Walls

In the tradition of Amblin classics where fantastical events occur in the most unexpected places, Jack Black and two-time Academy Award® winner Cate Blanchett star in The House with a Clock in Its Walls, from Amblin Entertainment. The magical adventure tells the spine-tingling tale of 10-year-old Lewis (Owen Vaccaro) who goes to live with his uncle in a creaky old house with a mysterious tick-tocking heart. But his new town’s sleepy façade jolts to life with a secret world of warlocks and witches when Lewis accidentally awakens the dead.

Based on the beloved children’s classic written by John Bellairs and illustrated by Edward Gorey, The House with a Clock in Its Walls is directed by master frightener Eli Roth and written by Eric Kripke (creator of TV’s Supernatural!!!!! That is me adding all those exclamation points!!! I love Supernatural.).

BASED ON THE NOVEL BY John Bellairs

Follow The House With a Clock In Its Walls on Social