You are here: Home / Entertainment / A Few of My Favorite Scenes from Christopher Robin
Thanks for sharing!

A few of my favorite scenes from Christopher Robin

I walked into Tinseltown’s theatre 15 with high expectations. I’d watched all the trailers and read several posts from bloggers who attended the CHRISTOPHER ROBIN event or attended a preview. Some cried; others didn’t. I had tissues because even the trailers made me cry. I was crying within the first five minutes. But….when I’m feeling sad, I simply remember my favorite scenes (from CHRISTOPHER ROBIN), and then I don’t feel so bad!

The scene that made me cry the most is the tea party in which Eeyore reads his poem. Christopher Robin is leaving the Hundred Acre Woods. He’s growing up and going to boarding (boring) school. Eeyore reads the goodbye poem that he wrote. Side note…from what I can remember, I think it is the actual poem from The House at Pooh Corner by AA Milne.

Pooh and Christopher Robin head off to their special place for one last chat. The scenery here totally makes me want to move to Sussex! It is beautiful. I am a city girl, but that scene is so peaceful, it almost makes me want to run through the heather on the moors….almost.

Seeing Christopher Robin and Pooh sitting on the log and hearing their conversation definitely makes a parent’s heart break just a little. Kids grow up way too quickly and leave child hood things behind. It’s the way of things, but it sure is hard on us!

The beginning of the official trailer actually has a bit of this scene, and you can see it here.

The park: Finding Pooh on the bench 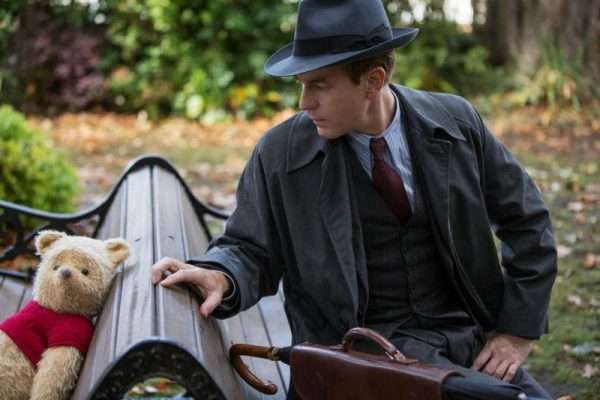 Just as we all do, Christopher Robin grew up, and now he has adult responsibilities. That pressure he’s under is so familiar to us parents. You can tell that he feels that he’s doing what he HAS to do in order to support his family. Time is precious, but we have responsibilities.

Christopher is worrying over what to do to save the luggage company money without having to let anyone go. He’s already sent his family on their trip, so he’s alone and worried at the same time. He escapes to the park and begins talking to himself. “What to do? What to do?”

Pooh chimes in…”What to do indeed.” I love this scene! Christopher thinks he’s totally lost it, and then when he realizes that Pooh is actually there…well, that leads to the magical adventure that is CHRISTOPHER ROBIN. And it leads Christopher back to the Hundred Acre Wood. 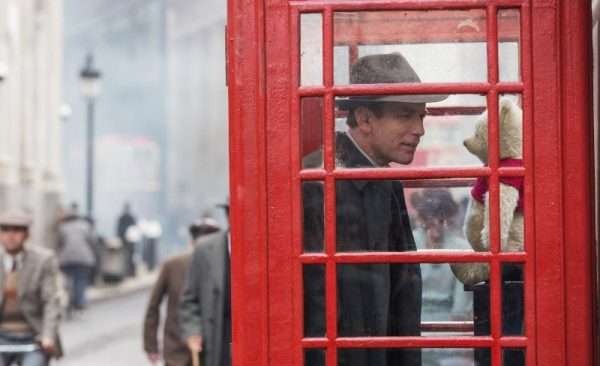 If you’ve not yet watched this clip or seen the movie, watch this first.

Christopher knows he’s got to get Pooh back to the Hundred Acre Wood, so he’s got to travel through downtown….sort of difficult with a talking bear! During their rush to the train station, they’ve got to duck into a phone booth for Christopher to explain how Pooh needs to act in public.

I love this scene, not only because it’s cute, but because it’s filled with tidbits of wisdom. You need to see the scene in the movie because there is a lot more to it than the clip shows. Plus it’s just adorable! There was so much laughter in the theater during CHRISTOPHER ROBIN. It’s a movie that will make your heart feel good. 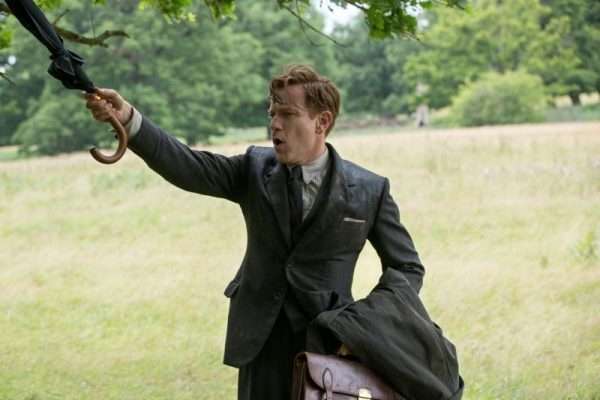 If you know anything about the Hundred Acre Wood, you know about the Heffalumps and Woozles! Well, since Christopher Robin has to help Pooh find his friends, he’s got to go back to the Hundred Acre Wood…as a grown-up. He’s grumpy and rushed, and when he finally does find the friends, they think he’s a Heffalump! In order to prove he’s not, he’s got to “fight” one! This play fight does Christopher Robin a world of good, and it’s one of my favorite scenes from CHRISTOPHER ROBIN! The change in Christopher’s attitude is remarkable! We could all use some more playtime.

Speaking of playtime, don’t forget to grab these free coloring pages from the movie! Coloring is great play, and it’s not just for kids.

The kitchen: Do nothing 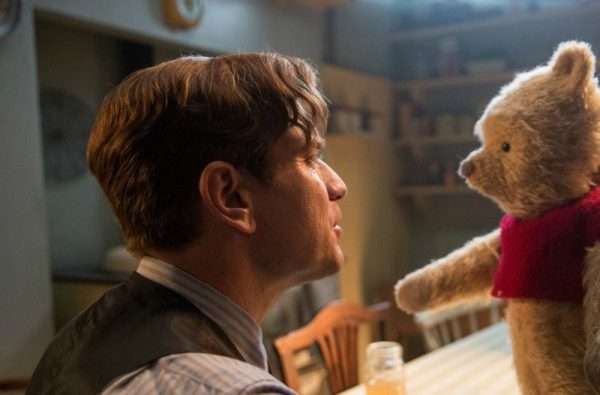 When I was in college, one of my many majors I considered was broadcasting. I wanted to be a producer and get up at the Academy Awards and take my Oscar and thank the academy. I got frustrated over the tape-splicing we had to do….yes, I’m ancient….and changed my major yet again. If I had pursued that path, something I know I would want to be doing in the movies is set decorating. CHRISTOPHER ROBIN had me looking longingly at the set backgrounds and all the little things that made it feel homey. The kitchen really stood out to me for a lot of reasons. I love the eclectic look it has. The cans and plates and jars and glasses…everything was perfect.

What else was perfect was probably one of my favorite scenes from CHRISTOPHER ROBIN and one of the most memorable lines from Winnie the Pooh happens in the kitchen. “People say nothing is impossible. But I do nothing every day.”

The wisdom: Pooh is a very wise bear indeed

This Wisdom of Pooh featurette really sums up the lessons we can learn from this silly old bear. My favorite scenes from CHRISTOPHER ROBIN center around this wisdom.

The credits: At the beach 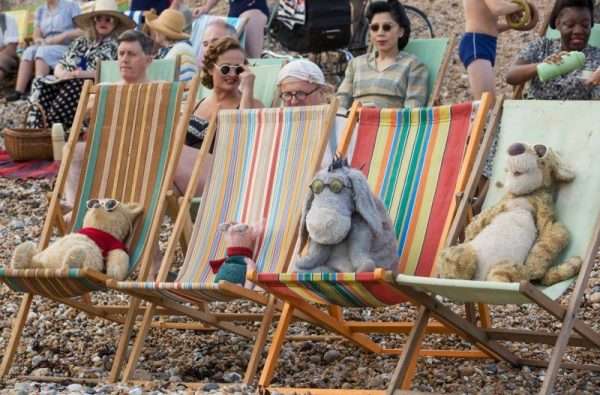 Make sure you stay through the credits! You’ll get to see a heartwarming scene at the beach. If you’ve seen it, I’d love to hear your thoughts. You might need to do a bit of research if you’re not immediately sure who that piano player is. I loved it just as I loved the entire movie! Take your family to see CHRISTOPHER ROBIN and enjoy!

Yummies to make for when your tummy is rumbling

Did you miss my CHRISTOPHER ROBIN recipes? You can find them below: 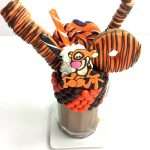 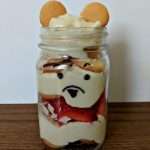 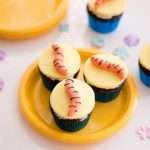 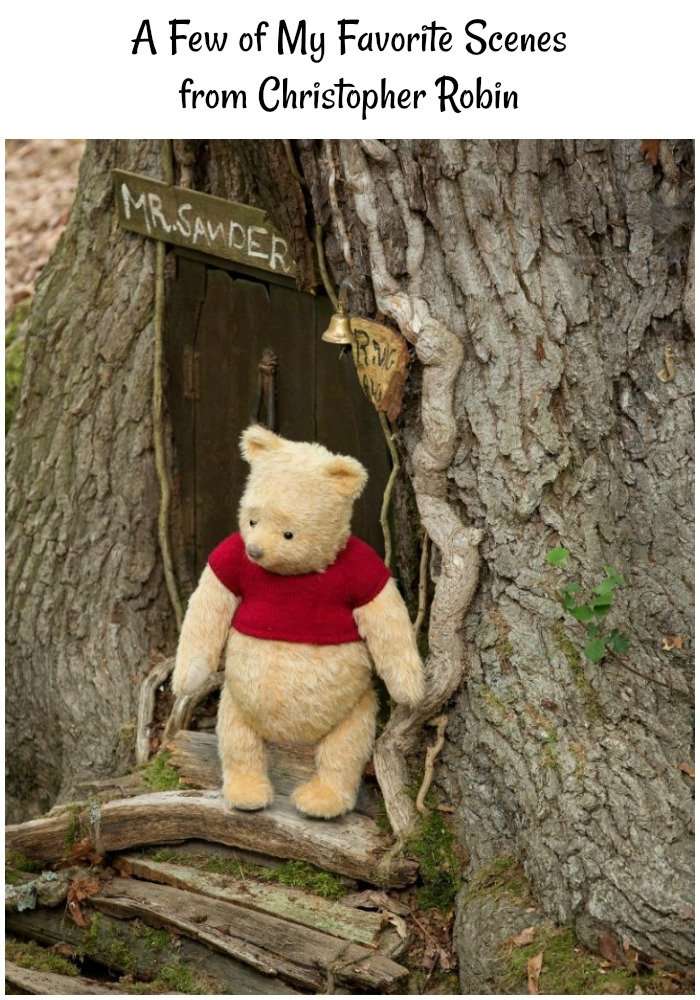 Thanks for sharing!
« Her Lost and Found Baby Romance Novel by Tara Taylor Quinn
Avengers Infinity War Blu-Ray and Digital with Bonus Features »