Sadly, yes. SEASON FOR LOVE is the final movie in Hallmark Channel’s Summer Nights movie series. This means summer is coming to an end. But you know what that means? We’re closer to Fall Harvest and Countdown to Christmas! These past five weeks have passed too quickly! It seems like LOVE ON SAFARI just premiered, and here we are at the end! Enjoy this week’s movie!

It’s been years since Tyler and Corey saw each other, and now they’re both back home competing in Red Rock’s annual BBQ cook-off. It could be the heat of competition, but sparks have really been flying between these two. While no one is sure who’ll win the cook-off, it might just be all of Red Rock. 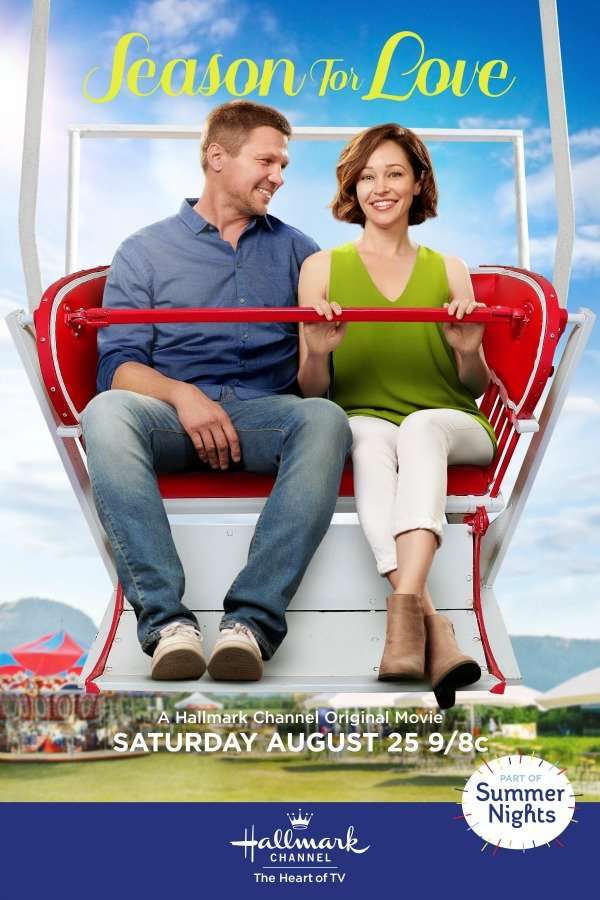 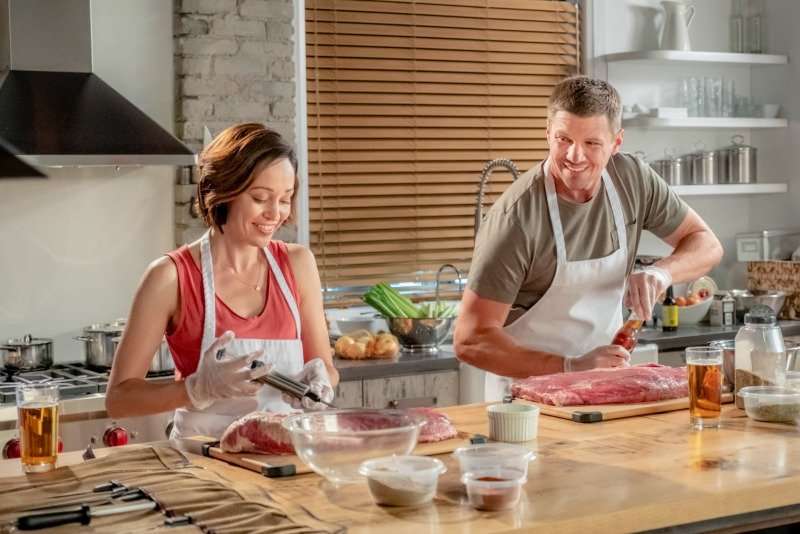 It’s been years since high school sweethearts Tyler and Corey saw each other and now, unbeknownst to them, they’re both back in Red Rock, Texas, for the Annual BBQ Festival. Coming from San Francisco with her daughter Rosie, Tyler is glad to help her mom Jo at the family restaurant while deciding her next move after her ex-husband Eddie closed the restaurant where she was a sous chef.

Corey, on the other hand, has more than enough on his plate with three bestselling cookbooks, his own product line and three restaurants. Flying in from New York, he promised his pal Jay, in charge of the festival, he would be the celebrity chef at the cook off, even if it rattles his manager Sofia. She keeps a tight leash on him and now she must reschedule a network meeting to discuss Corey getting his own TV cooking show! 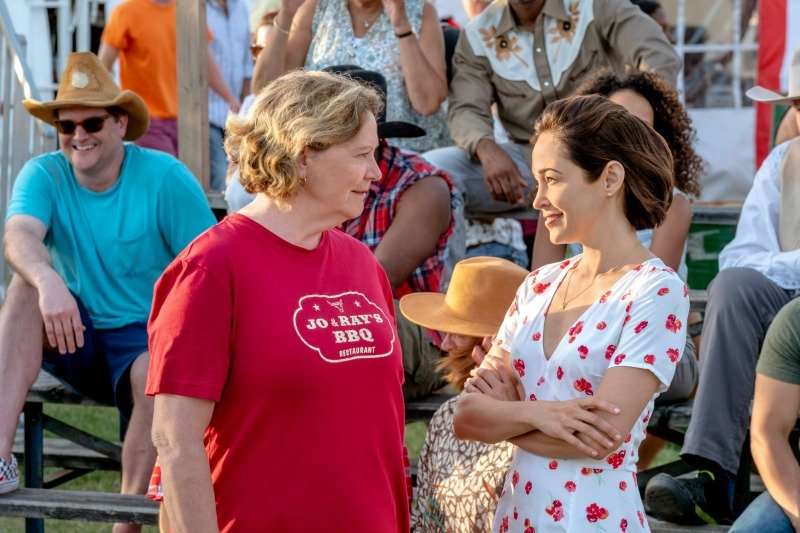 Deciding to enter the BBQ contest with a $25,000 prize, Tyler is surprised when she sees Corey at the sign-up desk. She learns he’s in town to promote the festival and compete in the final cook off. The two easily fall into a familiar and flirtatious banter. They reminisce about old times and joke about how as competitors they shouldn’t be seen together.

Corey’s charming smile begins to work its magic on Tyler. She tries to keep a playful distance, but she starts to give in, especially when Rosie invites Corey to have ice cream with them. Seeing how good he is with Rosie, Tyler can’t help but notice old feelings begin to stir. Corey too is feeling something, and not just for Tyler. With all of the hoopla around being a celebrity, he’s lost his excitement for cooking. Now, being home, he’s feeling his creative juices begin to flow. 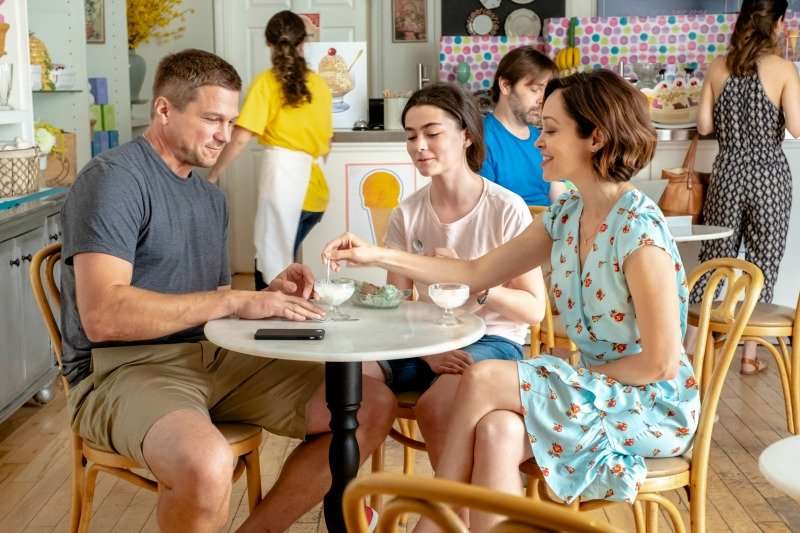 Will they stay or go?

Finally, the cook-off is underway and after the first round, Tyler is one of two contestants left for the final against Corey. Excited, Tyler and Corey lock eyes and just as sparks ignite, Sofia arrives. She’s come to drag her celebrity back to New York but he’s not having it. Asking Jay to give Sofia a town tour, Corey heads to the gazebo, where he finds Tyler already looking at what he came to see – the heart he carved with their initials.

Romance is in the air and it grows even stronger the next day when Corey helps at Jo’s restaurant. Exhausted at closing, he and Tyler slow dance and are about to kiss when Eddie shows up to surprise Rosie for her birthday. He’s also there to offer Tyler the head chef job at his new restaurant. She’s happy but confused. She’s never enjoyed cooking more than at her mom’s restaurant in Red Rock. 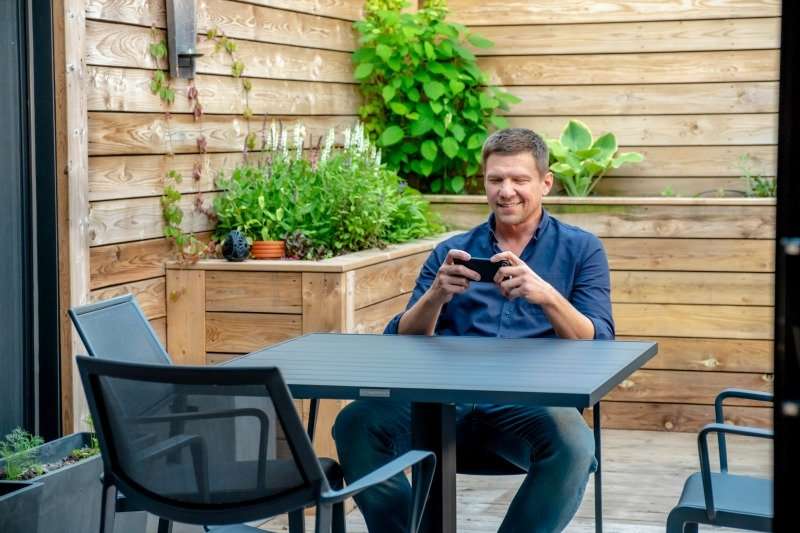 As it turns out, Corey is puzzled too. He’s glad for Tyler when he hears about the job, but he wants to move his home base to Red Rock and was hoping she would stay. For now, though, Tyler has won the spot to compete in the final, and with old sparks rekindled between them, and new ones flying between Sofia and Jay, the festival is alive with excitement. Someone is about to win the cook-off, but it looks like the whole town might turn out to be the real winner.

Cast of Season for Love

Thanks for sharing!
« Crafts That Will Add Personality to Your Empty Walls
Pumpkin Spice Products You’re Going to Love »