You are here: Home / Entertainment / DR. SEUSS’ THE GRINCH In Theaters November 9 | Trailer and Lyric Video
Thanks for sharing!

What’s the first thing you think when I say, The Grinch? I start singing…shocking right? Then I remember the times that my best friend from high school and I would go in and quote the book to our English teacher. How The Grinch Stole Christmas has always been one of my favorite books and Christmas specials. Now, there’s a new Grinch in town. In this version, we get a little bit of backstory…

For their eighth fully animated feature, Illumination and Universal Pictures present THE GRINCH, based on Dr. Seuss’ beloved holiday classic. The movie tells the story of a cynical grump who goes on a mission to steal Christmas, only to have his heart changed by a young girl’s generous holiday spirit.  Funny, heartwarming and visually stunning, it’s a universal story about the spirit of Christmas and the indomitable power of optimism. 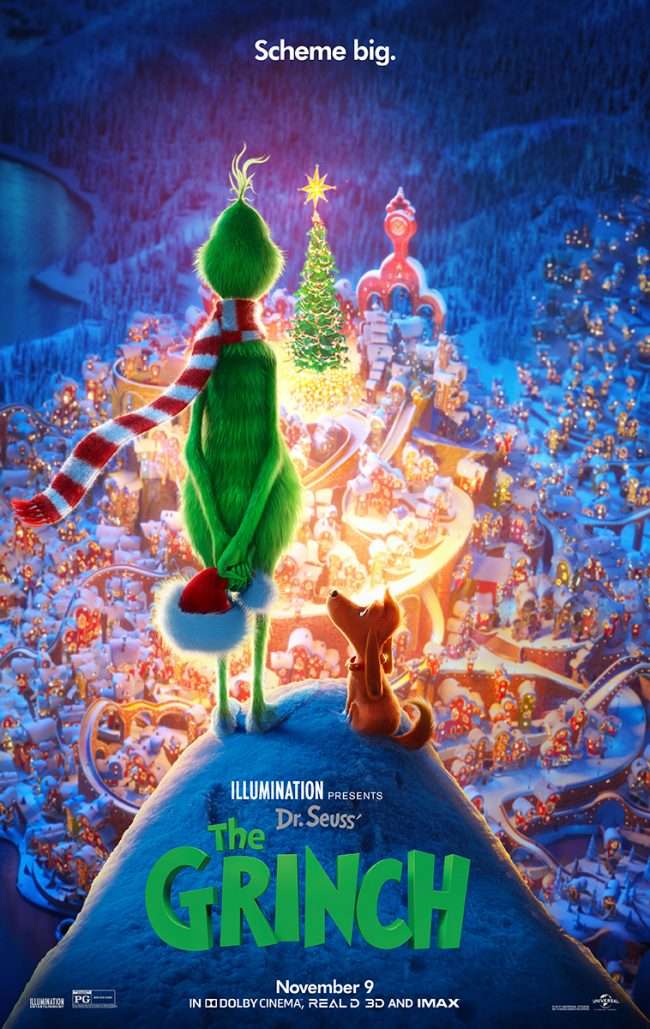 Academy Award® nominee Benedict Cumberbatch lends his voice to this infamous character, who lives a solitary life inside a cave on Mt. Crumpet with only his loyal dog, Max, for company.  With a cave rigged with inventions and contraptions for his day-to-day needs, the Grinch only sees his neighbors in Who-ville when he runs out of food.

Each year at Christmas they disrupt his tranquil solitude with their increasingly bigger, brighter and louder celebrations.  When the Whos declare they are going to make Christmas three times bigger this year, the Grinch realizes there is only one way for him to gain some peace and quiet: he must steal Christmas.  To do so, he decides he will pose as Santa Claus on Christmas Eve, even going so far as to trap a lackadaisical misfit reindeer to pull his sleigh.

Meanwhile, down in Who-ville, Cindy-Lou Who—a young girl overflowing with holiday cheer—plots with her gang of friends to trap Santa Claus as he makes his Christmas Eve rounds so that she can thank him for help for her overworked single mother.  As Christmas approaches, however, her good-natured scheme threatens to collide with the Grinch’s more nefarious one.  Will Cindy-Lou achieve her goal of finally meeting Santa Claus?  Will the Grinch succeed in silencing the Whos’ holiday cheer once and for all?

Tyler, the Creator and Academy Award-nominated composer Danny Elfman have collaborated on a re-imagined version of the classic Grinch theme “You’re a Mean One, Mr. Grinch,” and it is out today!

You can get the full soundtrack on November 9th! 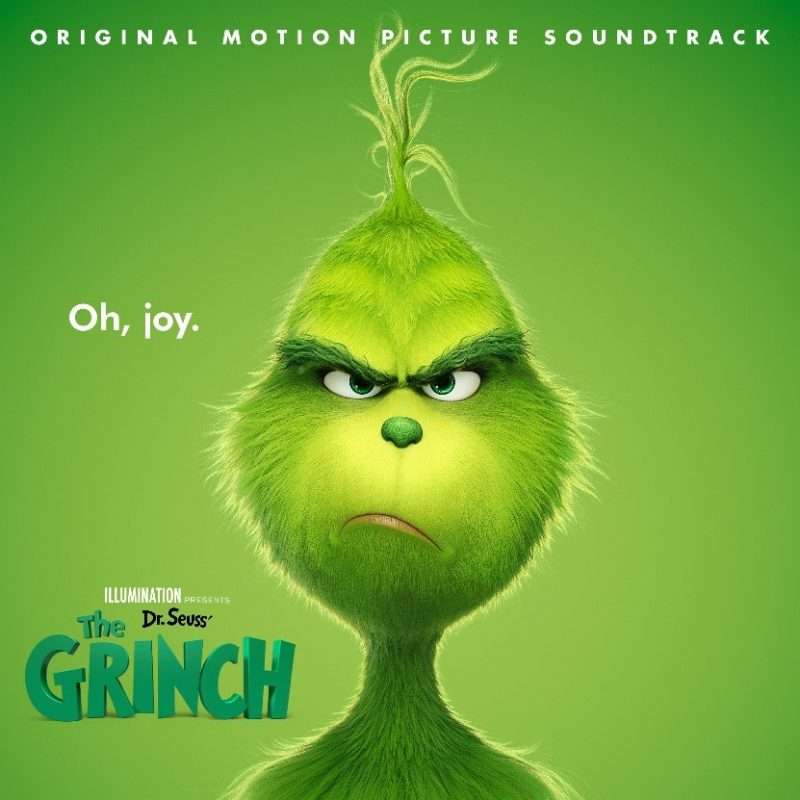 The Grinch is in theaters November 9. Get tickets now!