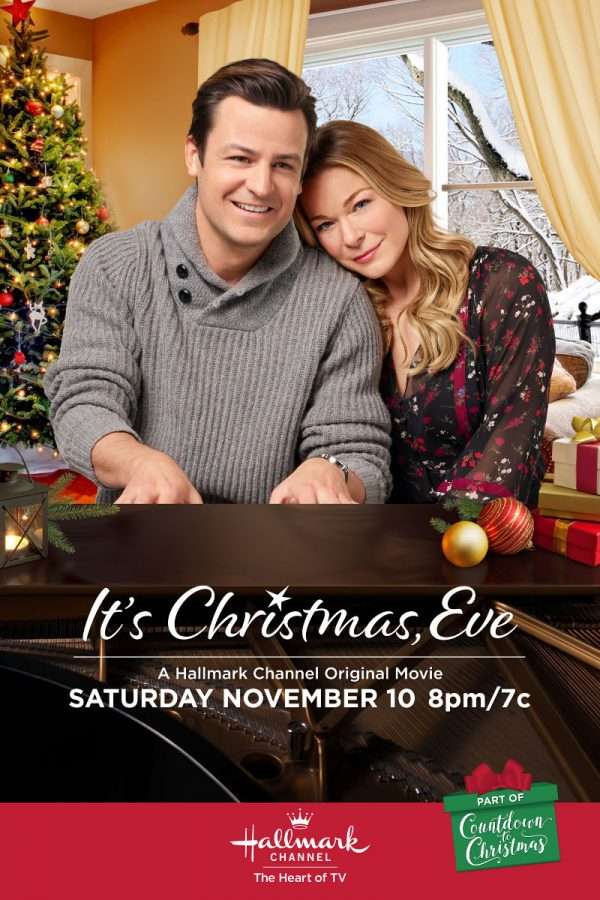 IT’S CHRISTMAS , EVE premieres on Hallmark Channel, Saturday, November 10 as part of Countdown to Christmas. As interim school superintendent Eve trims budgets, and now she’s in her hometown where it’s personal. Her handsome neighbor Liam is a music teacher and Eve feels his program must be cut. Eve is back home and she, Liam and his daughter look like they might be celebrating many a future Christmas.

Thirty-two-year-old Eve Morgan (LeAnn Rimes) has been unable to settle down since her dad passed away 16 years ago. That’s also when she began focusing on a career instead of her talent for singing. Working her way up to interim school superintendent, Eve travels the country troubleshooting school budget issues, but she never commits to a permanent position. 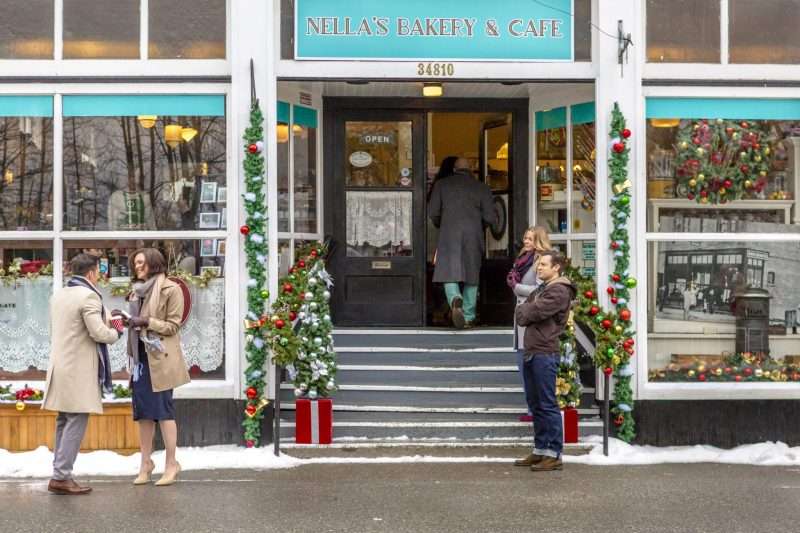 Now just weeks before Christmas, Eve is assigned to tackle the school budget in her hometown of Franklin, Pennsylvania, and after studying the financials she’s convinced the Arts and Music Programs must be cut. Her mother Nella (Gwnyth Walsh), who owns the town bakery, is surprised.

Eve’s father was a musician and Eve grew up in a house  filled with music. Sitting in in her childhood bedroom, Eve crunches the numbers again, hoping for a better solution. If it
wasn’t for being able to celebrate her favorite holiday with her mom, getting to know her sweet stepdad John (Laurie Murdoch) a little better, and feeling a glimmer of something between her and the handsome new neighbor Liam Bailey (Tyler Hynes), Eve might not feel the holiday spirit at all. 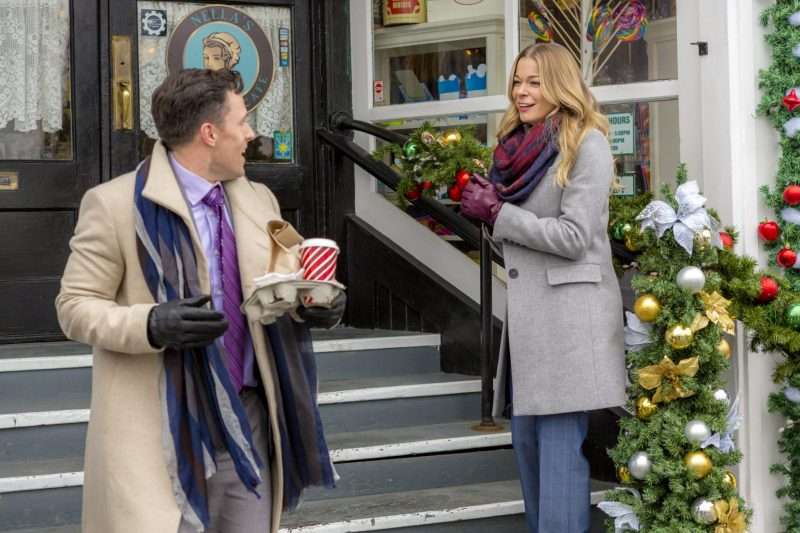 Still worried about Franklin’s budget, the next day Eve goes to Nella’s bakery to commiserate with her childhood friend Darcy (Lara Gilchrist). There, Eve spots Liam, who has come to meet his pal Rick (Antonio Cayonne) to discuss rumors that Liam’s job as a music teacher might be in danger. Unaware that Nella’s cute daughter is the one who holds his fate in her hands, Liam begins flirting with Eve about a man and a woman who have just spilled drinks on one another. Liam calls it a “classic meet cute,” a device in movies in which strangers bump into each other and can’t help but fall in love. Eve is skeptical, but can’t help finding Liam charming.

Will Eve cut the Arts and Music budget?

Later, Eve goes to see the principal at Franklin High, not knowing Liam teaches in a program she has set for the chopping block. While waiting for the principal, Eve wanders into the music room where she sees Abby (Eden Summer Gilmore) at the piano playing a Christmas tune. Abby explains that her dad wrote the song, a true coincidence since Eve’s father had begun a Christmas song for her before he died. Soon Liam comes to collect Abby and Eve learns he is the girl’s father. 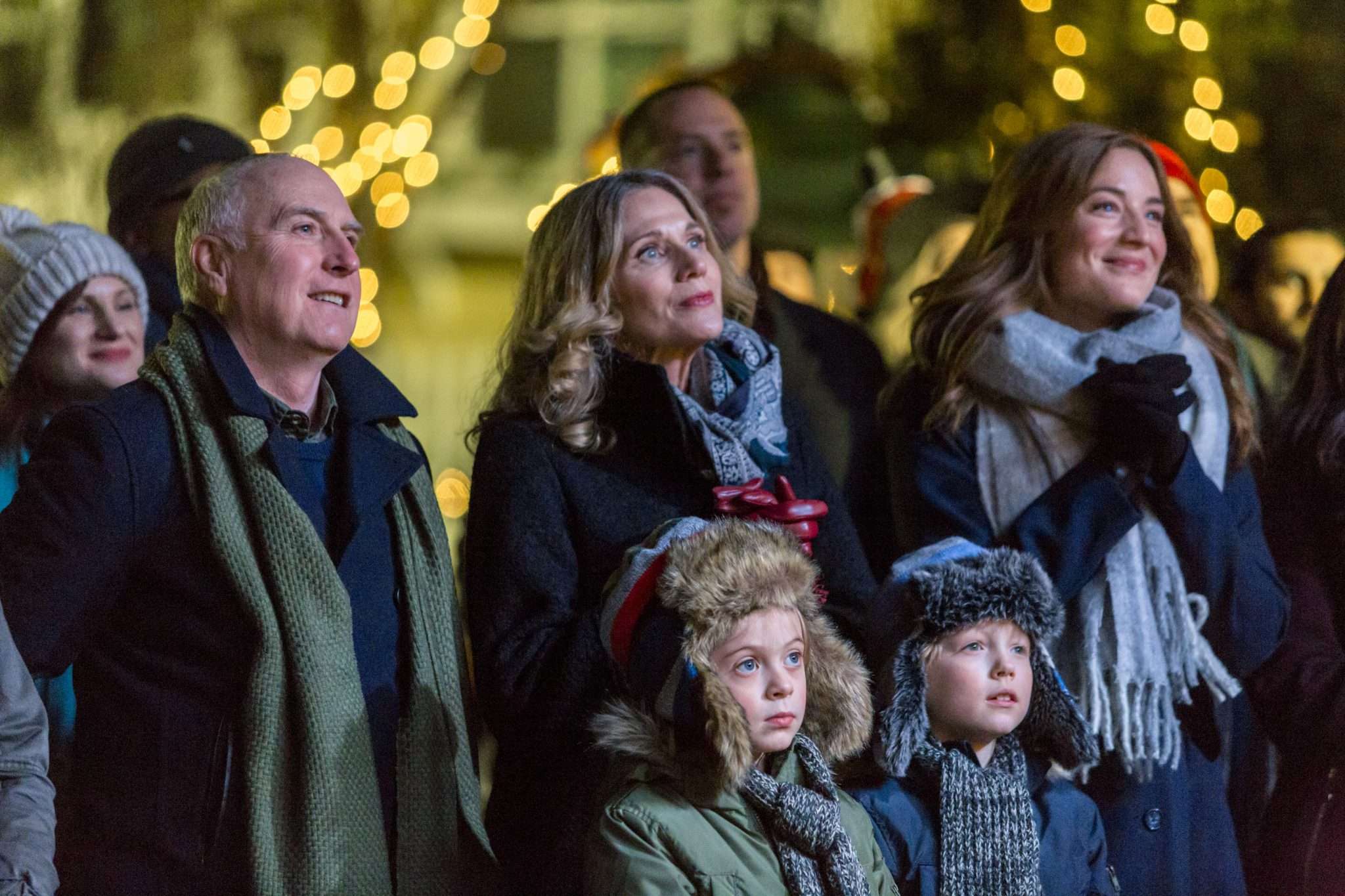 Suddenly cutting school programs is personal to Eve and she can’t deny how essential Arts and Music are to a curriculum, so she pours over the budget once again. But it isn’t until Eve visits Darcy and her husband Brad (Giles Panton) that an idea comes to her. Brad has created a website where his family can register what they want for Christmas so Eve asks him to develop a similar site for the community to donate directly to Franklin’s Art and Music Programs. Launching the site to coordinate with the town’s tree lighting ceremony, where Liam’s students will perform a Christmas Pageant, could be the fundraising push Franklin needs. 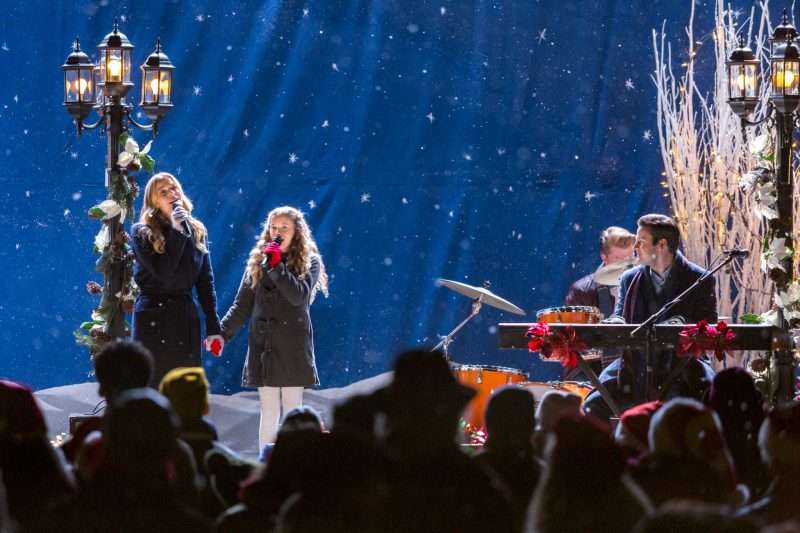 It might take a Christmas miracle, and the Universe might have to cooperate, but it already has. After all, Eve came home to Franklin and solved the budget crisis, Liam and Abby happen to live across from her mother, and there’s a permanent school superintendent job that needs filling 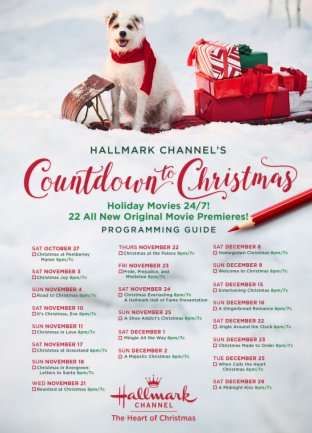 Thanks for sharing!
« Have an Incredibles 2 Game Night with Games and the #Incredibles2BluRay
The Nutcracker and The Four Realms Full Movie Review »