You are here: Home / Entertainment / The Magic Continues in Mary Poppins Returns | Review and Free Printables
Thanks for sharing!

Lin-Manuel Miranda is Jack in Disney’s MARY POPPINS RETURNS, a sequel to the 1964 MARY POPPINS, which takes audiences on an entirely new adventure with the practically perfect nanny and the Banks family.

Mary Poppins always comes when you need her

If you’ve seen any of the trailers, you know that Michael Banks and his children suffered a great loss when wife and mother passed away. I saw this movie with my daughter and my best friend from my teenage years and her husband. Both my daughter and my friend have gone through the loss of a parent, and I’ve been through the loss of a spouse. This is definitely something to keep in mind if you’re seeing it with sensitive children, especially those who have suffered a similar loss.

Emily Blunt is Mary Poppins, Emily Mortimer is Jane Banks, Ben Whishaw is Michael Banks and Joel Dawson is Georgie Banks in Disney’s MARY POPPINS RETURNS, a sequel to the 1964 MARY POPPINS, which takes audiences on an entirely new adventure with the practically perfect nanny and the Banks family.

Mary Poppins obviously knows that the Banks family needs her help, not just to save their home, but to save the children’s childhood and Michael’s happiness.

The music is wonderful

I’m a singer, and if you spend any significant amount of time with me, you’ll learn this rather quickly. I burst out into random songs at any given moment. The original MARY POPPINS soundtrack is regularly in my repertoire, and the MARY POPPINS RETURNS soundtrack is slowly creeping in too.

If you’re a fan of Mary’s, you know that though she may seem humble, she’s definitely not above showing off her song and dance skills as you’ll see in the The Cover Is Not The Book scene.

Emily Blunt and Lin-Manuel Miranda are so multi-talented, and they shine in these roles. Though I love all the songs, I really can’t stop singing Trip a Little Light Fantastic. It so reminds me of Step in Time which is one of my favorites from the original movie. All the leeries (lamplighters) singing and riding their bicycles in perfect sync is much like the chimney sweeps perfect choreography in MARY POPPINS. 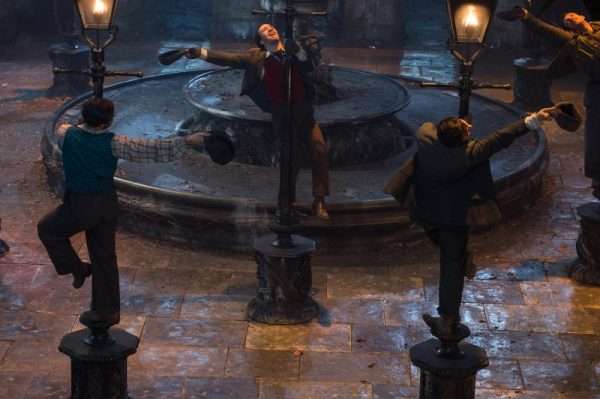 Speaking of the original soundtrack, be sure to pay attention to the instrumental background music. You’ll hear some of that original music during certain scenes.

Delightful characters both old and new

Seeing these two really made me happy! So what if 25 years have passed? Admiral Boom and Mr. Binnacle are still marking the hours with a cannon blast! They have some really funny lines in the movie, so be sure you’re paying attention! 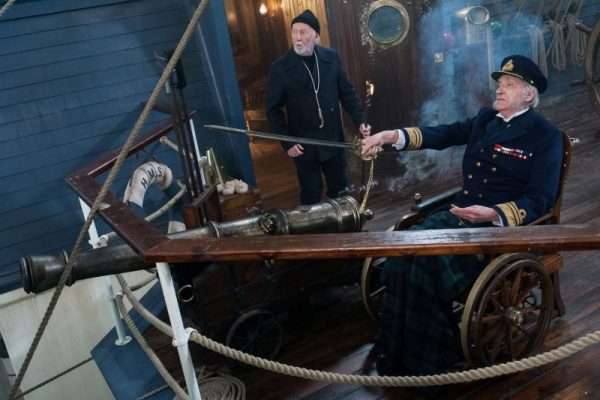 Then, there’s Miss Lark. Who remembers Bert’s rhymes early in MARY POPPINS? One was Miss Lark likes to walk in the park with Andrew (her little dog). Sadly, since 25 years have passed, I’m sure Andrew has passed on, but Miss Lark has another cute little dog to walk.

And Ellen is still the housemaid. At least she’s not getting stuck with the children…oh wait. Apparently she’s been stuck with them anyway since she’s still there! This made me happy too. Ellen and the cook in the original movie brought so much to the Banks’ household. The fact that even though Ellen is much older, and they keep her on, says a lot for the family. 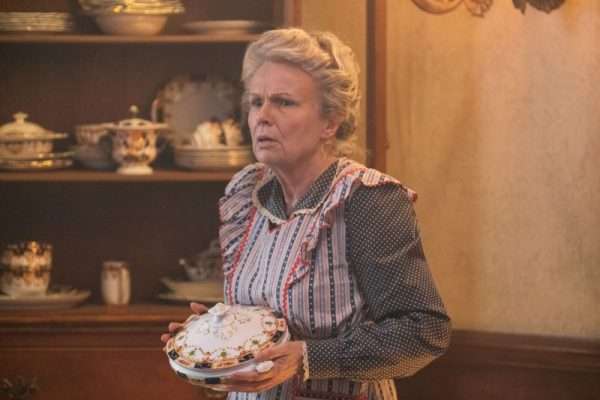 Of course, Michael and Jane are back…we wouldn’t have much of a movie without them. Jane’s involvement with social justice causes would do her mother proud! Instead of votes for women, Jane is helping the workers. 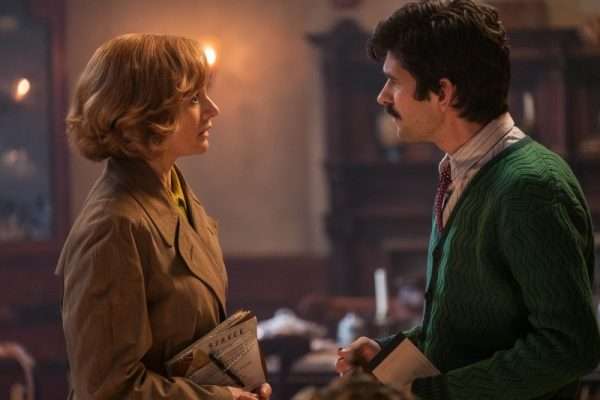 Jack is a new character, but he has ties to the Banks’ family as he was a chimney sweep as a boy with Bert. Lin-Manuel Miranda just lights up the screen in every scene he is in! I really loved the scene where he takes Mary Poppins and the kids on his bicycle to the bank. Be sure to look for the lady who feeds the birds on the steps of Saint Paul’s as they pass by. 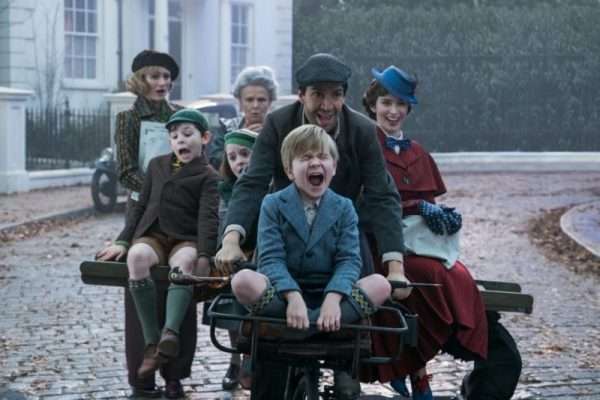 And, obviously, Mary Poppins is back. You know, it IS called MARY POPPINS RETURNS after all. She’s back in all her glory with her magical ways ready to take the Banks children on new magical journeys. And those magical journeys are wonderful! We know it’s a jolly holiday with Mary, and it’s also a boisterous bath with Mary! You will love the new places Mary Poppins takes this new generation of children. And she reminds us that everything is possible; even the impossible. 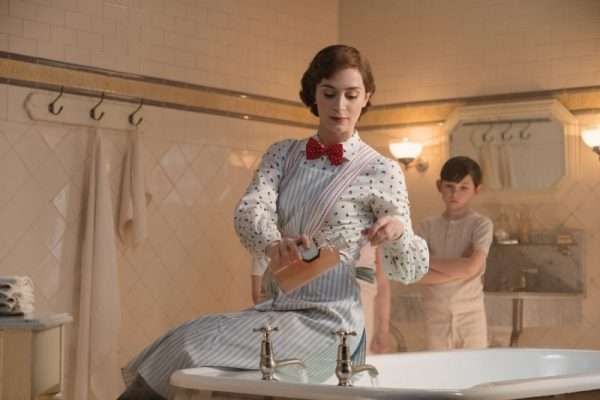 Can You Imagine That? Clip

Then there is Cousin Topsy (2nd cousin MANY times removed) who brings the sort of silliness that Uncle Albert did in MARY POPPINS. I won’t give anything away, but by looking at the picture and by knowing her name, you know things will be a bit topsy with Topsy! 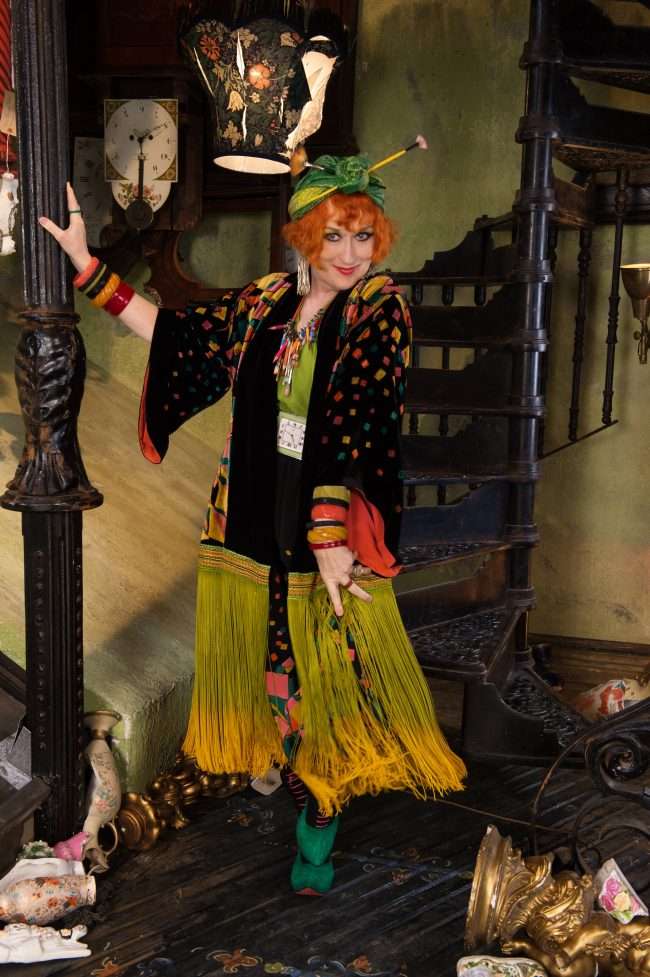 The still swoon worthy Colin Firth is Mr. Wilkins, the new bank manager, and you will have to see for yourself whether he’s any better than his predecessors. 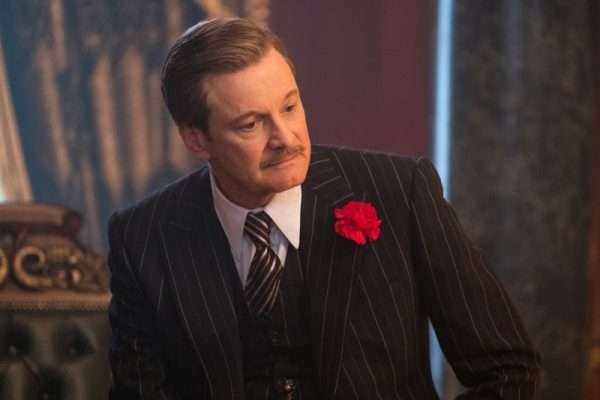 Finally, speaking of the bank predecessors, the amazing Dick Van Dyke plays Mr. Dawes Jr. and he is wonderful! Seeing him on screen again just brought tears of joy to my eyes! 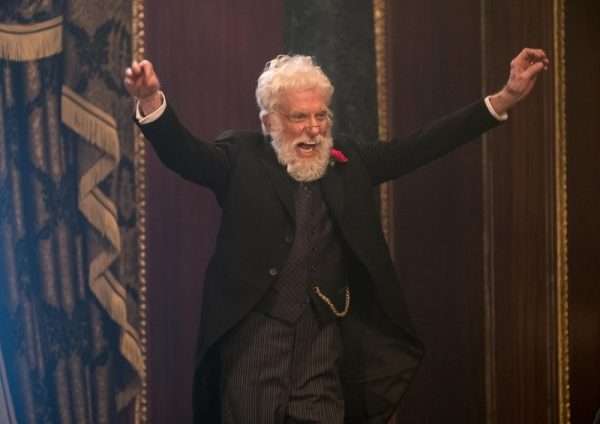 Download this MARY POPPINS RETURNS activity pack filled with coloring pages and fun activities for you and your children. 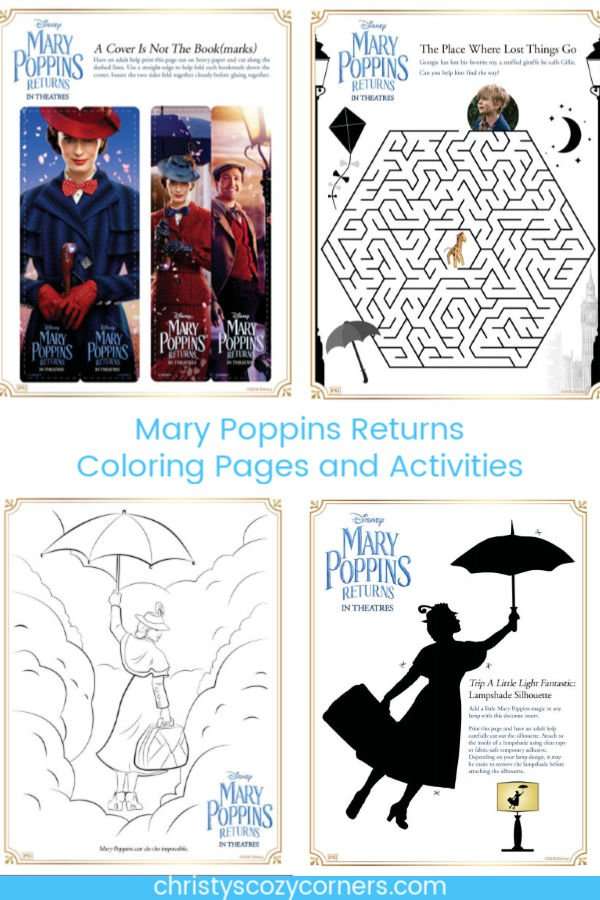 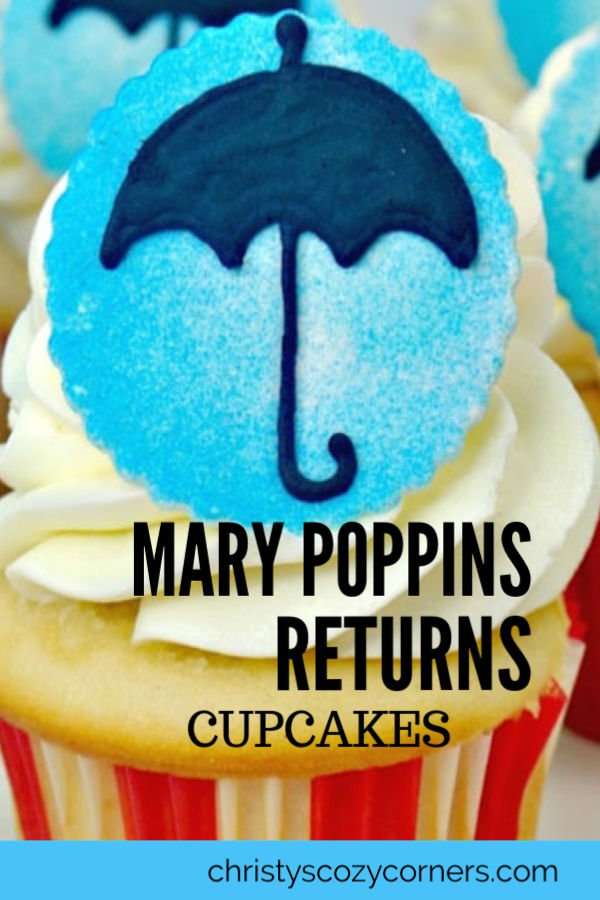 Don’t forget to get my MARY POPPINS RETURNS cupcake recipe!