You are here: Home / Entertainment / Dr. Seuss’ The Grinch on Blu-ray 2/5
Thanks for sharing!

Dr. Suess’ THE GRINCH is now available on digital and Blu-Ray.

I received a free copy to review, and all opinions are mine. 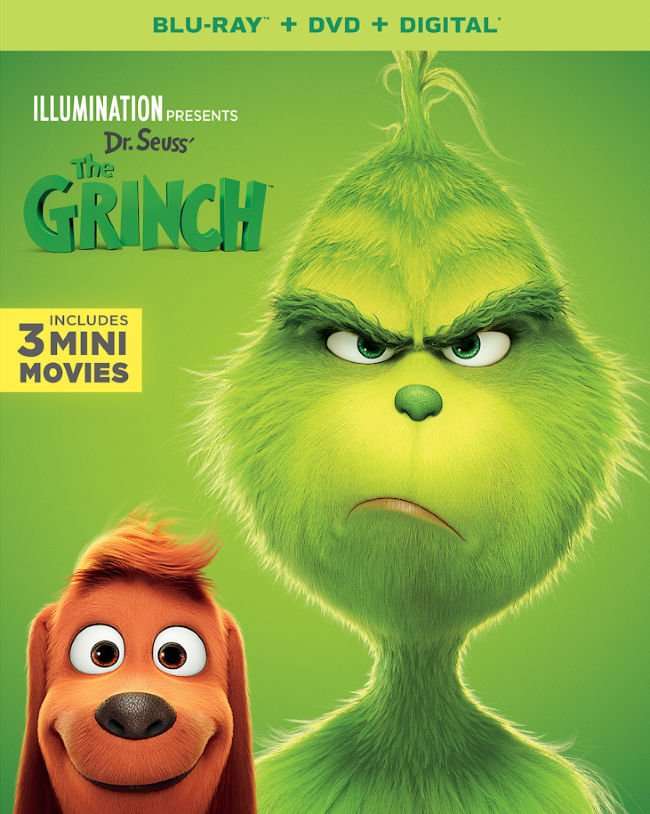 The Grinch from Illumination and Universal Pictures Home Entertainment

Dr. Seuss’ THE GRINCH is based on Seuss’ beloved tale about a cynical grouch who goes on a mission to steal Christmas from others only to feel his own heart grow three sizes larger through unexpected friendships. It is one “the whole family can watch and enjoy,” (Kidsday/Newsday).

The new home entertainment edition contains more than 60 minutes of bonus content, including three mini-movies: “Dog Days of Winter” starring the Grinch and his heroically loyal dog Max; and “Yellow is the New Black” and “Santa’s Little Helpers,” both starring the lovable Minions. It also includes stunning featurettes, a how-to-draw tutorial and much more.

Music By: Danny Elfman with songs by Tyler, The Creator

Based on the Book: “How the Grinch Stole Christmas” by Dr. Seuss

My Review of Dr. Seuss’ The Grinch

Dr. Seuss’s The Grinch is a very cute family film. It stays very true to the original story; it just adds some embellishments! Those embellishments include beautiful animation and engaging characters.

Cindy Lou Who gets a major upgrade, and she is the best! She’s inventive, friendly, assertive, and caring. Her friends, even though they play a minor role, add so much to the movie. The scenes they’re in are so funny!

Mr. Bricklebaum (played by Kenan Thompson from Kenan & Kel and GOOD BURGER! and lots of other stuff) is hilarious! He’s probably my favorite character in The Grinch.

I adore the animation! It’s so colorful and Christmasy! Whoville is filled with charming houses, and I really want to live in it. I’m all about Christmas.

The story is made richer by the Grinch’s backstory as well as the added characters with their stories. I love Cindy Lou’s selfless wish for Christmas (I won’t spoil it for you), but make sure you watch the credits!

You and your family will definitely enjoy this movie!

Download the instructions for these Grinchy Valentine’s Day crafts 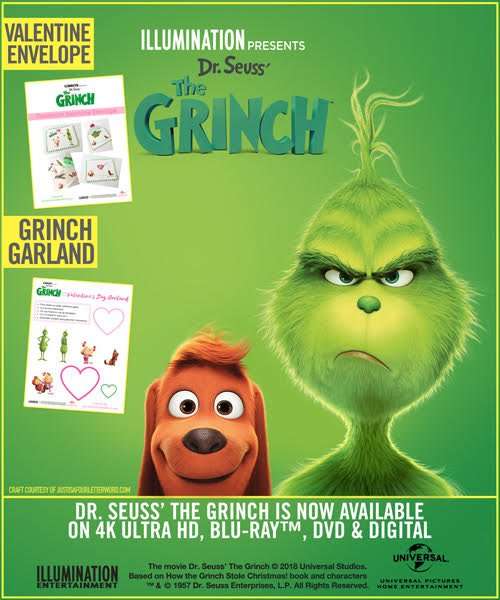 Thanks for sharing!
« The Curse of Misty Wayfair by Jamie Jo Wright | Historical Mystery at its Best
Valentine’s Day Cards for Kids to Make and Duck and Hippo The Secret Valentine Children’s Book »