You are here: Home / Entertainment / A Dog’s Way Home Book and DVD Review and Dog Treat Recipe
Thanks for sharing!

The heartwarming adventure, A DOG’S WAY HOME, is available on Digital now. It will be available on Blu-ray™ Combo Pack and DVD on April 9 from Sony Pictures Home Entertainment.

I received the products below free for an honest review. 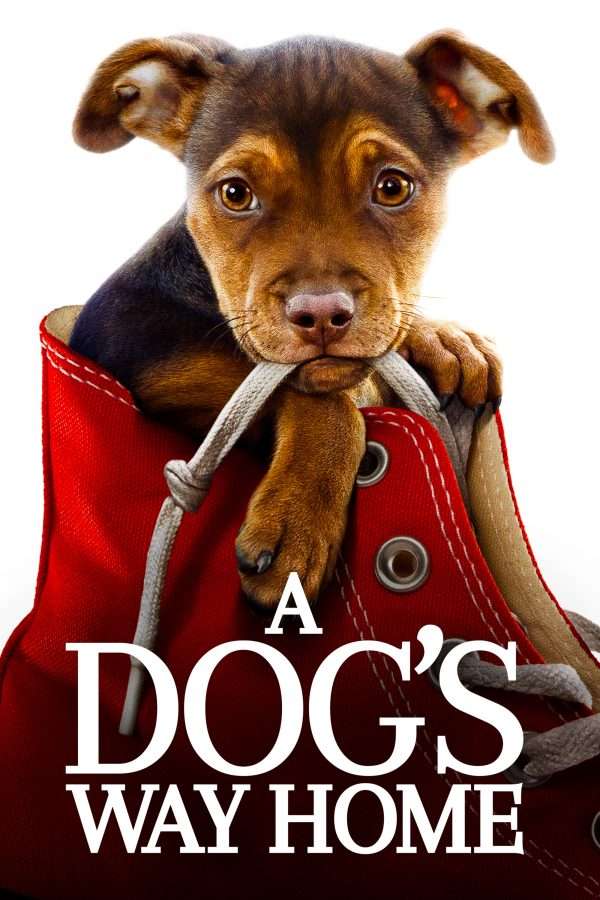 A DOG’S WAY HOME chronicles the heartwarming adventure of Bella, the brave and adventurous dog that embarks on an epic 400-mile journey home after she is separated from her beloved human, Lucas. It highlights the power of unconditional love between a man’s best friend and its human companion.

A DOG’S WAY HOME is produced by Gavin Polone (A Dog’s Purpose, A Dog’s Journey) and directed by Charles Martin Smith (Air Bud).

My review of A Dog’s Way Home

Grab your tissues! You’re in for an emotional journey with A DOG’S WAY HOME! When we first meet Lucas, he is with his friend Olivia at an abandoned house, and he’s feeding the cat colony that lives under the house. On a subsequent trip, most of the animals have been taken by animal control, but some of them evaded capture. One of those happens to be a female puppy. Mother cat has been taking care of him, but when Lucas sees the puppy and the puppy sees Lucas, it’s love at first sight.

However, Olivia questions how Lucas can keep a dog when he’s got school and a full time job at the VA center. Well, he still lives with his mom, but he quickly explains to Olivia it’s because his mom still isn’t doing well. We find out that his mom is a veteran who suffers from depression. Bella begins to help bring her, as well as other veterans at the VA (you’ll see why she’s there!), out of their deep sadness. Dogs have that ability. They know when people are sad, and it’s their instinct to comfort us!

Along the way, things happen which cause Lucas and his mom to have to move, and Olivia’s relatives agree to keep Bella for a couple of weeks until they get settled. Well, in the vein of Homeward Bound, Bella doesn’t understand, and when she sees her chance to go home, she takes it. Little does she know the journey she’ll take as she makes her way to Lucas.

Like I said, you’re going to need plenty of tissues for this emotional movie. I think it is fine for families to watch together, but there are some scary moments when Bella is on her own. And if your child gets upset easily, you may want to screen this before you watch it with them. I know I was a mess, but I cry at animal movies all of the time! Did you see how much I was tearing up during my trailer reaction for THE LION KING? Yep, crying at animal movies is my thing!

Get this recipe for your dog! Just click the button below. 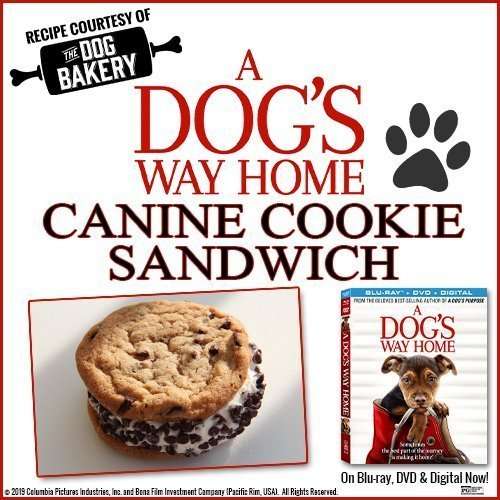 DIY Doggie Treats With Shelby: What animal doesn’t like a special treat? With adult supervision and some help from our furry friends, we’ll make a couple of tasty homemade dog treats!

Dog Days:  Shelby’s Production Diary: Meet Shelby, the canine star of A Dog’s Way Home and track her journey from being adopted from a shelter to being cast as “Bella”.  Follow Shelby and her trainers as she prepares for the film. Join her on set as she makes her big screen debut.

A DOG’S WAY HOME has a run time of approximately 96 minutes and is rated PG for thematic elements, some peril and language. 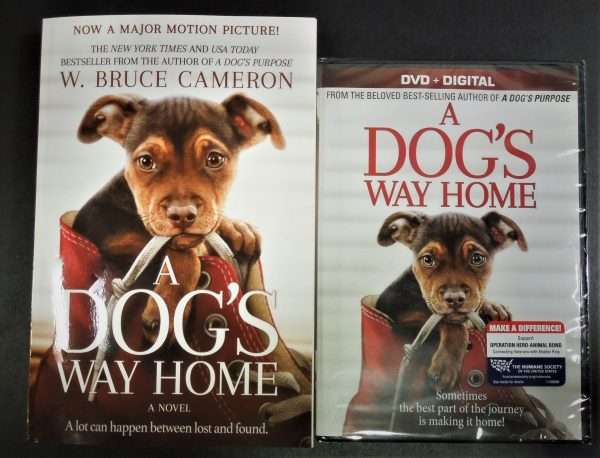 Thanks to the sponsors, one of my followers will win A DOG’S WAY HOME book and DVD. This giveaway is open to the US only ages 18+. This giveaway is void where prohibited. The sponsor will ship the prize to the winner. By entering this giveaway, you’re agreeing to the privacy policies of this blog. Entrants need a profile picture on at least one of their social media accounts from which they’re entering, or the entry will be void. The winner has 48 hrs. to claim the prize or another winner will be chosen.


Thanks for sharing!
« 8 Things About Newborn Babies That Might Surprise You
Fabulous Hobby Ideas for Foodies »