You are here: Home / Entertainment / Avengers: Endgame Trailer 2 Breakdown
Thanks for sharing!

We’re in the home stretch. In a little over a month, what we’ve all been waiting for comes to theatres: AVENGERS: ENDGAME. I’m ready! Did you see the new trailer? Well, it’s all that! It’s even more than the first trailer for the movie. Let’s have an AVENGERS: ENDGAME trailer 2 breakdown, shall we? Oh yeah, and how awesome is the new poster? 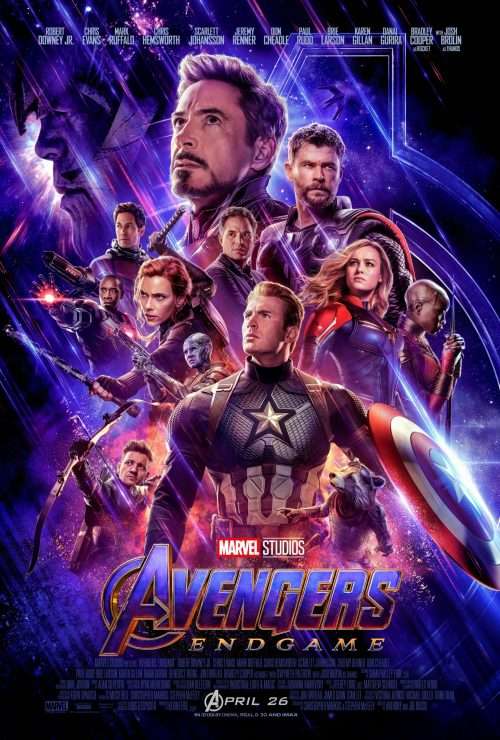 The grave course of events set in motion by Thanos that wiped out half the universe and fractured the Avengers ranks compels the remaining Avengers to take one final stand in Marvel Studios’ grand conclusion to twenty-two films, AVENGERS: ENDGAME.

I think/hope I’m getting a little better at these! All I know is that my reaction is going to be intense during the film!

We open with a desolate landscape. All signs point to a land of nothingness. And…cut to RDJ in the sand. Oh wait, sorry. I was in script mode.

So, Iron Man is talking…talking to Pepper. Cue the crying. It does seem like a thousand years ago that Tony became Iron Man, yet it also seems like just yesterday that IRON MAN came out. You know how the Russo brothers like to cut together scenes in the trailers that are never that way in the movie? Somehow I’m thinking that the “pulling off one last surprise” might not be Tony talking from space. IDK.

Then we go to the flashbacks. Steve is at the recruitment office not quite measuring up to what a soldier “should” be. We hear Peggy Carter talking; however, it is “old” Peggy talking to Steve, and this is from WINTER SOLDIER. “The world has changed.” Yes, it had then, and it has again.

Hawkeye is teaching his daughter archery skills, so I’m guessing that this is before the snap since we’re all assuming his family was dusted.

The heartbreaking scene of Captain America carrying Peggy’s casket is followed by a shot of Asgard and Thor and Odin in THOR. You can hear the pain and regret in Thor’s voice as they show several characters being snapped away. Brutal the first time, brutal now!

I think the scene with Scott looking at all of the missing persons poster is probably right after he gets out of the quantum realm and right before he heads to the Avengers headquarters. (We saw that in the first trailer.)

Rocket and War Machine teaming up in their “souped up” suits is pretty awesome.

You know how much I love Nebula, so her screaming in vengeance is wicked cool! I hope she’s got some part at bringing Thanos down. She deserves it!

I LOVE the Avengers’ white quantum armor, and that slow motion walk. I wasn’t sure if this meant that Tony and Nebula made it back or if this was some time travel thing, and they don’t make it back. Anyway, they look awesome.

The absolute BEST…Captain Marvel’s face after Thor catches Stormbreaker! Nothing phases her. I also love that Thor has the last line like he had the last line in the INFINITY WAR trailer after he sees the Guardians. Epic.

Thanks for sharing!
« Best Quotes and Scenes from Captain Marvel
Adorable Pop Culture and Educational Board Books »