You are here: Home / Books / I Used to Be Famous: A Sweet Sibling Story
Thanks for sharing!

Kiely, the darling star of last year’s book I AM FAMOUS is back–and now she has to share the spotlight with a baby sister. This is a sweet sibling story, with an unexpectedly happy solution. 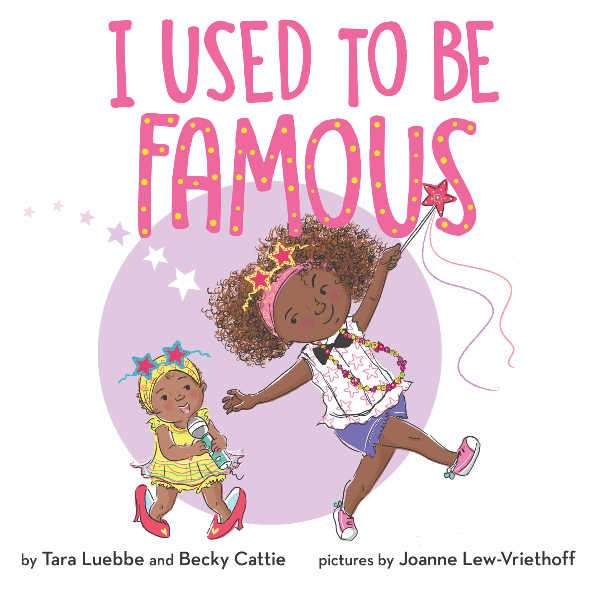 I Used to Be Famous

Kiely’s been famous her entire life, but when a baby sister appears on the scene, she feels like a has-been. Now Kiely has to figure out how to gain back the attention of her adoring fans (her family), even if it means sharing the spotlight.

PRAISE FOR I USED TO BE FAMOUS
“This clever exploration of the mixed emotions of welcoming a new baby into a family is sure to elicit more than a few laughs from the divas accustomed to having all the attention.” —Kirkus Reviews

I fell in love with little Kiely in last year’s I Am Famous. She sings, dances and acts, and her “paparazzi and fans” (mom, dad, grandparents) love her. But something happens that knocks Kiely out of the spotlight…or so she thinks. There seems to be a new star in the house, and the paparazzi have turned their attentions to her instead! 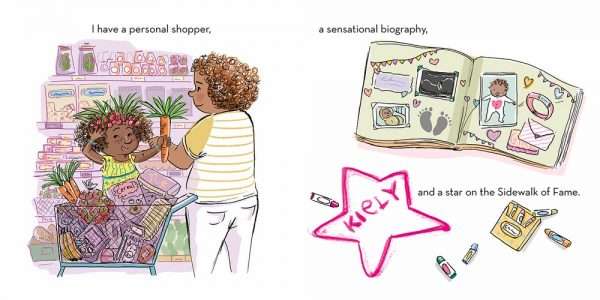 Kiely can’t understand it. This kid can’t sing, she can’t dance, and she can’t act. What is up with this? Well, one day, Kiely discovers that this new star is amused by Kiely! Ah ha! This kid isn’t just a new star; she’s a new fan! Kiely decides that she can actually use this new addition as part of her acts! Kiely can take on a new role too. After all, she’s always wanted to be a director. As a big sister, I can totally attest to the fact that we big sisters love to tell our siblings what to do! 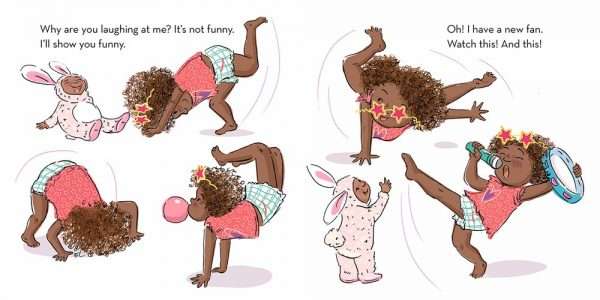 This sibling story is adorable. I love how Kiely discovers that it’s okay to share the spotlight, and she realizes that the paparazzi have enough love for both of these adorable stars. 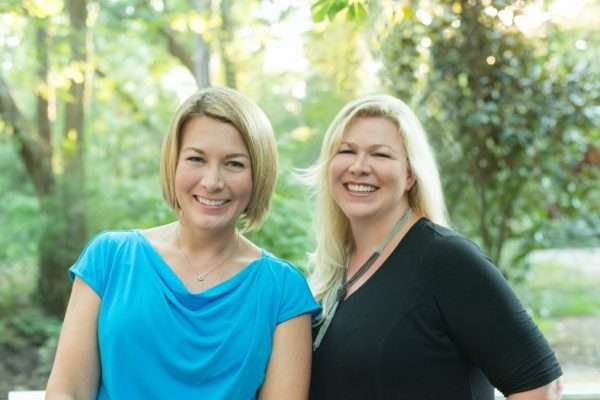 Becky Cattie has always had a flair for the dramatic and loves all things entertainment—especially character-driven narratives. She was a casting producer for reality TV shows like NBC’s America’s Got Talent, ABC’s Extreme Makeover, and E!’s The Simple Life in Los Angeles. She lives in Chicago. Tara Luebbe is a self-described “Picture Book Nerd.” In her previous life, she owned a toy and book store in Atlanta, which was a catalyst for writing her own books. This is the third picture book collaboration for sisters Tara and Becky; their first two books, I Am Famous and Shark Nate-O, were published in 2018. To learn more, visit http://beckytarabooks.com/.

Thanks for sharing!
« Adorable Pop Culture and Educational Board Books
Spider-Man: Into The Spider-Verse Movie Review and Activity Kit »