You are here: Home / Entertainment / Celebrate International Women’s Day with She-Ra!
Thanks for sharing!

In recognition of International Women’s Day, DreamWorks Animation has assembled the cast, crew and young fans of She-Ra and the Princesses of Power on Netflix to remind girls around the world they have the power to achieve anything they set their mind to. 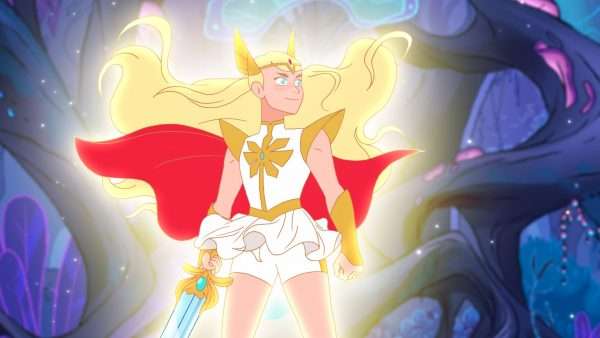 In a newly released video, the cast of She-Ra and executive producer Noelle Stevenson open up about what She-Ra and its positive portrayals of women and girls means to them and the impact it has on the young audience who watches the show.

Watch this inspiring video below.

She-Ra and the Princesses of Power

She-Ra and the Princesses of Power features a wide variety of female characters; moreover, brought to life by a diverse voice cast. They’ve also got an all-female writers room and majority female crew. They are dedicated to centering the stories of women in a way that both children and adults can relate to. She-Ra shows young audiences that no matter how they look or who they choose to be, they are worthy of love, respect, and a starring role in the stories they adore.

Join She-Ra in fighting the good fight – and forge a #BalanceforBetter in the world. 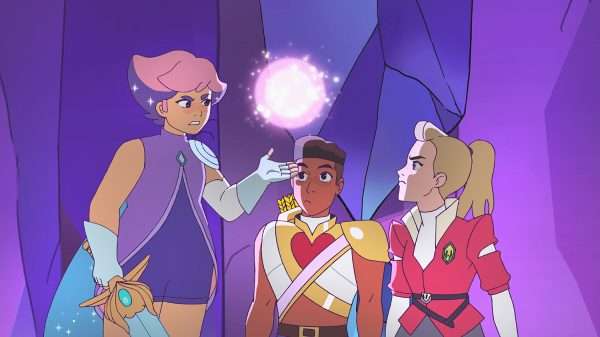 FREE activity sheets and resources for parents and teachers 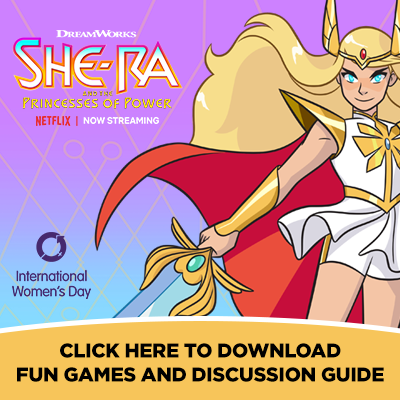 DreamWorks Animation has also created resources and activity sheets for parents, teachers and caregivers to utilize in reinforcing the important messages that International Women’s Day aims to spread:

You can also find these resources on the official IWD website.

You know I’m all about empowered women in film and television, and I think girls need to watch BLACK PANTHER to see the strong women portrayed in the film. BUT, at no time is it okay to male bash! I’ve got a daughter and a son, and I want them both to be strong and empowered. It’s just that there are lots more strong male role models than there are women role models.

I’ll tell you what, though. As a little girl, some of my favorite shows were Electra Woman and Dyna Girl, The Bionic Woman, Wonder Woman, and Isis. I DID get some girl power in my youth, though there definitely were more male dominated shows.

Celebrate with your girls this International Women’s Day!

Thanks for sharing!
« Reconciliation and Forgiveness | Daughters of Northern Shores by Joanne Bischof
Spider-Man: Into The Spider-Verse Concept Art »