You are here: Home / Entertainment / Cinderella Anniversary Edition Digital and Blu-ray | Recipes and Printables
Thanks for sharing!

“Cinderelly. Cinderelly. Night and day it’s Cinderelly.” I’ll bet you can hear Jacques singing it now! Can you believe it’s been 70 years since CINDERELLA played in theaters? So, in honor of its upcoming 70th anniversary, the timeless animated classic CINDERELLA waltzes into the highly celebrated Walt Disney Signature Collection and the hearts of a whole new generation. The CINDERELLA Anniversary Edition is available now on Digital and Blu-ray on June 25, 2019. 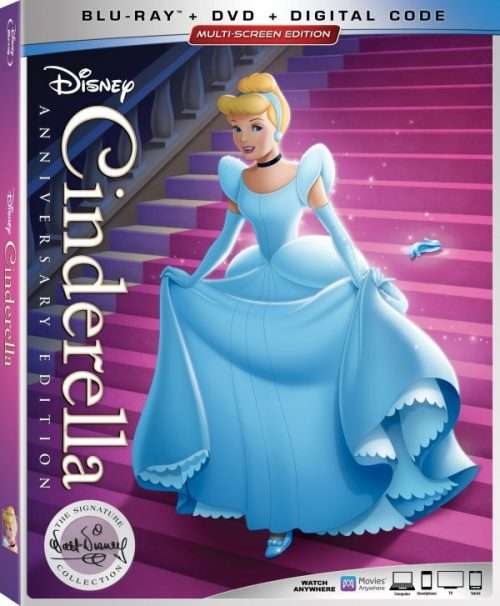 CINDERELLA was recently added to the prestigious National Film Registry. This enchanting tale, which showed us that dreams really do come true — and inspired countless fans to reenact the Royal Ball and Cinderella’s infamous midnight dash — arrives Digitally in HD and Movies Anywhere on June 18, and on Blu-ray™ and DVD on June 25.

I am sure you have seen CINDERELLA. However, if it has somehow alluded you all of these years, here is the story. 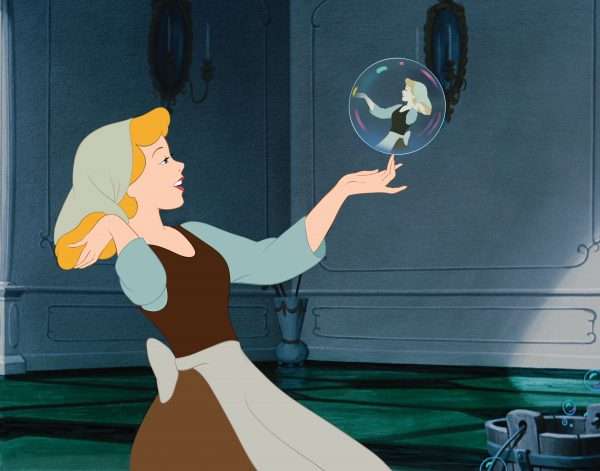 The animated classic centers on kind and hardworking Cinderella, who is ordered around by her cruel stepmother, her awful stepsisters — even the big clock in the church tower tells her when to start another day of drudgery. But they can’t stop her from dreaming. Cinderella has faith that someday her wishes will come true.

When an invitation to the royal ball arrives, Cinderella is sure her time has come. However, her stepsisters, with the encouragement of Lady Tremaine, tear her gown to shreds. 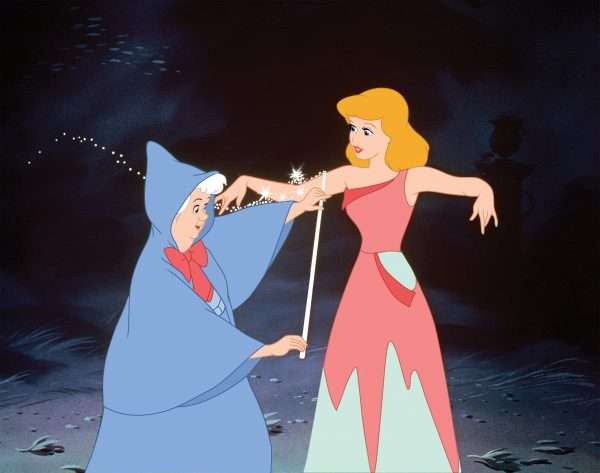 Just when Cinderella believes all is lost, her Fairy Godmother appears, and with a wave of her wand and “Bibbidi-Bobbidi-Boo,” transforms an ordinary pumpkin into a magnificent coach and Cinderella’s rags into a gorgeous gown, then sends her off to the Royal Ball. 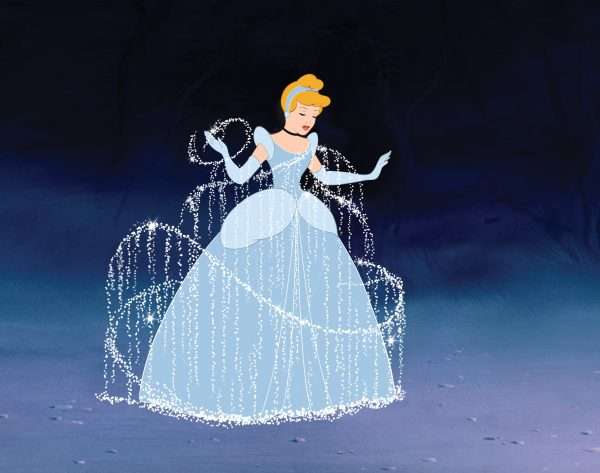 But Cinderella’s enchanted evening must end when the spell is broken at midnight. It will take the help of her daring animal mice friends and a perfect fit into a glass slipper to create the ultimate fairy tale ending.

Watch the trailer for the Cinderella release for this whole new generation!

How to draw Jaq and Gus Gus

Who doesn’t love those adorable mice on CINDERELLA? The movie wouldn’t be the same without Jaq and Gus! Now you can learn to draw these mice with this drawing guide. Print out the full sized version below the image. 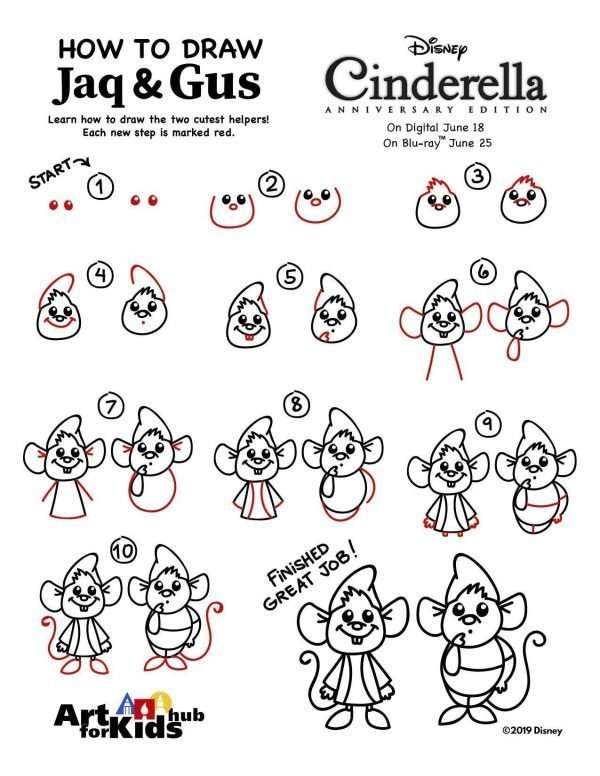 How to Draw Jaq and Gus Gus Activity Page

In celebration of the enchanting tale arriving on Digital and Movie Anywhere June 18 and Blu-ray and DVD June 25, Geeks Who Eat has created a fun, themed cheese plate inspired by Gus Gus! 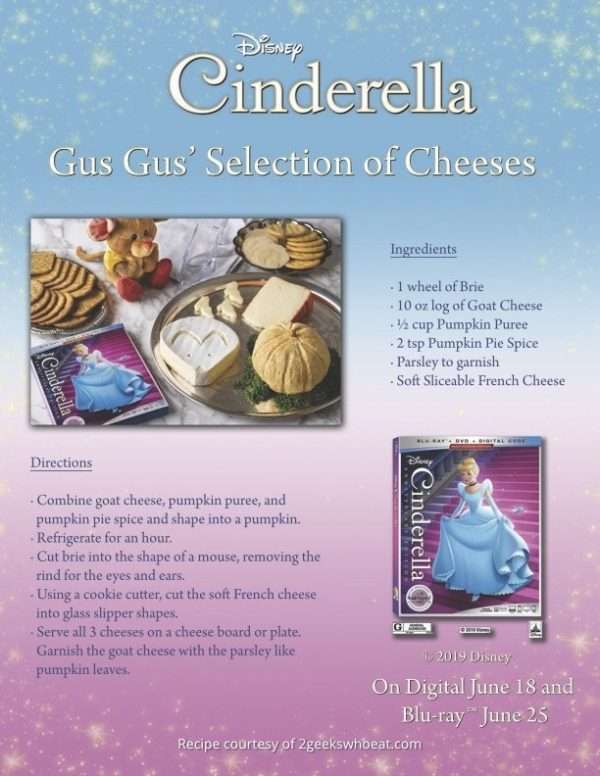 Who doesn’t love designing ball gowns? Now you can design Cinderella’s ball gown any way you like! 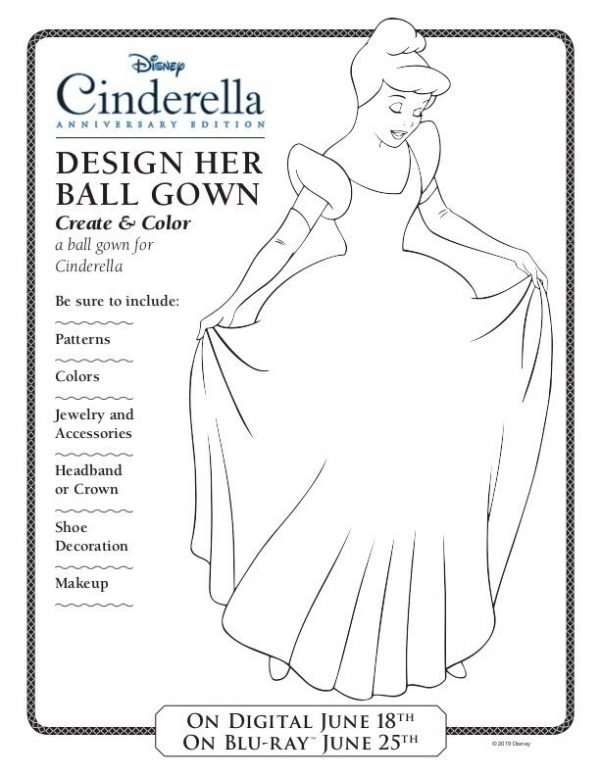 Bonus features on Digital and Blu-ray

THE ART OF CINDERELLA

Visit the Disney website for more of the classic CINDERELLA where you’ll find games you can play and coloring pages to download: https://movies.disney.com/Cinderella-1950

Disney’s Live-Action Cinderella is coming to 4K Ultra on June 25!

In addition to the classic CINDERELLA Anniversary Edition, Disney’s Live-Action CINDERELLA is getting something new too! We love this version of CINDERELLA too! The sets are dazzling, and I’m sure it’s going to be lovely in 4K Ultra!

*Bonus features may vary by retailer. 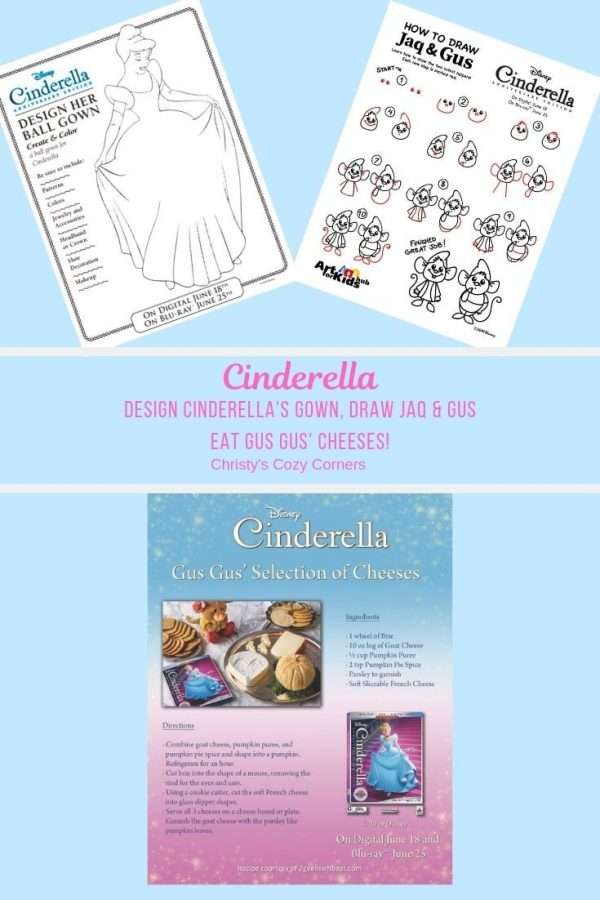 Thanks for sharing!
« Help Kids Beat Boredom with These 3 Books
Toy Story 4 Coloring Pages, Games, Recipes and the Final Trailer »