You are here: Home / Entertainment / Disney’s Live Action Aladdin and Aladdin Signature Collection on Digital and Blu-ray
Thanks for sharing!

The release of the live-action adventure coincides with the addition of the original animated classic to the highly celebrated Walt Disney Signature Collection, granting ALADDIN fans everywhere the opportunity to own both magical movies. In 4K for the first time, the new release features all new bonus content, including alternate endings! 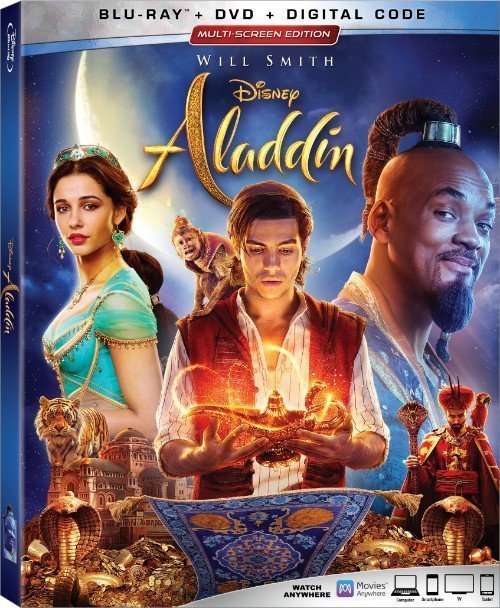 First, we’ve got the live action ALADDIN film! If you haven’t gotten a chance to see this yet, you’ve still got time! It’s still playing in many theaters, and trust me, it looks great on the big screen! I loved this version of ALADDIN and thought that the acting was superb! Will Smith rocked as The Genie, and the additional backstory really added something new to the film.

To celebrate this release, Geeks Who Eat created a Genie-inspired cookie for you! You can go to their site to look at the recipe or print it here! 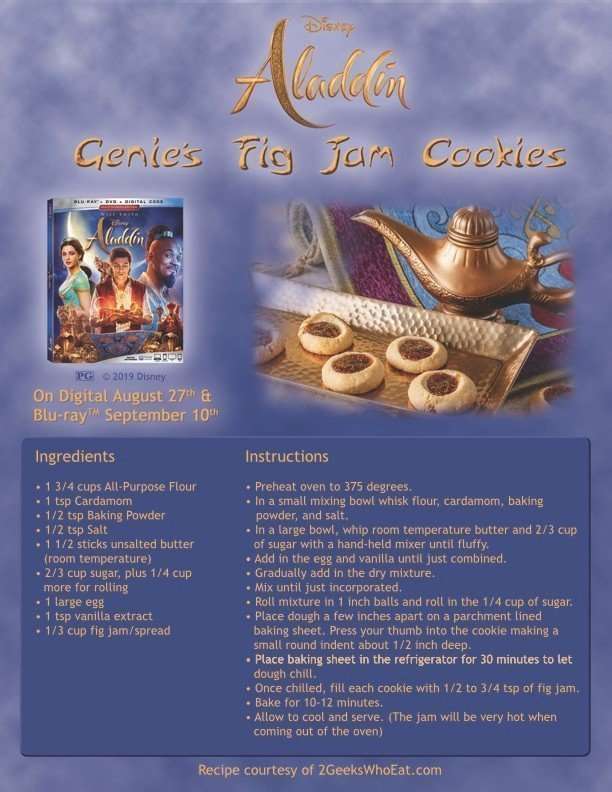 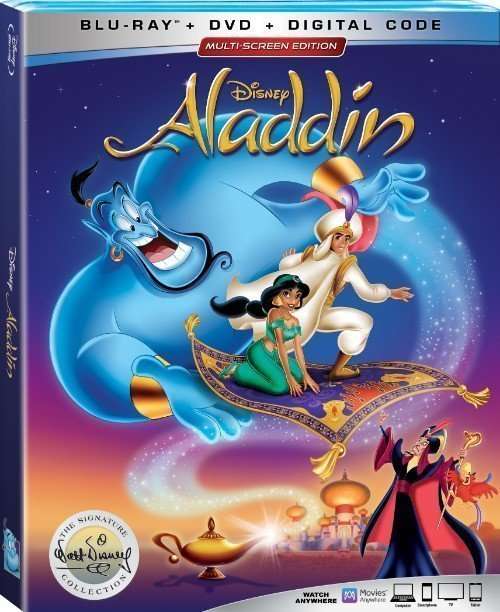 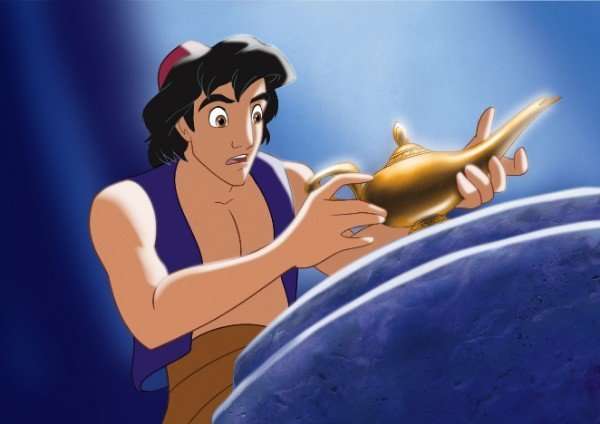 Disney’s tale of the lovable “street rat,” Aladdin, self determined Princess Jasmine and the all-powerful Genie has remained a family favorite for over a quarter of a century. The animated classic version of ALADDIN was the highest-grossing film of 1992. 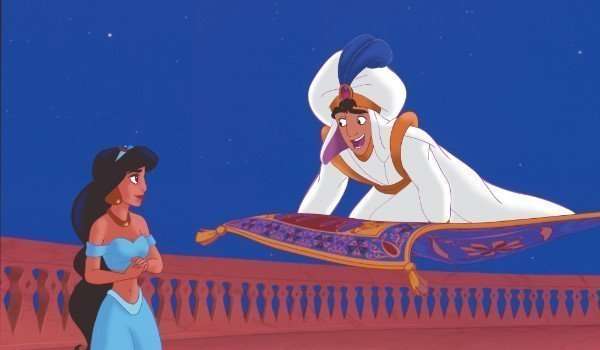