You are here: Home / Entertainment / Breakdown of D23: Star Wars: The Rise of Skywalker Special Look and Poster
Thanks for sharing!

Hello friends! It’s Molly, which means I’ve got new Star Wars propaganda (er, promotional materials) to show you and obsess over! It includes my breakdown of the D23 STAR WARS: THE RISE OF SKYWALKER special look.

D23 guests got an advance viewing of the special look at STAR WARS: THE RISE OF SKYWALKER the other day. Thankfully for us poor unfortunate souls unable to make it to the convention, Lucasfilm released the footage to the general public today. And I. Am. Shook.

New from D23 Star Wars: The Rise of Skywalker Special Look and Poster

First and foremost, we need to break down the special look, which means we need to watch it.

Who else got goosebumps and teary-eyed when the suns came on screen and the music played? And the sensation only magnified as we saw all our old heroes on screen? Luke and Obi Wan and Leia and Han and Chewie and Lando and our favorite droids… and then there’s Vader and the Emperor and Anakin and Padme and Qui’Gon and oh my goodness how am I going to survive The Rise of Skywalker if I can’t even make it through this special look? (Spoiler: I’m not. My cousin and I have already decided to buy our coffins ahead of the movie. It’s cool. I’ve lived a good life.)

“A Thousand Generations Live in You Now…”

I thought it was bad when I saw Luke on screen. And then his voice over comes and and I. Can’t. Even. I couldn’t handle it when I heard these words during the teaser trailer, and I still can’t handle them in this new special look. And then he says “But this is your fight” and we witness our past heroes pass the baton when our new heroes take the screen. Luke and Leia and Han started us on this journey, Anakin and Obi Wan carried us through the middle (and Anakin broke our hearts), and now Rey and Finn and Poe will see us through to the end. As if it wasn’t bad enough, they had to add in “The story of a generation… comes to an end.” Like, Lucasfilm, you already broke my heart. No need to rub salt in the wound! (Honestly, though, I loved that part…)

It’s good to see Poe, Finn, and Rey back together again after spending most of Star Wars: The Last Jedi separated. I have no idea what they’re doing on this new world, but I can’t wait to find out (and experience this brand new world). It looks like some sort of celebration is happening, so that’s good, right? (Right???)

We see the good guys’ ships and the bad guys’ ships. This can only mean one thing. And I doubt it’s good. (But can we talk about the new girl we see with Finn? Don’t worry Rose fans: I’m pretty sure I see Rose behind her at the controls!)

A Rey and Kylo Ren Reunion

10/10 to my girl Rey for her awesome lightsaber skills. I mean, did you SEE that? (If not, go back and watch it again. I’ll wait!) I already suspected that she was training from what we saw in the Rise of Skywalker teaser trailer, and this just confirms it. My theory was that she and Kylo were training together (hence why she does the awesome backflip onto his ship in the middle of the desert), but now I’m freaking out because of their sure-to-be-epic fight scene we see in this special look. But I will hold onto my hope that Kylo Ren/Ben will have a redemption arc!

Not gonna lie, Sith Rey has definitely fired some holes in my Star Wars: The Rise of Skywalker theories. I’m excited to see her with a double bladed light saber, though! Lots of people suspected that she would get one, considering her iconic staff. But now this begs the question: Is she connected to Darth Maul somehow? We see Maul during the beginning of the special look, and we know from SOLO: A Star Wars Story that he is alive. I suppose we will have to wait until December to find out!

But wait, there’s more! Not only do we get a special look at the movie, we also (finally!) get an official movie poster! 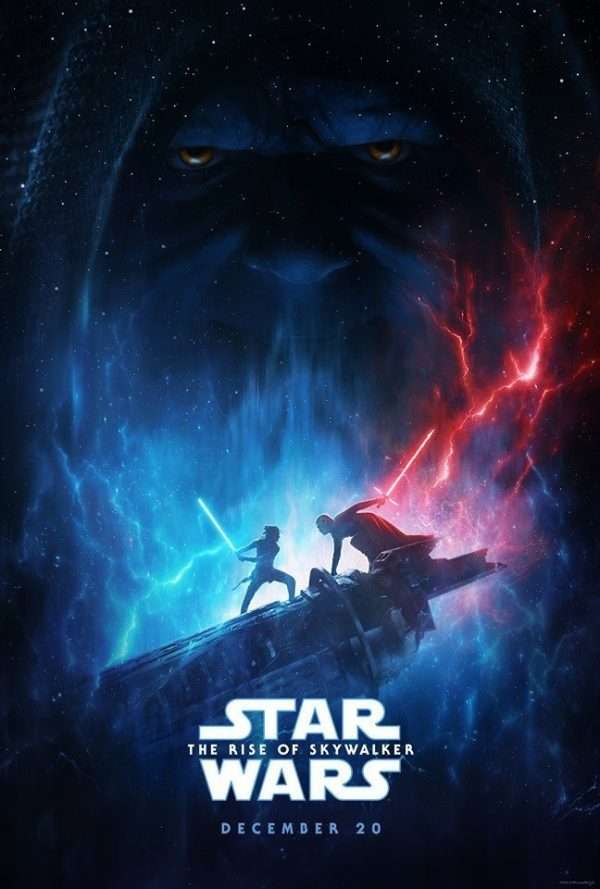 See Star Wars: The Rise of Skywalker in Theaters this December! 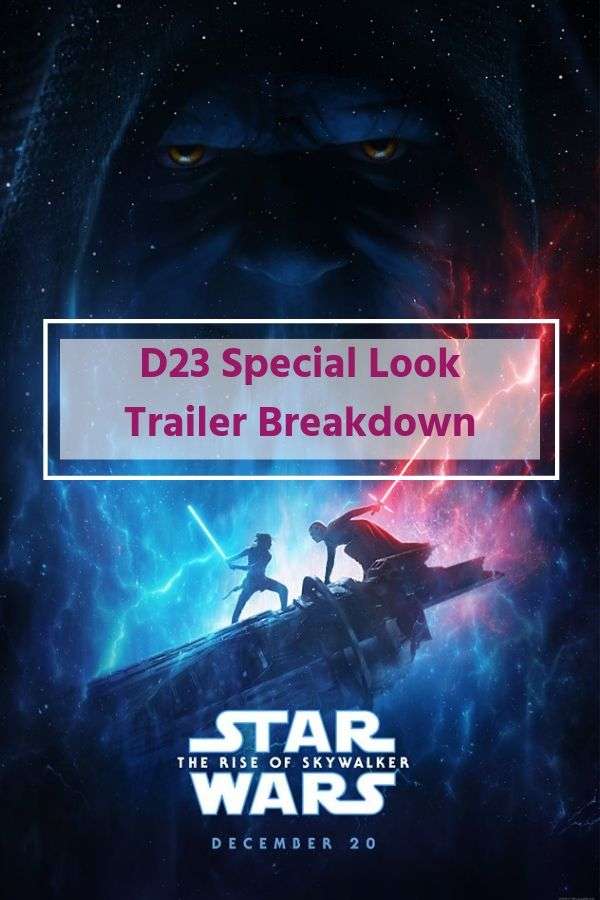 Thanks for sharing!
« The Secret Life of Pets 2 Crafts Roundup
7 Fun Things To Do in December »