You are here: Home / Entertainment / Scooby-Doo, Where Are You!: 50th Anniversary Mystery Mansion Blu-ray Gift Set
Thanks for sharing!

“Scooby-Doo, Where Are You!: The Complete Series Limited Edition 50th Anniversary Mystery Mansion” from Warner Bros. Home Entertainment, is coming to stores September 3, 2019. I don’t know know about you all, but this is good news to me! I loved Scooby-Doo as a child, and when I introduced the show to my kids, they loved it too!

This Mystery Mansion Blu-ray gift set is so cute! It’s a limited edition too, so if you want one, don’t wait!

Scooby-Doo, Where Are You!: The Complete Series Limited Edition 50th Anniversary Mystery Mansion 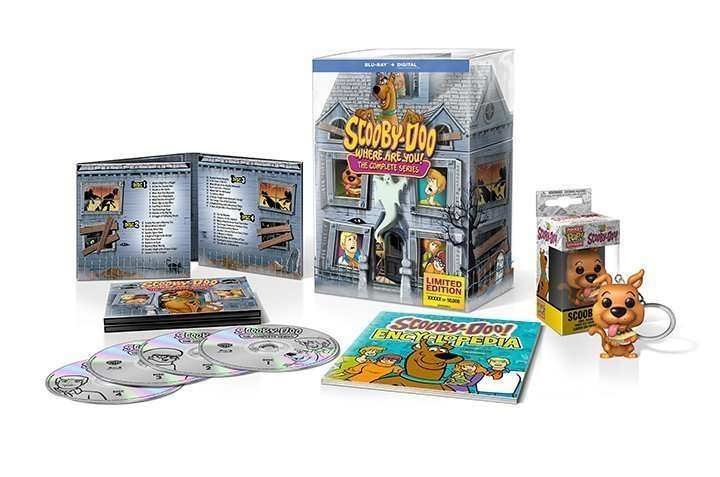 Warner Bros. Home Entertainment (WBHE) salutes that lovable Great Dane, Scooby-Doo and the Mystery Inc. gang with the release of Scooby-Doo, Where are You!: The Complete Series Limited Edition 50th Anniversary Mystery Mansion. Available in stores on September 3, 2019, this release is packaged in an eye-catching, limited edition collectible mystery mansion gift set that includes all 41 episodes of the original series, Scooby-Doo! Where are You!, released on Blu-ray™ for the first time, as well as a Digital Copy of the series.

This must-own box set has some fun extras. The set contains all-new HD content and Scooby-Doo collectibles including an exclusive Scooby-Doo Funko keychain, and a mini Scooby-Doo Encyclopedia.

For 50 years, the Mystery Inc. gang has entertained Scooby-Doo fans with zany hijinks, action-packed adventures and engaging mysteries that have captivated viewers of all ages. What started as a Saturday morning cartoon, exploded into an enormously successful franchise.

I’m not QUITE 50, but I’m getting close. So this show was fairly new when I started watching it as a little girl. I know my generation has fond memories of watching cartoons on Saturday mornings, and Scooby-Doo was a favorite!

Scooby-Doo follows the adventures of four teens, Fred, Daphne, Velma, Shaggy and his lovable, but cowardly Great Dane, Scooby-Doo. These “meddling kids” travel far and wide in their stylish van, the Mystery Machine, to solve mysteries involving ghosts, monsters and other supernatural forces.

Their entertaining adventures are always filled with hilarious hijinks and sometimes even catchy musical moments. Through teamwork and clever investigation, the teen sleuths solve case after case, while unmasking the villains who are usually behind each of the mysteries they encounter. 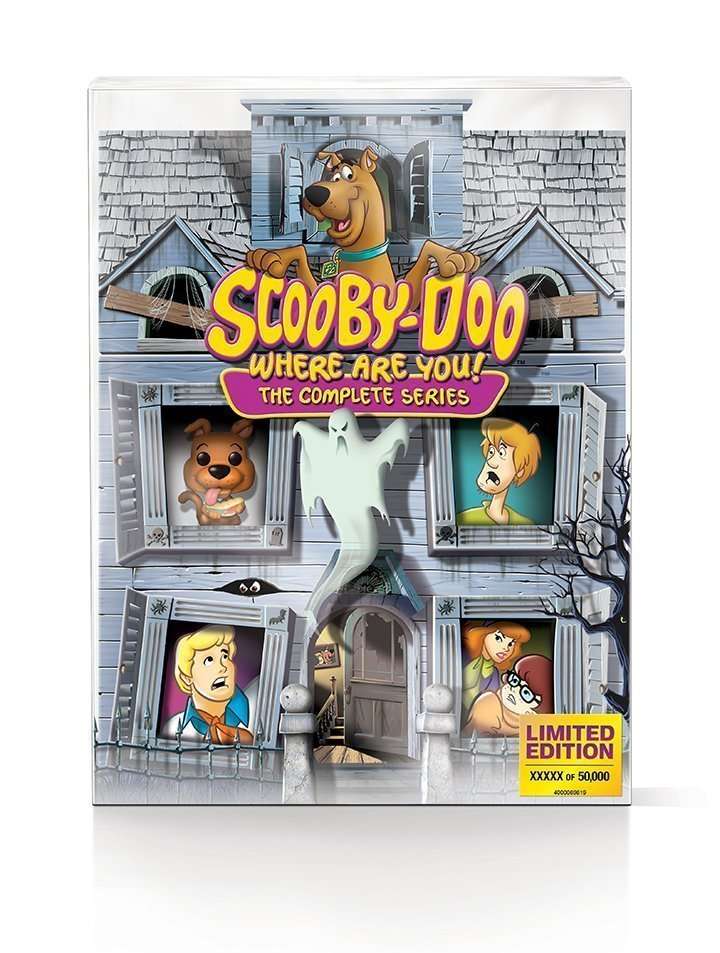 Frank Welker is the only voice actor to work on Scooby-Doo in its many incarnations, since the very first series debuted in 1969. Welker has been the voice of Freddy since the beginning. He has provided the voice of Scooby-Doo since 2002. My Life with Scooby is a personal look at the seminal voice actor’s five-decade body of work on Scooby-Doo, complete with personal stories and fun memories from the recording booth.

A Scooby-Doo for Everyone (Featurette):

The iconic look and feel of the original Scooby-Doo cartoon is a beloved classic… and within 50 years of animated adventures, WB Animation has created a host of different versions of the series for each new generation. From the kid-friendly approach of A Pup Named Scooby-Doo to the envisioned look of Be Cool Scooby-Doo, WB Animation has consistently reimagined the characters in fun and exciting ways over five decades. Interviews with the animators behind the many different Scooby-Doo versions, reveal the compelling creative process.

A narrated history of the cultural impact of everyone’s favorite mystery-solving gang over the last 50 years. This fun-filled featurette is brought to life by interviews with creatives and cultural historians, plus clips from the TV series, films, toys lines, Warner Bros. World Abu Dhabi Scooby-Doo ride, and upcoming animated feature…Scoob.

Scooby-Doo and the Lost City of Gold Trailer:

A sneak peak of the all-new Scooby-Doo! Live stage production.

11.  A Gaggle of Galloping Ghosts

20.  Scooby’s Night with a Frozen Fright

28.  A Creepy Tangle in the Bermuda Triangle

30.  A Highlight Fling with a Monstrous Thing

31.  A Scary Night With a Snow Beast Fright

34.  The Creepy Creature of Vulture’s Claw

35.  Who Was That Cat Creature I Saw You With Last Night? (a.k.a. Make A Beeline Away From That Feline)

40.  The Beast is Awake in Bottomless Lake

41.  The Warlock of Wimbledon

Thanks for sharing!
« Ways To Relax That Take Five Minutes Or Less
Hasbro’s Lost Kitties Books and Collector’s Guide »