You are here: Home / Entertainment / The Kitchen Movie Review

When gangster husbands wind up in prison in the 1970s, their wives take over their organization. They become Hell’s Kitchen’s most powerful mobsters in THE KITCHEN movie. 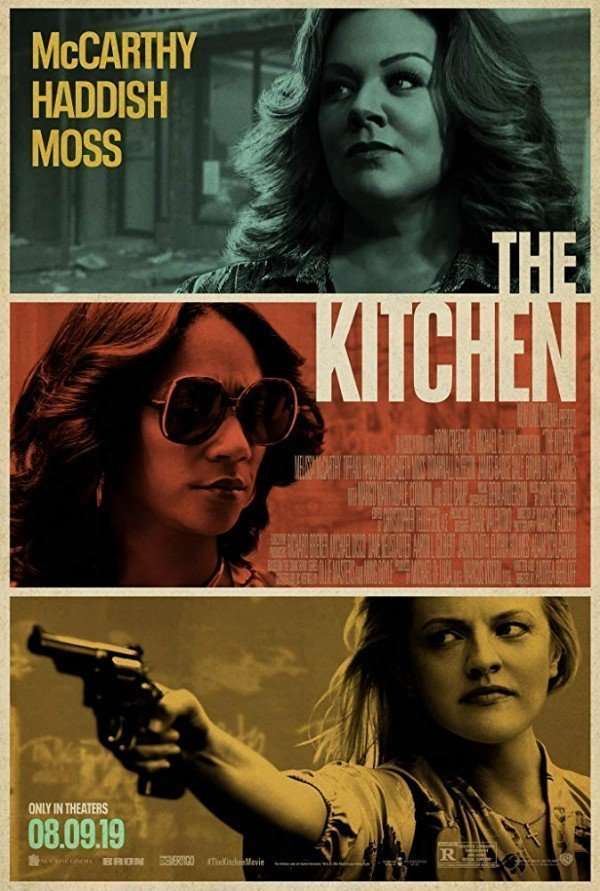 Thanks to Warner Bros. I was able to attend a free screening of The Kitchen.

THE KITCHEN movie is based on the Vertigo comic book series from DC Entertainment. The film stars Oscar nominee Melissa McCarthy, Tiffany Haddish and Elisabeth Moss as three 1978 Hell’s Kitchen housewives whose mobster husbands are sent to prison by the FBI.

Left with little but a sharp ax to grind, the ladies take the Irish mafia’s matters into their own hands–proving unexpectedly adept at everything from running the rackets to taking out the competition… literally.

When I went to see THE KITCHEN, I really had no idea what to expect except from what I’d seen in the trailer. I had no idea that it was based on a DC comic, so that was a shock. I mean I’m a Marvel girl, but DC has had several movies I’ve loved in the past. THE KITCHEN movie just got added to that list. Just a disclaimer…this is a movie that is rated R, so if language or violence bothers you at all, this isn’t a movie for you. I know, we get used to watching “comic book” based movies and expect PG 13 stuff. Don’t expect that from THE KITCHEN. It’s definitely for the grown-ups! And don’t look to the critics. Most of the time they don’t have any clue what the “real world” likes. And the real world seems to like this one.

I was 8 in 1978. I’m ancient, I know. But, as an 8 year old living in the Midwest, I obviously wasn’t following the news, and if I had been I don’t think my news station covered NYC mobster news. Even though THE KITCHEN is fiction and not based on one true story, mobster stuff was alive and well in New York City. This makes me seriously grateful that I didn’t have to grow up in an area riddled with crime and corruption.

From the premise of the movie, you can get the gist of it. Three of the head guys in the Irish mob in Hell’s Kitchen get sentenced to 3 years in Rikers Island (the prison) for armed robbery and assault. The next guy in command promises to take care of the men’s families. Well, what they think is taking care of them is a pittance and won’t even pay the rent. The women dig deeper into what’s going on in their area of Hell’s kitchen. They find that the services (ie protection) the guys are supposed to be providing to the shop owners in exchange for money isn’t happening. They’re just taking the money.

When the women find out, they promise to take care of the issue. When the guys refuse, the ladies take over…and take the payments. I’m sure you can guess that the guys aren’t happy with this new arrangement, but the wives have some aces up their sleeves. I won’t give you the major spoilers because if this is your kind of movie, you need to see it yourself.

THE KITCHEN movie has some awesome acting in it. Domhnall Gleeson plays his character so well. It would be a little spoilery to tell you about his character, so go and see for yourself. Melissa McCarthy is the only mom among the three wives, so her character is a little more selfless and forgiving than the others. Tiffany Haddish is spot on in her role. How her character “develops” (you’ll see why the quotation marks are necessary when you see it) through the movie is shockingly amazing. I love Elizabeth Moss in The Handmaid’s Tale, so it was harder for me to see her as THIS character. I eventually saw her as this character, and she was so good.

Seriously. Go see THE KITCHEN at the movie theater! Everything is best seen on the big screen!

Thanks for sharing!
« These 3 Improvements to Your New Home May Delay Moving Day
Music and Movie Lovers Need the Bowers & Wilkins Formation Suite from Best Buy »