You are here: Home / Lifestyle / The Ten Best Sweets You Can Get at a Japanese Convenience Store
Thanks for sharing!

When you think about Japanese sweets, you probably think about those cute and endearing candies as most things in Japan are. But with the variety of treats Japan has to offer, it can be overwhelming to know which to pick from all that you see. Japanese convenience stores most especially have an impressive array of candies and sweets to choose from, but which of these tasty goodies do people love the most? Which are the cream of the crop? Here are the ten best sweets you can get at a konbini (Japanese convenience store). Subscription boxes like Japan Crate includes these tasty treats in their mix every now and then, so be sure to try them out too! 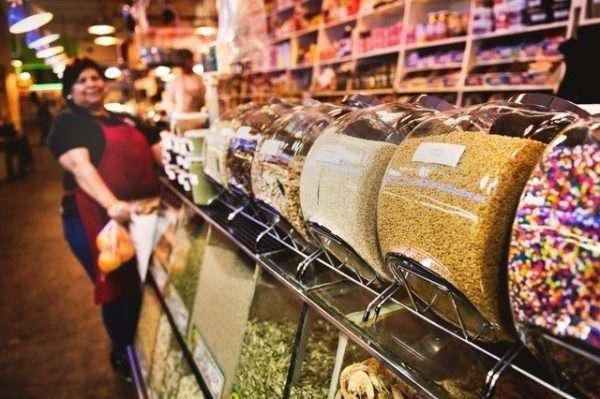 Corn puffs, or puff corn, are puffed and baked grain goodies that can be coated with different flavors, and Japanese convenience stores are filled with different types of this snack. The prime choices include 7-Eleven’s Hojicha Crunchy Chocolate and Family Mart’s Horoniga Bitter Choco Ring.

Japanese cake rolls are known for being so soft and fluffy that even convenience store varieties live up to this reputation. 7-Eleven’s Rich Chocolate Cake, Lawson’s Premium Cake Roll varieties, and Uchi Cafe Mochi Shokkan Roll Cake are great examples.

Cookies are one of almost everybody’s favorite sweet snacks, including the Japanese. Depending on the store, the cookies will have different flavors and are one of the best sweets at a Japanese convenience store. Fujiya’s Country Ma’am Cookies have been a famous semisoft cookie brand in Japan since the 1980s. You still find them on every konbini shelf. 7-Eleven’s Matcha White Chocolate Cookie and Family Mart’s Premium Series Cookie Cream Puff are a must try as well. 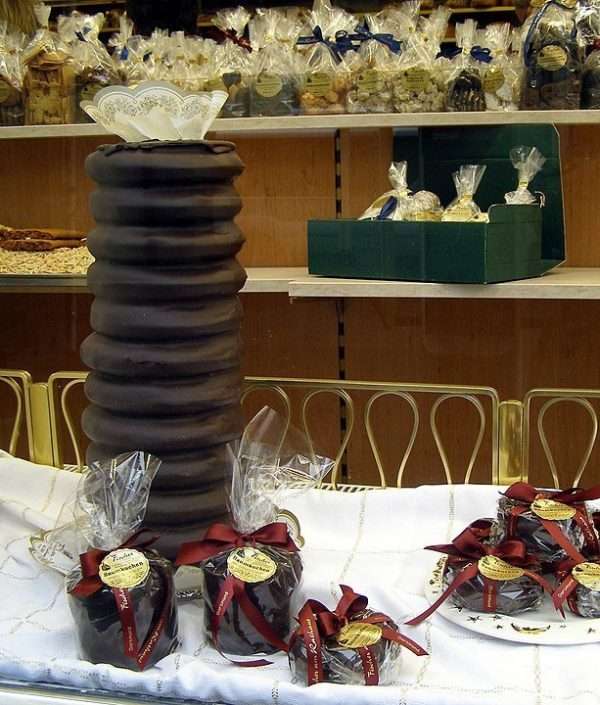 This weirdly named cake is actually a German variety of spit cake. It is a ridiculously famous sweet treat in Japan. This treat, since it is truly loved by the Japanese, can be seen in films and anime. Konbinis all over Japan have this cake on their shelves and have different flavors to boot including 7-Eleven’s Matcha Baumkuchen and the Double Chocolate Baumkuchen from Family Mart. This cake is one of the best sweets at a Japanese convenience store. It is perfect for chocolate lovers.

If you’ve heard of Pablo Cheese Tarts, then there is no question that convenience stores in Japan also have them! A collaboration between Family Mart and Pablo means that you can get these delicious treats there. There are tons of other options too, like Family Mart and Circle K Sunkus’s rich baked cheese tart and Lawson’s cheese-chocolate tart. 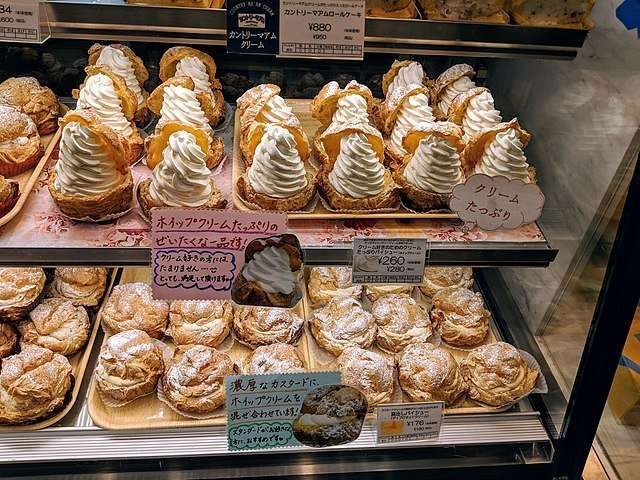 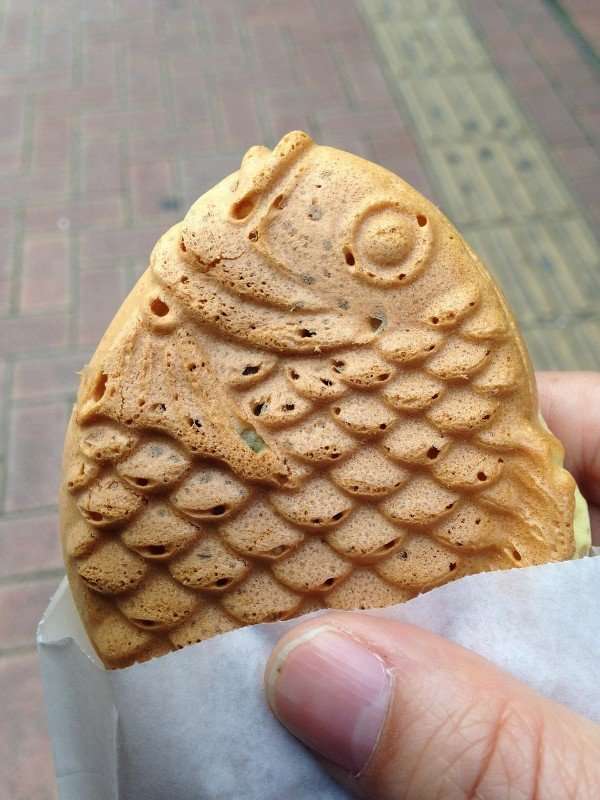 Taiyaki is a traditional Japanese pastry shaped like a fish. These sweets are filled with different kinds of fillings like red bean, chocolate, custard cream, or ice cream. Family Mart offers a cold variety, the custard-cream taiyaki, which is great for the summer.

One would think that Mont Blancs are exclusive to cake shops in Japan, but these creamy desserts of pureed, sweetened chestnuts are quite popular all over the country. That’s why they’re one of the best sweets at a Japanese convenience store. Different konbini in Japan all offer their own version of this sweet, but Lawson’s Mont Blanc uses Japanese chestnuts for the puree and even includes a whole chestnut on top. Talk about fancy! 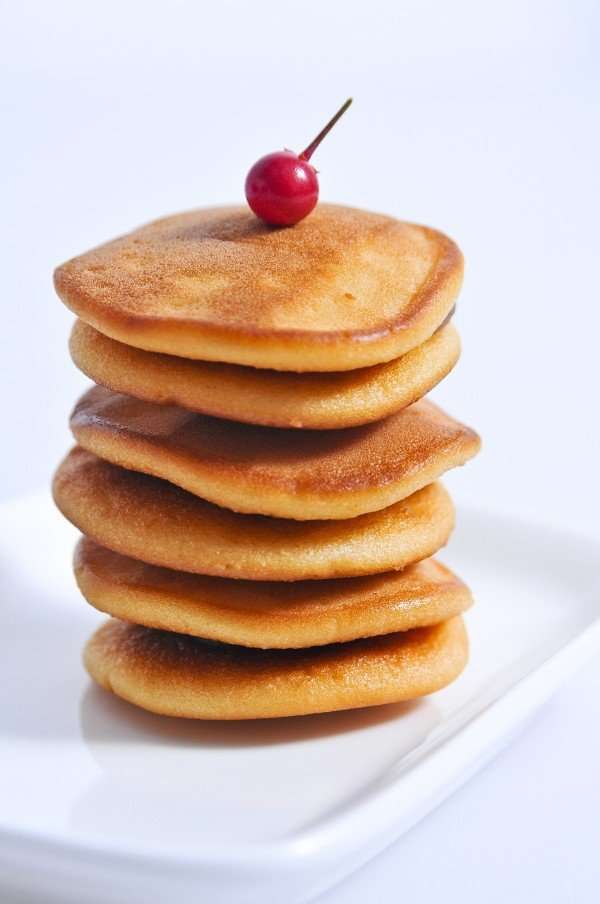 As one of the classic Japanese treats that the young and old alike love, dorayaki is a comfort food that many people would recommend. It is made from pancakes and red bean paste. However, there are convenience store varieties like Lawson’s dorayaki with red bean and cream filling that give you more than just another red bean treat.

There are many varieties of pudding that you can find in Japanese convenience stores but nothing quite like this. One of the famous J-travel vlogs on YouTube named Paolo from TOKYO recommends the Ore No Pudding from Family Mart for its sheer size. It weighs a little over one pound! Try to see if you can finish this in one sitting.

The Japanese’s love for convenience and sweets combined make konbini confectionary such a treat. Don’t forget to drop by their convenience stores and have a taste of these sweets! When in doubt, you can always refer to snack-choosing guides one to help you decide.

Thanks for sharing!
« De-Stress At Home With These Essential Changes
A Couple’s Review of the Westgate NYC Hotel »