You are here: Home / Entertainment / Star Wars: The Rise of Skywalker Final Trailer Breakdown and Reaction
Thanks for sharing!

The Rise of Skywalker Final Trailer

If you haven’t seen the new STAR WARS: EPISODE IX: THE RISE OF SKYWALKER trailer yet (or want to see it again; no judging here because I watched it three times when I’d only been up for an hour) you can watch it below.

Okay, let’s break it down!

Where it all begins: The Force

First of all, Rey’s running. Running from what? Apparently there’s a lot of running she does in STAR WARS: EPISODE IX: THE RISE OF SKYWALKER, because first she’s in a jungle, then leaping inside a ship.

We can’t overlook the voice-overs. “It’s an instinct. A feeling.” Rey is obviously spending a lot of time training to master the Force (especially considering what we’ve seen in the other trailers). It makes sense, since the previous two trilogies both focused on the protagonists’ journey with the Force (one becoming a Master Jedi and the other… the exact opposite). Now the question is: Will Rey follow in Luke’s footsteps, or Vader’s?

I Get By With a Little Help from My Friends

We obviously cannot have STAR WARS: EPISODE IX: THE RISE OF SKYWALKER without Poe and Finn, and I am so happy that Rose Tico is going to be back (fight me, haters). “The Force brought us together.” Yes, boy! Obviously there’s some sort of grand scheme that’s going to connect all three trilogies. Although Rey is often considered the main protagonist, this trilogy wouldn’t be complete without Poe and Finn, and I cannot wait to see what these two (plus Rose!) bring to the story and help it reach its climax.

We’ve all wondered since the first movie: Who is Rey? Where does she come from? Kylo tells her in The Last Jedi that he knows who her parents are and that she comes from nothing. The question now is, was he lying? As Kylo says to Rey’s comment (“People keep telling me they know me. No one does”), “But I do.” (Insert Reylo fangirl squeals.)

We all thought Palpatine died in the original trilogy, but learned from the teaser trailer for STAR WARS: EPISODE IX: THE RISE OF SKYWALKER that he apparently survived. “Long have I waited.” For what? “You’re coming together.” Who? Who’s coming together, Palpatine? The Resistance? Rey, Finn, Poe, and Rose? Rey and Kylo? Whatever Palpatine’s plan is, it apparently culminates in a huge battle with tons of ships. (Talking of ships, can we talk about Rey and Chewie flying the Falcon with Poe and Finn in the background? Oh my goodness, the feels!) And then of course, we find out the Palpatine’s last sentence was only a fragment, completed with “…is your undoing.” Oh goodness. What????

These Are the Droids You’re Looking For

The Destiny of the Jedi

Thank you, Fortune-Cookie-Luke, for that. There’s a lot in this part of the trailer: Finn, Poe, and Chewie blasting Stormtroopers on a ship; a touching Leia and Rey hug; some sort of sand sailing with some of our favorites; Lando and Chewie pilot the Falcon; someone is shooting at a battleship; space-horses. One thing is for certain: This movie is going to be exciting!

Okay, bear with me! Maybe Rey and Kylo won’t end up together romantically, but you can’t deny that they are going to end up together in some way! They are two sides to the same coin. Evidently they are going to wind up fighting together again, and it looks like they might even be facing Palpatine together. (Kylo’s looking all serious, and then the trailer cuts to Rey approaching what looks like Palpatine’s throne.)

The Force will be with you. Always.

What a way to end to end the trailer, with Luke and Leia officially leaving the Star Wars legacy with Rey. We can only hope that she is worthy of this. (Side note: Anyone else keenly aware that we didn’t get another look at Sith Rey?)

Do you have anything to add to my STAR WARS: EPISODE IX: THE RISE OF SKYWALKER trailer breakdown?

See Star Wars: Episode IX: The Rise of Skywalker in Theaters This Christmas 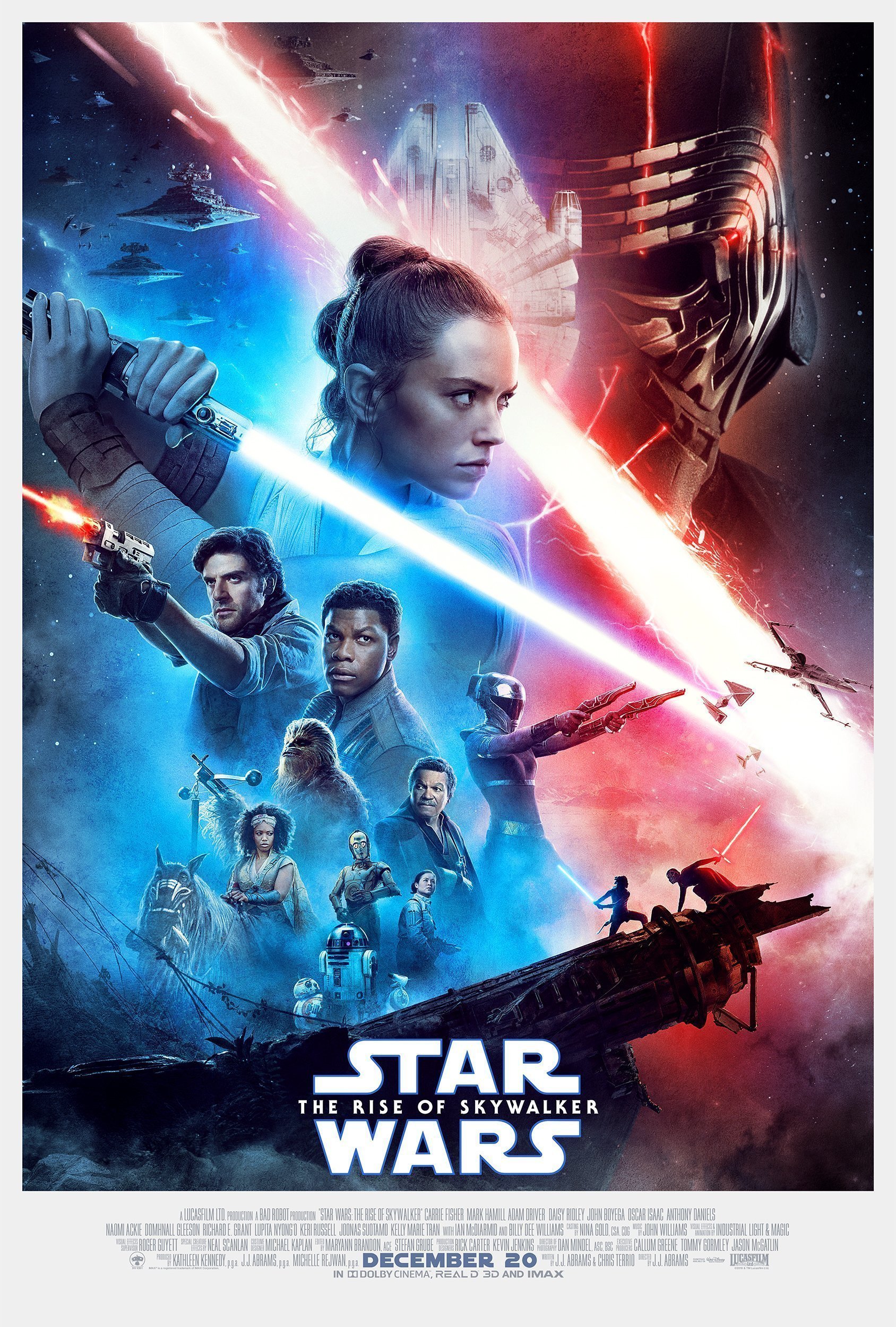 STAR WARS: EPISODE IX: THE RISE OF SKYWALKER comes to theaters December 20th, 2019. Tickets are on sale now! And if you need something to tide you over until then, feel free to watch the teaser trailer and special look, both of which I broke down on past blog posts. And feel free to fangirl/fanboy in the comments below! I’d love to know some of your theories, and what you’re most excited to see! 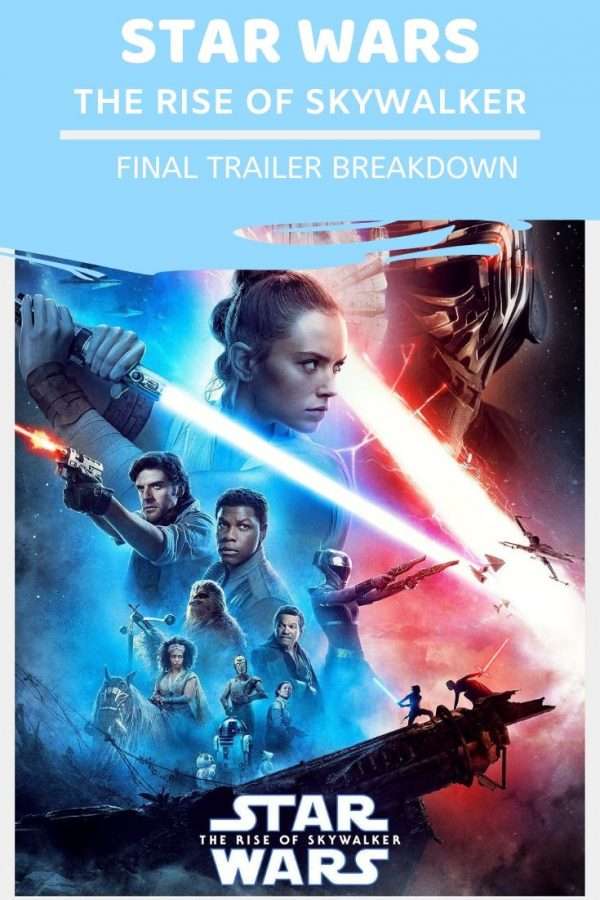 Thanks for sharing!
« Can’t Judge a Book By Its Murder Review and Guest Post
When Your Parents Move Into The Granny Flat »