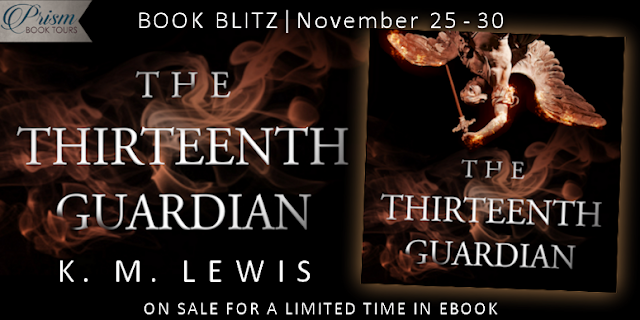 ***For a limited time, grab this on sale in ebook for $2.99!
Soon available in audiobook! Listen to the first four chapters here.*** 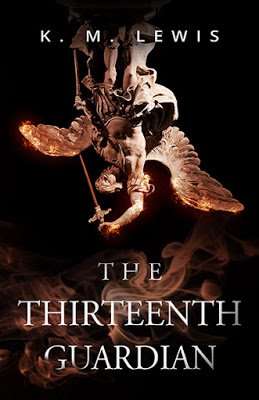 DA VINCI’S SECRET PALES. Michelangelo concealed an explosive truth in his famous Creation of Adam fresco in the Sistine Chapel. Eve did not cause the fall of man. She carried a far more devastating secret for millennia—one that will change the world forever.

As the modern-day world suffers the cataclysmic effects of the “Plagues of Egypt,” Avery Fitzgerald, a statuesque Astrophysics major at Stanford, discovers that she is mysteriously bound to five strangers by an extremely rare condition that foremost medical experts cannot explain.

Thrust into extraordinary circumstances, they race against time to stay alive as they are pursued by an age-old adversary and the world around them collapses into annihilation. Under sacred oath, The Guardians—a far more archaic and enigmatic secret society than the Freemasons, Templars, and the Priory—protect Avery as she embarks on a daring quest that only legends of old have been on before.

Avery must come to terms with the shocking realization that the blood of an ancient queen flows through her veins and that the fate of the world now rests on her shoulders.

The Thirteenth Guardian is Book One of a daring new Trilogy that will shake you to your core.

About the Upcoming Audiobook

Book reviewers raved that the opening chapters of The Thirteenth Guardian hooked them immediately: so, I am excited to release the first four chapters (and a bonus excerpt) in free audio format. The audio chapters are available on all major podcast platforms—including iTunes, GooglePlay, Spotify, iHeartRadio, Stitcher and TuneIn. Check them out here.

I interviewed quite a few voice actors and chose the “Three Days” excerpt (which I released first) as the real test of the voice actors because the chapter, in many ways, represents the overall tone of the novel – fast paced, full of suspense, and totally gut wrenching. I needed a voice that would truly capture the weight of the story and convey the gravity of what unfolds in the book. And I still shudder every time I listen to the “Three Days” audio excerpt—its pretty powerful. The feedback so far has been overwhelmingly positive.

I also wanted to provide a window into what was going through my mind as I wrote the novel. So I thought a short behind-the-scenes commentary tied to each of the free audio chapters would be a cool addition. The Thirteenth Guardian is a pretty daring novel, and I think the commentary gives the reader an added dimension to the story that really brings it to life.

K.M. Lewis has lived in multiple countries around the world and speaks several languages. Lewis holds a graduate degree from one of the Universities featured in his book. When he is not writing, Lewis doubles as a management consultant, with clients in just about every continent. He does much of his writing while on long flights and at farflung airports around the globe. He currently resides on the East Coast of the United States with his family. 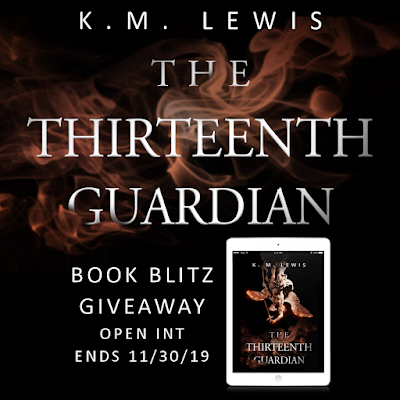 One winner will receive an ebook of THE THIRTEENTH GUARDIAN
Open internationally
Ends November 30, 2019

Thanks for sharing!
« Keeping Your Dog Healthy And Happy
Knowing When To Move On To The Next Phase Of Your Life »