You are here: Home / Animals / Dogs / How To Help Your Dog De-Stress
Thanks for sharing!

Have you noticed that your dog is acting differently lately? Has he started to get more aggressive? Is he licking himself or panting more often than normal? Maybe he’s shaking a lot or pacing around the room when he’d usually be sitting quietly. All of these things are signs that your dog is experiencing a high level of stress.

Just like us humans, dogs can experience periods of stress that, when they build up too far or go on for too long, can cause them to act in ways that they would not behave when they are well.

Unfortunately, unlike us humans, dogs do not have a great deal of resources at their disposal to deal with their stress, which is why we, as owners, have to be vigilant and help our dogs to overcome their issues.

If you think your dog may be undergoing a period of stress, here are some very effective things you can do to help them de-stress. 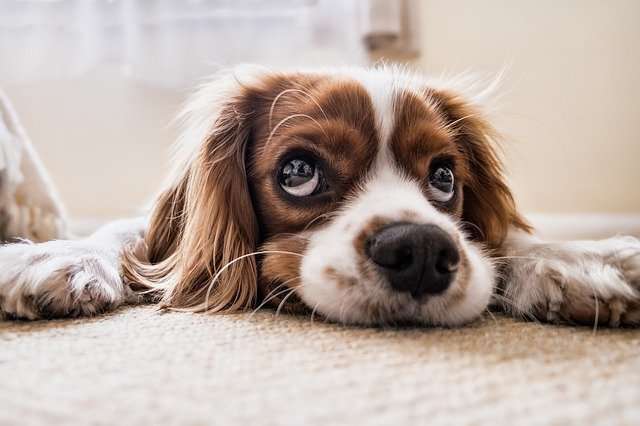 If your dog regularly shows signs of stress, the first thing you should do is have him checked over by a veterinarian to rule out illness. Sometimes, dogs will become stressed due to an illness or injury, and sometimes they may be in such a bad way that they develop mental health conditions that may require dog anxiety medication or pain medication (among other things) to help them. It’s important such issues are ruled out as soon as possible.

This is something that every dog owner should be doing anyway unless there is a medical reason why their dog cannot exercise regularly.  It is even more important when you are dealing with a stressed dog. Dogs who are walked regularly and who spend a lot of time playing with their owners and/or other dogs are far less likely to be stressed long term than those who are not allowed to burn off energy and have some fun. Of course, regular exercise will also help to keep your dog healthy and living longer too. So whatever you do, make time for physical exercise with your pooch. 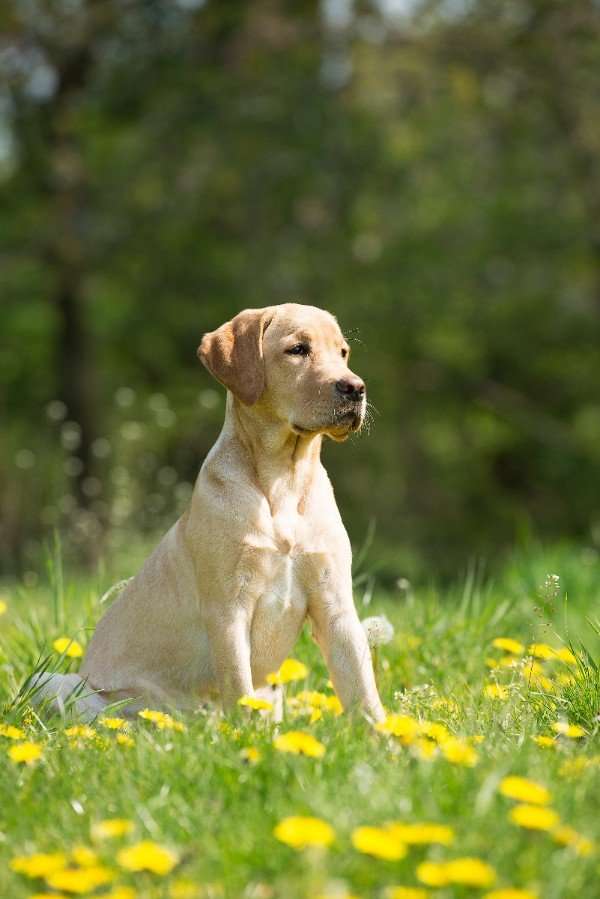 It might sound a little silly and it certainly isn’t for every dog owner, but Dogya classes which are basically yoga classes that your dog can join in with. They are popping up all over the place and they can be very calming for dog and owner. They can be a great way of bonding and having some active time together.

Just like humans, dogs need mental stimulation as much as physical stimulation if they are to be as happy and healthy as possible. Luckily, it’s really easy to keep your dog stimulated intellectually. All you need to do is pick up one or two dog puzzle toys, which usually require them to solve a puzzle in order to obtain a treat.

Some dog owners don’t like the idea of keeping their pet in a crate. However, having a crate around for those times when your dog is feeling overwhelmed is a good idea. It gives her a safe place of her own that she can retreat to when things are becoming too overwhelming for her. It’s kind of like a den, which their wild brothers the wolves have. If your dog is crate trained, she’ll always have a place to retreat to.

Give them comforting possessions

Give your dog something that comforts him. That might be a blanket that contains your scent or a favorite soft toy. Even an old item of your clothing will help comfort your dog. Giving your dog access to possessions that will help him feel safe and secure is a very good way of bringing his stress levels down. 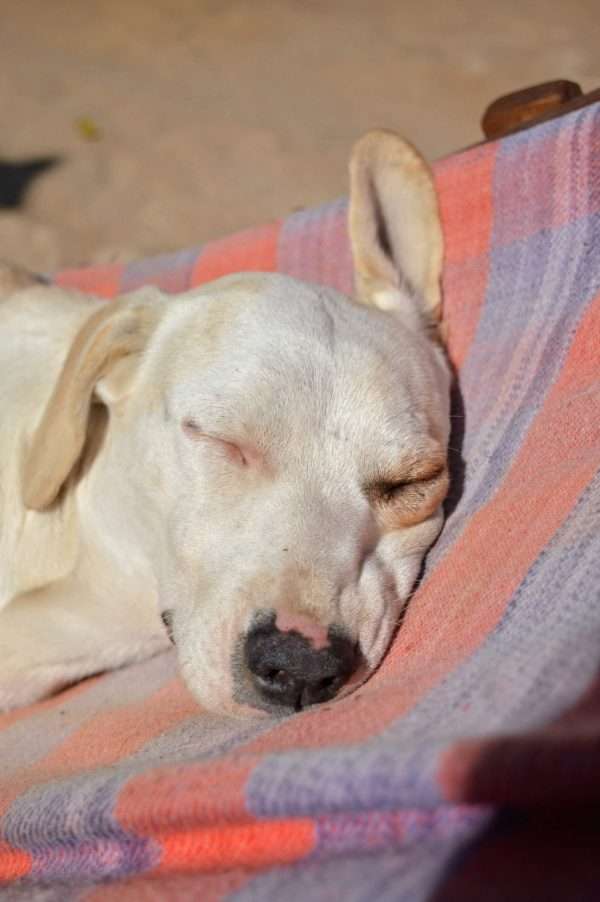 The idea of your pug relaxing on the couch while listening to a little Beethoven might be quite comical, but there is some evidence to suggest that the greats of classical music can have a soothing effect on animals as much as they can on humans. Playing classical music during stressful periods, such as when your dog has been left home alone or when there are loud noises in the area can provide companionship and comfort, which could be just what they need to keep them feeling well.

As a dog owner, you’ll probably know that your dog takes its cue from you in a lot of situations. If you’re excited your dog tends to get excited too. If you’re having a lazy day on the couch, your dog will join you too. This is true of more difficult emotions like stress and fear too. Your dog can pick up how you are feeling. If you’re feeling particularly stressed, your mood could rub off on them too. That’s why it’s important if you can to remain calm around your stressed dog. Be cool. Show him some love, and chances are he’ll start to calm down too.

If your dog is stressed by a particular object or situation, for example, other unfamiliar dogs, it may be possible for you to train him to be calm around them. This is something you will need to do very gradually. Expose him to his trigger a little at a time. A dog behavior specialist can help if you can afford it. In fact, a well-trained dog is generally less likely to be stressed. That’s because he will know his place and what to expect in a wide variety of situations.

There are a number of pheromone-based products on the market that claim to mimic the smell of mother dogs. These products can often be used to soothe your dog’s stress very effectively. However, instead of relying on them in the long-term, it is far better to try to work out the root cause of their stress and either eliminate it or help them to deal with it.

Bond with your dog, show him lots of love, exercise him regularly and throw in a little training and he’ll be de-stressed in no time.

Thanks for sharing!
« How To Notice A Friend In Need
Bound for Murder by Victoria Gilbert Guest Post »