You are here: Home / Entertainment / Sundance Now’s March 2020 Slate
Thanks for sharing!

Have you been on the fence about subscribing to Sundance Now? The March slate will convince you to give it a try! March introduces True Crime Tuesdays as well as several exclusive premieres.

THE OTHER BOLEYN GIRL

A historical romantic drama adapted from Philippa Gregory’s novel of the same name. It is a fictionalized account of the lives of 16th century aristocrats Mary Boleyn (Scarlett Johansson), the one-time mistress of King Henry VIII, and her sister Anne (Natalie Portman), who became the monarch’s ill-fated second wife. (2008)

AILEEN: Life and Death of a Serial Killer 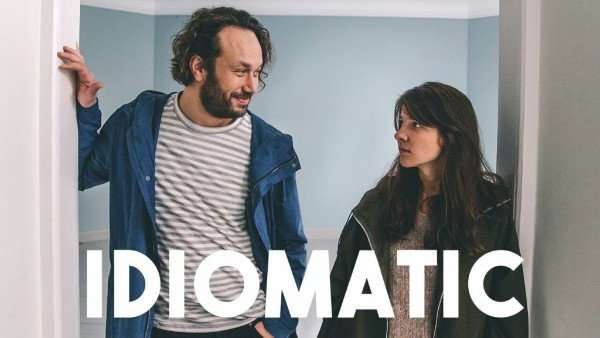 A modern-day Finnish romantic comedy series following the lives of an urban, bilingual, environmentally conscious, left-wing couple in their thirties: Aino (Anna Paavilainen) and Micke (Elmer Bäck). They are forced to move to an upper-class neighborhood in Helsinki in an apartment owned by Micke’s wealthy parents, who also live next door. In addition to Micke’s parents, his childhood friend lives in the same building.

When Aino’s brother moves into their guest room, people from all walks of life meet under the same roof – thirtysomethings and their parents, middle class people and blue-collar workers, Finnish speakers and Swedish speakers, right- and left-wingers, childhood friends who have lost touch, and first and foremost, a couple who are still getting to know each other. (10 EPS, Available all at once) 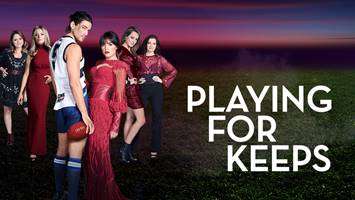 A new episode of the glamorous Australian drama. The inquest begins to heat up in front of the cameras and behind the scenes. News breaks of an alleged affair and Tahlia takes a less than tactful approach with her future mother-in-law.

A biographical drama based on the friendship of Life photographer Dennis Stock (Robert Pattinson) and Hollywood actor James Dean (Dane Dehaan, Chronicle, Valerian and the City of a Thousand Planets). (2015)

Soufra follows the unlikely and wildly inspirational story of intrepid social entrepreneur, Mariam Shaar – a generational refugee who has spent her entire life in the Burj El Barajneh refugee camp, just south of Beirut, Lebanon. The film follows Mariam as she sets out against all odds to change her fate by launching a successful catering company, “Soufra,” and then expand it into a food truck business with a diverse team of fellow refugee women who now share this camp as their home. (Documentary, 2017)

Chronicling the most expensive serial killer investigation in Canadian history, The Pig Farm chronicles the award-winning investigation into the crimes of Robert Pickton. This documentary explores why it took so many years to capture and convict Canada’s most prolific serial killer. (2011)

A British psychological thriller following former police detective Robert (BAFTA and International Emmy Award-winning Christopher Eccleston, Doctor Who) and his wife Katy (Marsha Thomason, White Collar) who turn their picturesque guest house into a safe house after being persuaded by one of Robert’s former colleagues. Robert then finds himself drawn into a game of cat and mouse between a dangerous offender and the family he is trying to protect. (4 EPS, Available all at once). Series 2 coming in May.

Determined to make amends, the women band together to bribe Paige into forgiving them with a down-and-dirty girls’ night out. Rusty makes a shocking decision that will alter his life forever.

The life of a popular high school English teacher (Julianne Moore) turns topsy-turvy when a former star pupil (Michael Angarano, Will & Grace, Sky High) returns home after a failed career as a playwright. Unwilling to see the young man give up his dream, she decides to produce his play at her high school. Also starring Greg Kinnear, Lily Collins and Nathan Lane. (2013)

Following the 2013 Boston Marathon bombing, amateur internet sleuths took to Twitter and Reddit, intent on identifying the individuals responsible. The ensuing investigation led to an innocent young man being charged with the crime, thus changing the face of journalism forever. (Documentary, 2015)

A lavish, Swedish ensemble drama set in the immediate aftermath of WWII. The series follows the Löwander family who run one of Stockholm’s nicest restaurants. Winner of the 2018 Kristallen Award for Best Television Drama. Season 3 starts in Stockholm in 1968 in the preparation of the grand opening of the nightclub Nina’s.

Winner of the 2014 Academy Award for Best Foreign Language Film. A moving and intimate drama about a young novice nun (newcomer Agata Trzebuchowska) in 1960s Poland who, on the verge of taking her vows, uncovers a shocking family secret dating back to the German occupation. (Film, 2013)

Nina suspects Ester and Peter of being involved in the tear gas attack against Nina’s nightclub. Nina’s head chef has resigned, and the kitchen staff are struggling.

Tahlia continues to plan the engagement party whilst Connor’s guilt gets the better of him.

From AMC Networks, Sundance Now is for culture craving TV watchers looking for their next series to obsess over. Sundance Now can be enjoyed for $6.99/month or $4.99/month with an annual membership. No cable subscription is needed.

Thanks for sharing!
« Can CBD Help with Anxiety for Pets?
Dream Big, Little Scientists Book Review »