You are here: Home / Books / One Little Lie by Colleen Coble Book Review
Thanks for sharing!

Welcome to the Book Tour for One Little Lie by Colleen Coble.

It started with one little lie. But Jane Hardy will do everything in her power to uncover the truth in this gripping new romantic suspense. 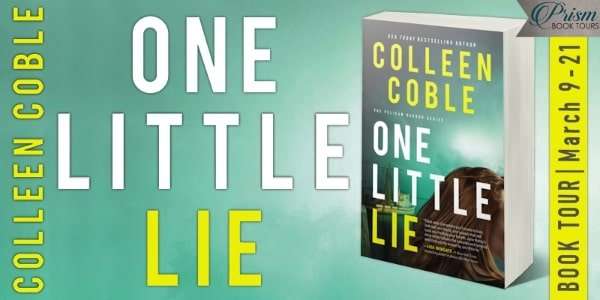 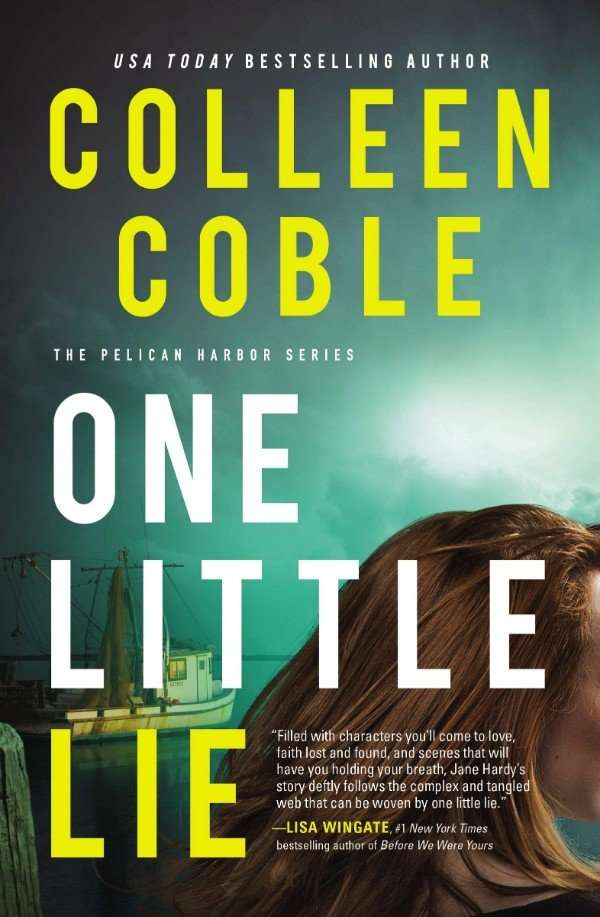 Jane Hardy is appointed interim sheriff in Pelican Harbor, Alabama, after her father retires, but there’s no time for an adjustment period. When her father is arrested for theft and then implicated in a recent murder, Jane quickly realizes she’s facing someone out to destroy the only family she has.

After escaping with her father from a cult fifteen years ago, Jane has searched relentlessly for her mother—who refused to leave—ever since. Could someone from that horrible past have found them?

Reid Bechtol is well-known for his documentaries, and his latest project involves covering Jane’s career. Jane has little interest in the attention, but the committee who appointed her loves the idea of the publicity.

Jane finds herself depending on Reid’s calm manner as he follows her around filming, and they begin working together to clear her father. But Reid has his own secrets from the past, and the gulf between them may be impossible to cross—especially once her father’s lie catches up with him.

Praise for One Little Lie

“Colleen Coble always raises the notch on romantic suspense, and One Little Lie is my favorite yet! The story took me on a wild and wonderful ride.” —Diann Mills, bestselling author

“Colleen Coble once again proves she is at the pinnacle of Christian romantic suspense. Filled with characters you’ll come to love, faith lost and found, and scenes that will have you holding your breath, Jane Hardy’s story deftly follows the complex and tangled web that can be woven by one little lie.’ —Lisa Wingate, #1 New York Times bestselling author of Before We Were Yours

My review of One Little Lie

Over the years, I’ve read many of Colleen Coble’s books and have enjoyed them immensely. She never ceases to amaze me with her ability to come up with new stories. One Little Lie is another example of her superb writing.

This Christian romantic suspense novel begins with Jane escaping a cult with her dad and jumps 15 years into the future with Jane being appointed chief of police…her dad’s former position. Jane’s first case as chief is huge. Several murders happen in a short time frame, there’s an abduction, and Jane’s dad is arrested. To make matters worse, Jane is being shadowed by documentary filmmaker Reid Bechtol. She’s annoyed by his presence at first, but Reid becomes Jane’s ally during these cases.

Reid has told everyone that he’s there to make a documentary about female officers, but he has a different reason for shadowing Jane. When Jane finds out the truth, it completely rocks her world. I obviously won’t tell you what that truth is, but along the way, you will figure it out before Jane does.

One Little Lie is filled with well-written characters, and you’ll love reading their stories. There is an illness in the book that isn’t resolved in One Little Lie, so I’m looking forward to reading the next book in the series to find out what happens! The book’s pacing is perfect for a suspense novel. You’ll be frantically reading to find out how all of the clues fit together.

Though One Little Lie is a Christian suspense, Jane’s faith is shaky at best. And, having lived in a cult during her formative years, it’s totally justifiable. Her friend encourages her to attend her church, so Jane can see that the cult’s leader wasn’t following or preaching the gospel of Christ.

I can’t wait to see what The Pelican Harbor series holds next! Read One Little Lie, and let’s talk about it! 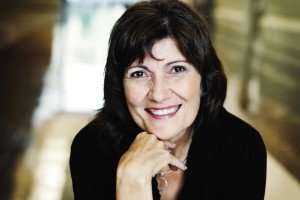 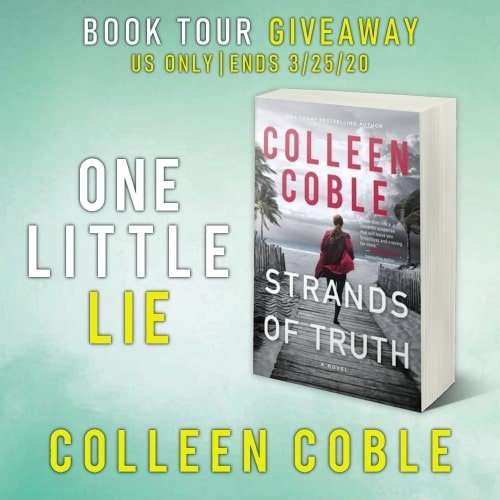 One winner will receive a print copy of Strands of Truth by Colleen Coble (US only)
Ends March 25, 2020