You are here: Home / Books / Deeplight (YA Fantasy) by Frances Hardinge Book Review
Thanks for sharing! 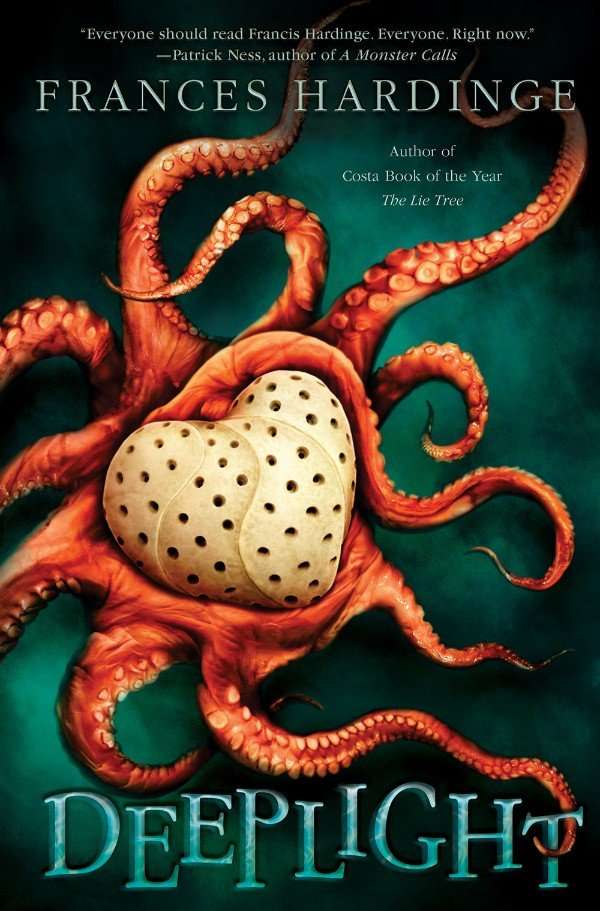 Frances Hardinge crafts a twisty YA fantasy with her new novel, DEEPLIGHT (on sale now from Amulet Books; ages 12+), a story that follows two teen boys and the still-beating heart of a long-deceased, and terrifying, deity that begins to control both of their lives.

The gods are dead. Decades ago, they turned on one another and tore each other apart. Nobody knows why. But are they really gone forever? When 15-year-old Hark finds the still-beating heart of a frightening deity, he risks everything to keep it out of the hands of smugglers, military scientists and a secret fanatical cult so that he can use it to save the life of his best friend, Jelt. But with the heart, Jelt gradually and eerily transforms. How long should Hark stay loyal to his friend when he’s becoming a monster—and what is Hark willing to sacrifice to save him?

I cannot begin to recommend Deeplight by Frances Hardinge enough. It is magical, mysterious, and mesmerizing (and more). The worldbuilding, characters, and storytelling are amazing. It truly sucks you in and doesn’t let go!

First, just take a look at the synopsis and appreciate just how truly terrifying it is. The gods are dead…they turned on one another and tore each other apart… Say what? They tore each other apart?! 15-year-old Hark finds the still-beating heart of a terrifying deity… Great. Just great. Still-beating heart….terrifying deity. What could go wrong? he risks everything to keep it out of the hands of smugglers, military scientists and a secret fanatical cult…yeah, that’s what could go wrong…the bad guys could get it! he can use it to save the life of his best friend, Jelt. But with the heart, Jelt gradually and eerily transforms…that could ALSO go wrong. When you read about Jelt’s transformation, you will be terrified!

If you read lots of YA books, you’ve probably heard of YALLWEST. It’s a book festival in California featuring young adult and middle grade authors. Rather than cancel it altogether, the 2020 festival became YALLSTAYHOME. Since my daughter reads a ton of YA books, she knew all about this, and we both signed up to listen to some of the panels. One of the panels was called Modern Magic Worldbuilding, and Frances Hardinge was one of the panelists.

Random information? No! I loved listening to the authors on the panel talk about how they form worlds in their novels. I’ll tell you what: Frances Hardinge is an expert at worldbuilding. She sets up an area of the world composed of islands and the sea. And from what I gathered in reading the book, the residents of the islands (the majority of them, I believe) are unaware of just how large the rest of the world is. I could be wrong, but it seems like they believe the islands are a large center and the rest of the world is small and revolves around the islands.

This island-centric way of life has much to do with the gods. Though the gods are long gone, bits of godware are in high demand. The people believe the godware is powerful, and they’ll risk their lives to get it. Outsiders pay a lot of money for godware too, so to have access to godware is to have power. The author said that her fascination with early submarines played into her worldbuilding as well, and you’ll see that access to these types of submarines gives the characters power as well. Getting to the Undersea means access to more godware. It is this obsessive desire for godware that changes the main characters’ lives forever.

Deeplight is a must read for anyone who appreciates amazing worldbuilding and fascinating storytelling. Speaking of storytelling…the author not only tells the present story, she weaves in stories from the past…from when the gods were alive. And stories of how they died. I don’t even have the words to describe how brilliantly Hardinge tells stories. Deeplight will stick with me for a very long time. You have to read this. Seriously. It’s amazing. Read it! Now!

★ “Monsters and mortals collide in this fantasy adventure that explores the hypnotic allure of fear, the adamant grip of the past, and the redeeming power of stories.” 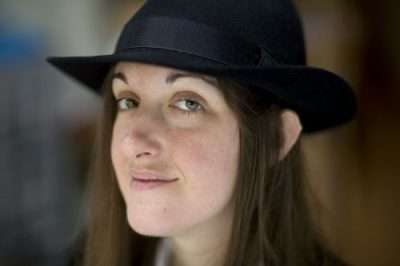 Frances Hardinge is the winner of the Costa Book of the Year for The Lie Tree, one of just two young adult novels to win the major UK literary prize. Known for her beautiful use of language, Hardinge has written many critically acclaimed novels, including Cuckoo Song, Gullstruck Island, Fly by Night, Verdigris Deep, and Fly Trap. She lives in England. Visit the author at franceshardinge.com.

Thanks for sharing!
« Kingdom Above The Cloud by Maggie Platt Guest Post
Tips To Keep Your Family Household Healthy »