You are here: Home / Books / Explorer Academy Books by Trudi Trueit
Thanks for sharing!

Welcome to the Something to Marble at Giveaway Hop! I’ve got all four books in the Explorer Academy series that one of you will win courtesy of the sponsor! 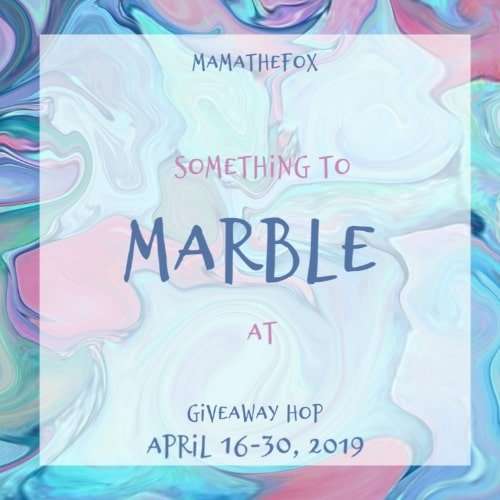 Thanks to our host, MamatheFox. 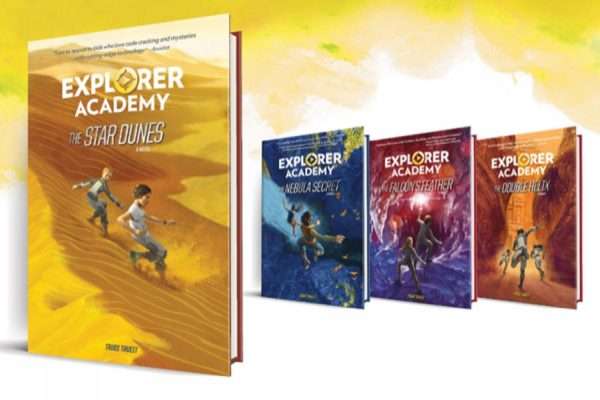 Follow 12-year-old Cruz Coronado during his time at the prestigious Explorer Academy, where he and 23 kids from around the globe are training to become the next generation of great explorers. In addition to making new friends and attending cool classes, Cruz must also work to unlock clues to his family’s shadowy past if he is to solve the mystery of his mother’s untimely death.

With four critically acclaimed titles in this series now available, two companion nonfiction activity books and literally hours and hours of videos, games, and info on real-life explorers at ExplorerAcademy.com , Explorer Academy is the perfect way to keep kids learning, reading and engaged.

Find out who’s who in the Explorer Academy books! Learn all about Cruz, his friends, family, and more! You can read the first chapters of each of the books on the website. Furthermore, the website has videos about the series, educational games for your kids to play online, and lots more! 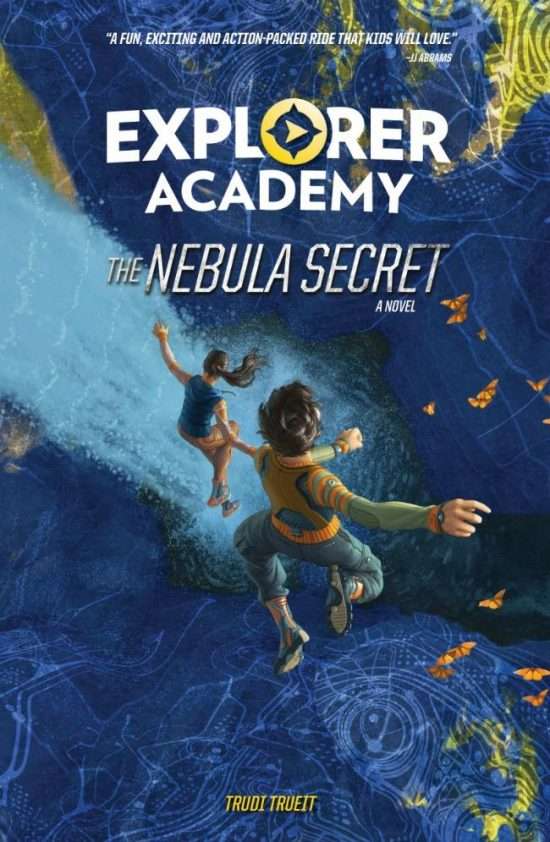 Adventure, danger, and a thrilling global mission await 12-year-old Cruz Coronado as he joins an elite school for explorers in The Nebula Secret.

Cruz leaves his tranquil home in Hawaii to join 23 talented kids from around the globe to train at the Explorer Academy with the world’s leading scientists to become the next generation of great explorers. But for Cruz, there’s more at stake. No sooner has he arrived at the Academy than he discovers that his family has a mysterious past with the organization that could jeopardize his future. In the midst of codebreaking and cool classes, new friends and augmented-reality expeditions, Cruz must tackle the biggest question of all: Who is out to get him … and why?
Readers can get in on the excitement with puzzles and codes embedded throughout. 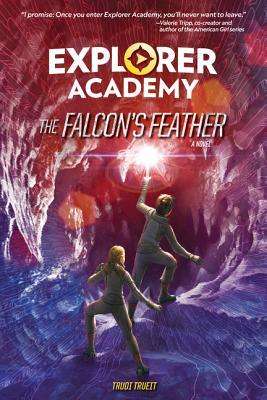 It’s an adventure of a lifetime when Cruz Coronado sets sail for the shores of Iceland and Norway aboard the Explorer Academy ship to continue his studies at sea. But, things take a turn while exploring the icy north, when he embarks on a dangerous mission to uncover the first piece of an important puzzle his mother left behind.

In the exciting follow-up to The Nebula Secret in the 7-book Explorer Academy series, Cruz, Sailor, and Emmett, along with their new ally Bryndis, embark on their first globe-trotting mission aboard the ship Orion. Cruz jumps right back into school and starts using the latest technology in submersible underwater dives, but is soon reminded of the dangers of exploration when his equipment fails and he almost drowns.

Determined to keep his eyes on the prize, Cruz sneaks away to try to find answers, but unknowingly lures his friends into bigger trouble. When a friend of Cruz’s mom meets an untimely end, Cruz’s luck really seems about to run out and the questions multiply. What does the message mean? Where will it lead? Who is following him? And why? 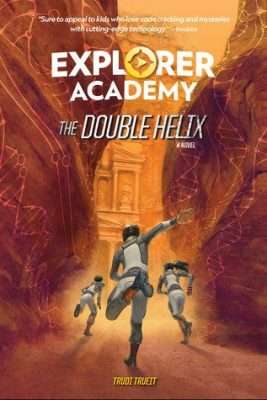 The mystery deepens and the action intensifies for 12-year-old Cruz Coronado and friends in the exciting third book in the Explorer Academy series.

The adventure continues for Cruz, Emmett, Sailor, and Bryndis as they continue their studies at sea and travel to exotic locations around the world. A mysterious person alerts Cruz to impending danger while he and a few trusted pals explore ancient ruins in Petra, Jordan, and search for another piece of the puzzle his mother left behind. Worst of all, now his father has gone missing, which prompts Aunt Marisol, his number one protector, to leave the ship in search of him. Who is the new professor who takes her place? How does the new technology he introduces help or hurt Cruz’s quest? Why is Nebula determined to stop Cruz before he turns 13? The clock is ticking as his first teen birthday draws near … a milestone that will change his life forever, one way or another. 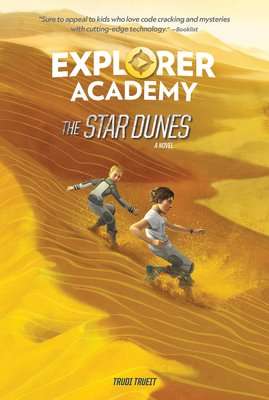 Cruz, Sailor, Emmett, and the gang are on their way to Africa when Nebula misses their intended target and someone close to Cruz ends up on the brink of death. Secrets creep out from the shadows and leave Cruz with more questions than answers in this fourth title in the hit series.

A major discovery forces the Explorer Academy into the limelight in The Star Dunes, but Cruz has much more on his mind than 15 minutes of fame. A new face on board the ship brings Cruz’s worlds colliding, just as a major close call tears them apart. En route to Africa, Team Cousteau is now down a major player, and Cruz can’t help but be preoccupied by the hole in his life.

The discovery of his mom’s next clue leads him to the most exotic location yet–a vast desert–with no other information to lead the way, while an unlikely ally helps Cruz pursue another piece of the puzzle. Just as things seem like they might turn out alright, Dr. Fanchon Quills has a technological breakthrough which gives Cruz a glimpse into the past and reveals more about his future than he may really want to know.

Praise for the series

“Inspired by the adventures and research of real-life National Geographic explorers, Explorer Academy is exciting and smart. Readers get to meet a diverse, capable, curious crew as well as their amazing instructors. A dangerous side mission adds to the thrills!” —Karen Bokram, Editor-in-Chief, Girls’ Life

“Explorer Academy is sure to awaken readers’ inner adventurer and curiosity about the world around them. But you don’t have to take my word for it, check out Cruz, Emmett, Sailor, and Lani’s adventures for yourself!” —LeVar Burton, host of Reading Rainbow and LeVar Burton Reads

“Inspires the next generation of curious kids to go out into our world and discover something unexpected.” —James Cameron, National Geographic Explorer-in-Residence and acclaimed film-maker 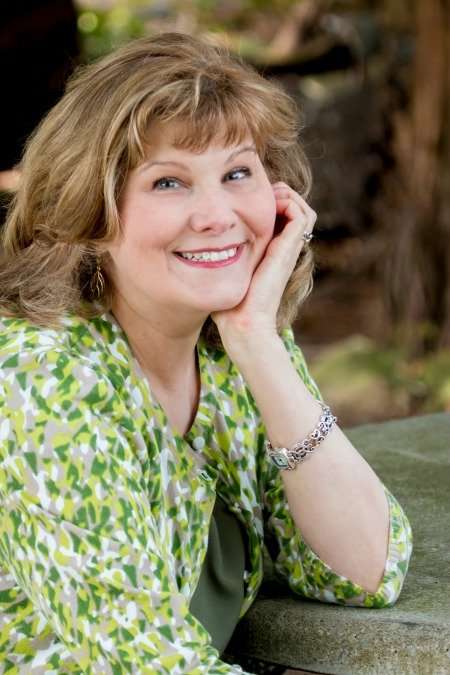 TRUDI TRUEIT has written more than 100 books for young readers, both fiction and nonfiction. Her love of writing began in fourth grade, when she wrote, directed, and starred in her first play. She went on to be a TV news reporter and weather forecaster, but she knew her calling was in writing.

Trueit is a gifted storyteller for middle-grade audiences, and her fiction novels include The Sister Solution, Stealing Popular, and the Secrets of a Lab Rat series. Her expertise in kids nonfiction encompasses books on history, weather, wildlife, and Earth science. She is the author of all the narratives for the Explorer Academy series, beginning with Explorer Academy: The Nebula Secret. Trueit was born and raised in the Pacific Northwest, and lives in Everett, Washington. 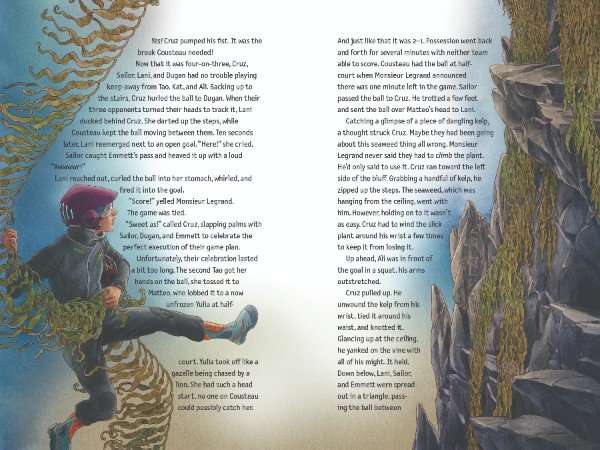 SCOTT PLUMBE is an award-winning illustrator, designer, and fine artist whose work appears in books and magazines, games, interpretive centers, private collections, and more. His illustrations have been featured in magazines such as Communication Arts (US), Applied Arts (CA), Creative Review (UK), and 3×3 (US).

Courtesy of the sponsor, one reader will win the four books above.

Thanks for sharing!
« To Fetch a Scoundrel: Four Fun “Tails” of Scandal and Murder (Mutt Mysteries) Character Guest Post
Why Retro Glasses Are So Popular with Consumers »