You are here: Home / Books / Miranda and The D-Day Caper Guest Post
Thanks for sharing!

Welcome to the Great Escapes Virtual Book Tour for Miranda and the D-Day Caper by Shelly Frome. Stop by each blog on the tour for interviews, spotlights, reviews and more!

Miranda and the D-Day Caper 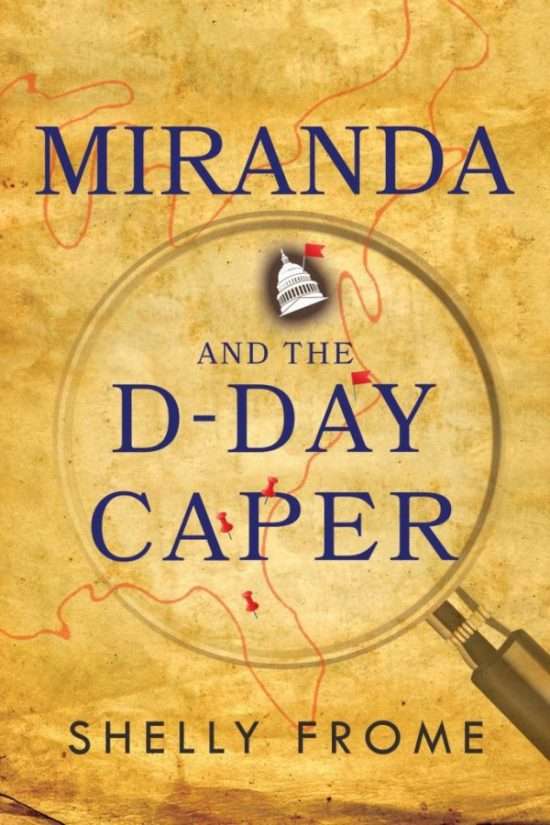 A modern day mystery with WWII tactics, old-time heroes and values, and the efforts of two amateur cousin sleuths from the Heartland.

On a sparkling spring morning in the Blue Ridge, small-town realtor Miranda Davis approached the tailgate market, intent on dealing with her whimsical cousin Skip’s unexpected arrival from New York. It turns out that Skip was on the run and, in his panic, grabbed his beloved tabby Duffy, recalling that Miranda had a recent part in solving a case down in Carolina. His predicament stemmed from intercepting code messages like “Countdown to D-Day,” playfully broadcasting the messages on his radio show over the nation-wide network, and subsequently forced to flee.

At first, Miranda tried to limit her old childhood companion’s conundrum to the sudden abduction of Duffy the cat. But the forces that be were hell-bent on keeping Skip under wraps by any means after he now stumbled close to the site of their master plan. Miranda’s subsequent efforts to decipher the conspiracy and somehow intervene placed both herself and her old playmate on a collision course with a white-nationalist perpetrator and the continuing machinations of the right-wing enterprise, with the lives of all those gathered for a diversity celebration in nearby Asheville and a crucial senatorial vote on homeland security hanging in the balance.

Call in the Whistleblower

A noted Midwestern creative writing instructor offers a unique approach to storytelling. He tells his charges to put aside all trendy plotlines (Gone Girl, The Girl on the Train e.g —driven by an untrustworthy narrator) as well as genre formulas. Instead, he insists that you try not to write. When whatever is going on out there in the world becomes so unbearable you find yourself saying, “I can’t take this anymore,” that’s the sure sign of readiness. You now have a viable generator that will sustain you.

We’re not gonna take it!

In a way, this tack is reminiscent of Paddy Chayefsky’s Oscar winning screenplay for Network (1976). Here we have the ravings of Howard Beal, a news anchor who can’t abide the commercialization of the news and exhorts viewers everywhere to stick their heads out the windows and shout “I’m mad as hell, and I can’t take it anymore!” There was so much going on at the time to rile people up, that folks everywhere were shown opening their windows and wholeheartedly following Howard Beal’s directive.

There are countless other examples. Like Michael Clayton (2007) Tony Gilroy’s Oscar nominated screenplay with best actor winner George Clooney in the leading role. In this tale, Clayton, deployed as a fixer for a prestigious law firm, starts to have second thoughts when he’s sent out one evening to get a client “off the hook” after a hit-and-run accident. He finds the man safe and cozy in his upscale McMansion claiming the victim had no business crossing the dark street in the rain. Later on, the firm’s chief litigator has a breakdown while representing a major chemical company during a multi-billion-dollar class action suit. It turns out this seasoned advocate is also having a crisis of conscience, realizing the company’s pesticides have had disastrous effects, and is convinced he’s been summoned to make amends.

The lesson centers on what it takes for a believable character to finally take on the powers that be. In one telling instance, as the forces of duplicity begin to close in on him, Clayton pulls over, drawn by the sight of a trio of horses at twilight grazing at the top of a rise; perhaps because they’re untainted, natural and free. This cinematic shot is all the more powerful because it’s both symbolic and wordless. Clayton no sooner reaches the horses when his car blows up far below; the chief litigator is subsequently done away with; and Clayton’s quest becomes that much more urgent.

It’s interesting to note that in real life this kind of intrepidness doesn’t always hold. Not long ago, a junior Republican Senator from Arizona, upset with the current machinations of the White House, addressed his colleagues in the Senate, urging them to take heart and speak truth to power. Getting no response, he shrugged off his campaign as a hopeless cause. In contrast, during a point in Lewis Foster’s best original story Mr. Smith Goes to Washington (1939), a novice junior senator (Jimmy Stewart) collides with the political corruption in Washington, crying out on the Senate floor that “a lost cause is the only cause worth fighting for!” After a futile, uphill battle, this naïve common man eventually triumphs.

In this same light, today’s #MeToo- like movements have finally, at long last, been set in motion as women banded together for a hitherto lost cause.

As it happens, in my recent effort entitled Miranda and the D-Day Caper I literally couldn’t take it anymore, longing for days gone by when the small town virtues of truth, decency and the longing to right a great wrong were easily identified with. When two cousins from the Heartland left their comfort zone to take on the powers that be, became thwarted at every turn and, finally, when all seems lost, blew the whistle.

I guess I’m such an incurable storyteller that I couldn’t help myself and had to find some way to step in. 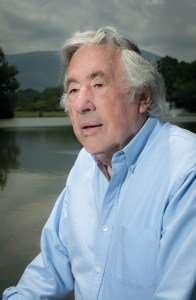 Shelly Frome is a member of Mystery Writers of America, a professor of dramatic arts emeritus at the University of Connecticut, a former professional actor, a writer of crime novels and books on theater and film. He is also a features writer for Gannett Media’s Black Mountain News.

His fiction includes Sun Dance for Andy Horn, Lilac Moon, Twilight of the Drifter, Tinseltown Riff, Murder Run, Moon Games and The Secluded Village Murders. Among his works of non-fiction are The Actors Studio and texts on the art and craft of screenwriting and writing for the stage. Miranda and the D-Day Caper is his latest foray into the world of crime and the amateur sleuth. He lives in Black Mountain, North Carolina.

The Pulp and Mystery Shelf – SPOTLIGHT

Thanks for sharing!
« 5 Hidden Dangers in your Home
All We Buried: A Sheriff Bet Rivers Mystery by Elena Taylor Book Review »